The selection of Col. Stephen Keane eliminates one crucial roadblock to restarting pretrial hearings in the long-running case of the five men accused of helping plot the attack. 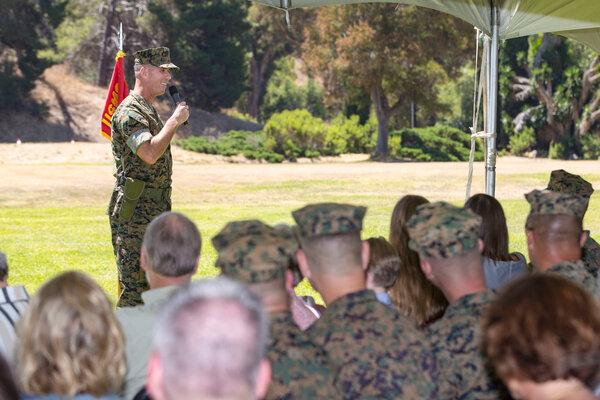 This article was produced in partnership with the Pulitzer Center on Crisis Reporting.

WASHINGTON — A colonel in the Marine Corps was named Thursday to preside as the military judge in the long-running death penalty trial of Khalid Shaikh Mohammed and four other prisoners at Guantánamo Bay, Cuba, who are accused of plotting the Sept. 11, 2001, attacks.

The colonel, Stephen F. Keane, is currently serving as the circuit military judge at Camp Pendleton, Calif., the senior judge on the West Coast for the Marine Corps. Before that he was commanding officer of Security and Emergency Services at Camp Pendleton, responsible for the brig, firefighting and policing on the sprawling 125,000-acre installation with 38,000 residents and about 30,000 commuters.

The appointment by the chief of the military commissions judiciary, Col. Douglas K. Watkins of the Army, removes one obstacle to resuming pretrial hearings in the case that has largely been on hold throughout the coronavirus pandemic.

The previous judge, Col. W. Shane Cohen of the Air Force, abruptly said in March that he would quit the case to retire from the service over the summer, citing family reasons.

Colonel Cohen’s departure, coupled with coronavirus-related travel restrictions, disrupted a timetable of hearings and filing deadlines that he had set in the hopes of starting the trial at Guantánamo next year. Mr. Mohammed is accused of being the mastermind and the other four defendants are accused of selecting, training or helping with the travel and finances of the 19 men who hijacked commercial airplanes on Sept. 11, killing nearly 3,000 people in New York, in Pennsylvania and at the Pentagon.