North Korea’s new missiles are ‘not much more of a threat’: Gen Jack Keane

North Korea displayed what appeared to be the largest display of intercontinental ballistic missiles during a demonstration at a military parade. Fox News senior strategic analyst Gen. Jack Keane with more.

North Korea's new massive missiles are "not much more of a threat," Gen. Jack Keane said on Tuesday in reaction Kim Jong Un showing off what appeared to be one of the largest displays of intercontinental ballistic missiles [ICBM] ever made.

“These authoritarian regimes use these military displays more as a political statement actually, to gain psychological leverage,” he told FOX Business' Maria Bartiromo on "Mornings with Maria."

Keane added that while it’s uncertain whether the missiles are real or a “mockup, because they have used mockups in the past,” if “it is real,” he said, “it is a much larger ICBM than they have ever displayed before.”

The rogue nation celebrated this weekend the 75th anniversary of its ruling party with a parade displaying a number of weapons and military equipment. 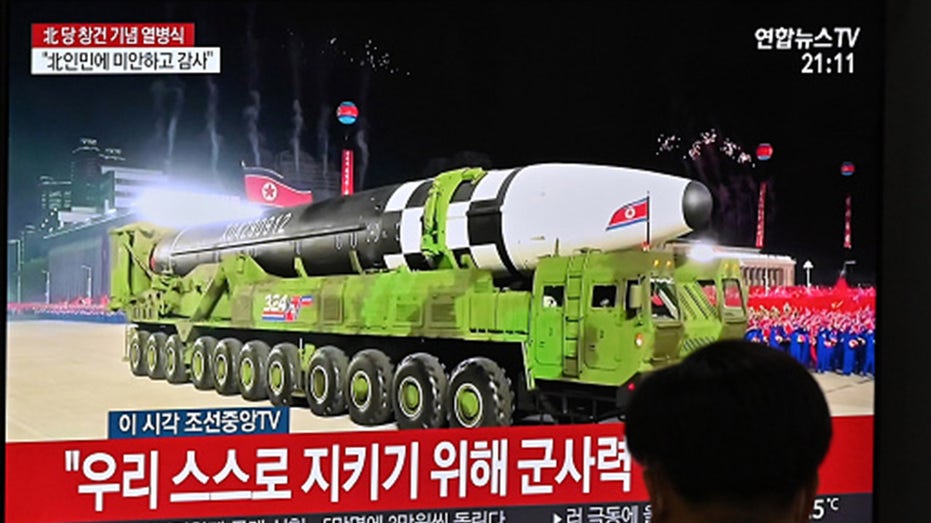 Nuclear-armed North Korea held a giant military parade on October 10, television images showed, with thousands of maskless troops defying the coronavirus threat and Pyongyang expected to put on show its latest and most advanced weapons. (Photo by JUN

The weapons included what was possibly the North’s biggest-yet ICBM, which was mounted on an 11-axel launch vehicle that was also seen for the first time. North Korea also displayed a variety of solid-fuel weapon systems, including what could be an advanced version of its Pukguksong family of missiles designed to be fired from submarines or land mobile launchers.

The missiles' display highlighted how the North has continued to expand its military capabilities during a stalemate in nuclear negotiations with the Trump administration.

Keane pointed out that North Korea “already [has] ICBMs that have been tested as late as November 2017 that can reach the entirety of the United States.”

He went on to say that "there's not much more threat here, except that they can likely put more nuclear warheads on it."

"This is a mobile system which would mean it is more difficult to detect than a silo system where a missile is in the ground someplace. But, nonetheless, it is a fuel system in terms of wet fuel versus solid fuel and it would take a considerable amount of time to load it so we would still know where it is,” Keane explained.

Keane added that if there was a threat, the objective of the U.S. concerning ICBMs is to "shoot them down before they lift off and not have to deal with the air defense system that we have."

"The reason why North Korea has nuclear weapons and ICBMs is to guarantee the preservation of their regime. They don’t want to go to war with the United States which would end their regime," said Keane.