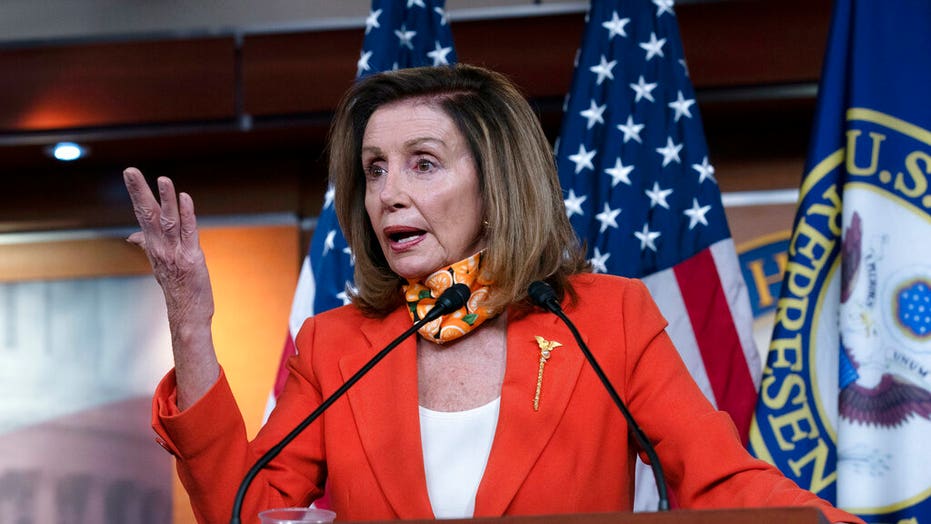 House Speaker Nancy Pelosi spelled out a dire prediction for President Trump should the election come down to the House to be decided.

“We have all sorts of opportunities to take down that one vote,” Pelosi said during a news conference Thursday morning. “There ain’t no light at the end of the tunnel for you in the House of Representatives,” she added, referring to Trump.

In the case of an Electoral College deadlock or if no candidate receives a majority of the votes, a “contingent election” is held, and the results are decided in the House, according to the 12th Amendment. Each House state delegation votes as a whole for one candidate, rather than a vote from each representative. What candidate receives the vote is determined by the tallies of each representative within the delegation.

This means the presidency may not be decided by who controls the House but rather who controls more state delegations. Currently, Republicans control 26 delegations and Democrats control 22. Pennsylvania is tied and Michigan has a 7-6 plurality for Democrats, but one independent — Justin Amash, who leans right.

Trump, in a rally over the weekend, said: “We have an advantage if we go back to Congress.”

Contingent elections are rare and have only occurred three times in history, all in the 1800s.

Pelosi went on to say Thursday that Trump keeps her up at night.

“As Speaker, people say to me, What keeps you up at night?” the speaker said. “The night of the debate, you saw what keeps me up at night … to refuse to rebuke white supremacists, to refuse to commit to a peaceful transfer of power.”

Pelosi, in a Sunday letter to House Democrats, warned of the possibility that the election would come down to the House.

“The Constitution says that a candidate must receive a majority of the state delegations to win.  We must achieve that majority of delegations or keep the Republicans from doing so,” Pelosi wrote.

“Because we cannot leave anything to chance, House Majority PAC is doing everything it can to win more delegations for Democrats,” she added. “It’s sad we have to have to plan this way, but it’s what we must do to ensure the election is not stolen.”