The elected prosecutor of Portsmouth, Virginia, dropped controversial charges on Monday against a high-ranking state senator, local civil rights leaders and city public defenders in connection with what the local police department had claimed was a felony criminal conspiracy to cause “injury to” the city’s Confederate monument.

The same day, Portsmouth city officials fired suspended Police Chief Angela Greene, who had authorized a police sergeant with a grudge to bring the unusual felony charges against the 19 defendants, including state Sen. Louise Lucas (D), a prominent critic of Greene. Since Greene’s suspension in September over the incident, she has aligned herself with conservatives seeking to oust Lucas from office.

Lucas is the most powerful Black woman politician in a former slave state, and the felony charges against her raised significant First Amendment concerns.

Police attempted to charge Lucas for her rhetoric about how police should handle demonstrators at a daytime protest against Portsmouth’s Confederate monument in June, not long after the death of George Floyd, a Black man, at the hands of police in Minneapolis.

Police alleged Lucas’ words were part of a criminal conspiracy that caused more serious destruction hours later, after night fell and she had left the scene. It was then that demonstrators used sledgehammers to damage the monument’s Confederate statues, causing one to fall on a protester. Greene’s police department didn’t intervene that evening until the demonstrator was hurt.

Civil rights leaders and Democratic leaders argued the charges were politically and racially motivated, especially given the police department’s history of racial bias and the expressed political views of the sergeant overseeing the case. The Portsmouth Police Department brought the charges without the loca prosecutor’s approval, relying on Virginia’s unusual magistrate system. The department then tried to sideline Portsmouth Commonwealth’s Attorney Stephanie Morales from handling the charges against Lucas and the others. The elected progressive prosecutor previously secured a conviction against a former Portsmouth police officer who killed a Black teenager.

Morales fought back against the “bad faith” attempt to keep her off the cases, and a judge ruled her office could play its normal role.

On Monday, the court granted Morales’ motion to dismiss the 19 cases with prejudice, meaning they can’t be brought again. Judge Claire Cardwell, an outside judge named to preside over the cases, said in court that she was very concerned that the police department tried to circumvent the office of the commonwealth’s attorney in the matter, Morales told HuffPost.

“In thoroughly reviewing the investigative file, it became abundantly clear there was a mountain of exculpatory evidence” favoring the defendants, Morales said. The elements needed to pursue the cases “are not properly met.”

Portsmouth Police Sgt. Kevin McGee and his department were able to bring the unusual charges unilaterally without consulting Morales’ office under Virginia’s magistrate system, which allows even regular citizens to file some criminal charges. While some conservative critics have suggested that political considerations weighed into Morales’ handling of the cases, she said her decision was based on the facts of the cases.

“This was not dismissed in a discretionary matter, this was dismissed because the elements were not met,” Morales said. “On each and every case that comes before our office, we have a duty to ensure that the elements are met before proceeding with prosecution. This is not just something that sounds good, this is an ethical obligation that we all have.”

Morales said prosecutors should “never take anything at face value when people’s lives and freedom are on the line” and make sure they “are the gatekeepers for justice at all times.”

McGee was allowed to investigate and bring the charges even though he’d written a lengthy political screed that blasted many of the defendants he’d later charge. Greene praised the officer for that letter, even though she told Morales that she’d talk to McGee about it and refer the matter to the department’s internal affairs office. 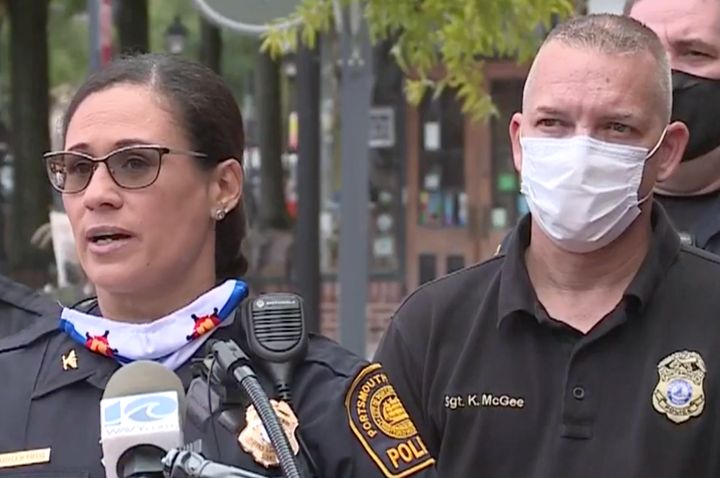 In moving to dismiss the cases, Morales’ office revealed other letters sent by McGee, who continued to claim he was acting in good faith. As HuffPost previously reported, McGee was one of a group of white officers who pushed to oust the city’s prior police chief, a Black woman who said she encountered a culture of racism within the predominately white police force.

McGee, in a letter to Morales, wrote, “Contrary to what has been portrayed in the media by the defendants, their supporters, and others on social media, there is not a behind-the-scenes conspiracy trying to manipulate the legal system or sideline your office from involvement in the case for some political reason or any other purpose.”

In another letter, he complained that Morales’ office had been “hostile to me and my integrity,” and “implied I am withholding information when nothing could be further from the truth.”

Defendants celebrated the decision to drop the charges, which they argued from the start were politically and racially motivated.

Remarkably, it was Greene herself who created some evidence that would be devastating to any attempted prosecution of the felony cases she later authorized. She wrote in an August memo that because she had conflicting information about whether city officials were OK with the monument being damaged, she “could not take any legal action without a victim” and she “didn’t have a crime” if officials were OK with the monument being destroyed. If citizens were being told by officials that they could damage property, she wrote, “citizens assumed they were acting without criminal intent.”

“Without confirmation from city leaders regarding destruction of property, I had to protect the citizens and officers from this event escalating to individuals getting injured; officers utilizing force and possibly charged with false arrest and/or excessive force ― as I did not have a victim,” Greene wrote.

Greene said Monday she would be filing an unlawful termination lawsuit. In an interview ahead of her firing, she said was “taking a stand against these elected officials” who, in her view, were interfering with her duties.

Under Portsmouth’s city government structure, Greene was subordinate to the city manager, who is chosen by the elected city council members.

At the moment, Portsmouth has a majority-white city council. But that will change, after several Black candidates were swept into office in the Nov. 3 election.

Portsmouth’s Confederate monument, which was located near the location of an old slave whipping post, is now fully removed. 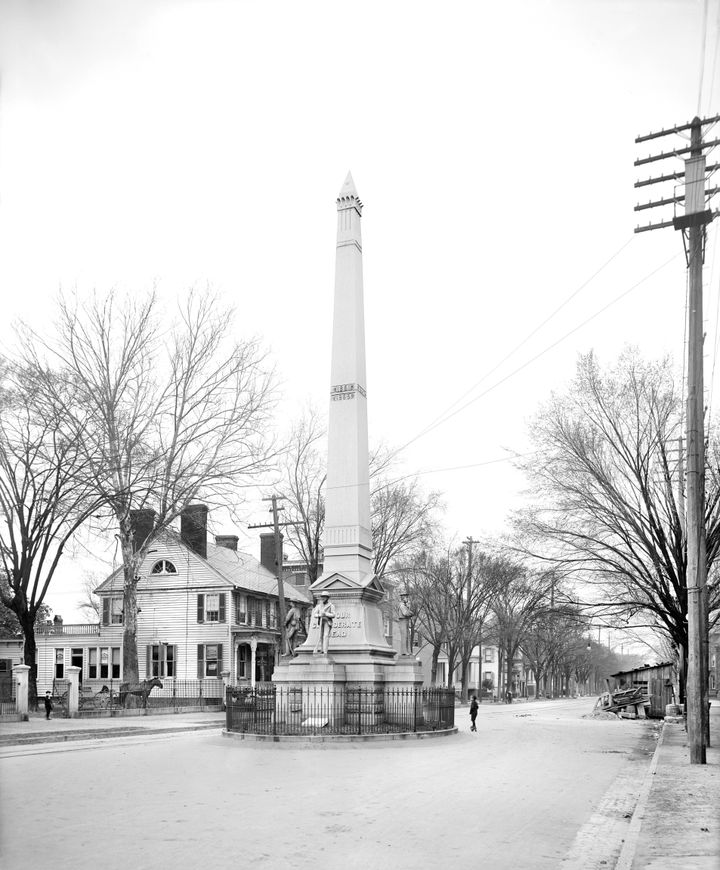 Morales, asked how she’d improve her relationship with Portsmouth police officers given the controversy over the case, said that her “number one priority” was building trust with the community.

“I seek a relationship of mutual respect with law enforcement, but I seek to serve my community,” she said. “Everyone who is a sworn law enforcement officer has a duty to protect and serve, and they should be advocates for acting in a good faith basis and ensuring that when they are bringing charges that the elements are properly met.”

If Portsmouth police, Morales said, “are on the same team that I am on and my team is on ― seeking justice and doing things the right way and acting in good faith ― we should not have any issues.”