As many as 154 seats could be won by Remain candidates if the alliance formed in Brecon and Radnorshire ahead of a by-election is replicated across the country in a general election.

Research commissioned by Sky News’ Sophy Ridge on Sunday programme shows the current figure of 27 explicitly pro-EU MPs could double or even more than quadruple to more than 100 if more alliances are run in key seats.

It comes as parties including the Greens and Plaid Cymru agreed not to stand candidates against Jane Dodds, the Welsh Liberal Democrat candidate in the upcoming by-election, triggered by the recall petition of Chris Davies, the former Conservative MP. 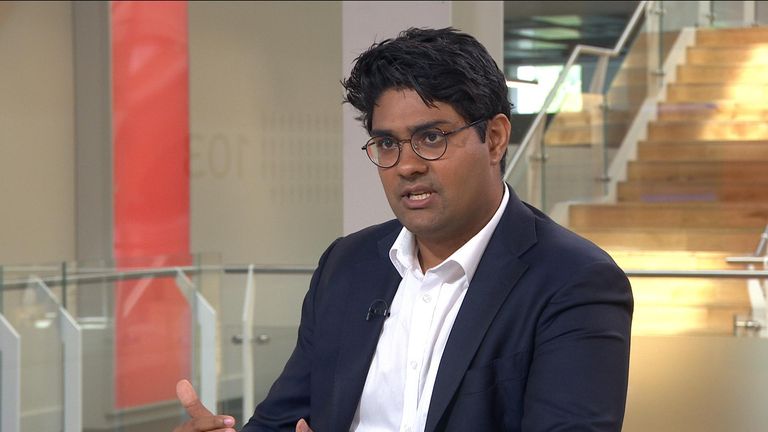 Speaking about the mid Wales alliance and election, strategy analyst, James Kanagasoorium, told Sophy Ridge on Sunday: “I think the expectations have to be a Liberal Democrat win, and a clear Liberal Democrat win. There’s a number of things why that should be the case, firstly the circumstances under which the by-election is being held.

“But more fundamentally, this is a liberal type seat, it’s one they hold at assembly level by 27 points and it has been held by them several times over.

“And in the European Elections the Remain parties got 46% of the vote.

“The Liberal Democrats are quite far ahead in the polls.”

He said the issue with Remain alliances in the past was that party members who support remain are also likely to have strongly held party allegiances, which makes it harder for a compromise to be met.

He also agreed that in seats like Brecon, where one Remain supporting candidate had a significant lead, it is more likely that other candidates could step aside. 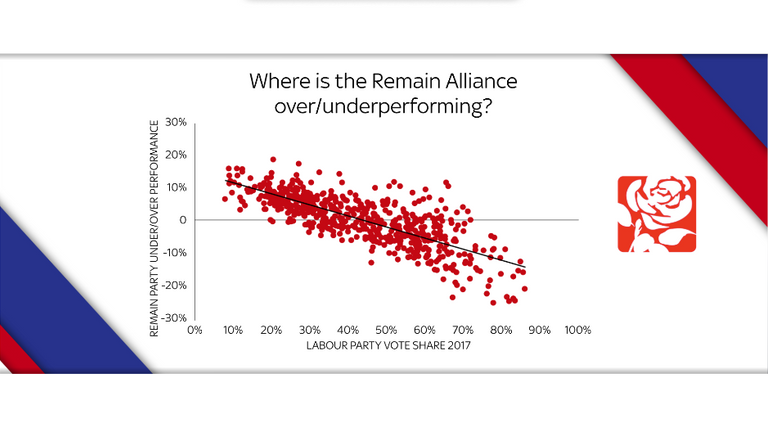 His analysis looked at all 573 seats in England and Wales, and assessed the current strength of the Remain vote, based on 2019 elections, compared with the strength of the Labour or Conservative vote.

Mr Kanagasoorium found that Labour were more likely to lose votes, but that the Conservatives could potentially lose seats if they were to fight Remain alliance candidates. 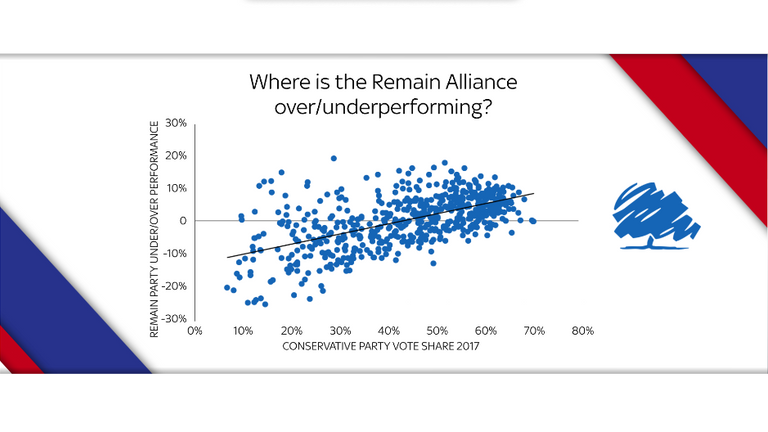 But his analysis revealed anywhere between 66 and 154 seats could be battlegrounds between Labour or Conservatives and the Remain candidate.

Although it’s unlikely that Remain candidates would scoop as many as 154 seats, he added: “The analysis shows that where Labour does better, the Remain vote under performs, which means principally that they are fishing from the same pool.”

He added: “Both the main parties are at risk. On a seat basis, the Conservatives have a lot to be worried about.

“The 66 number, two-thirds of those were Conservative seats in 2015. This is Cameron country, which he won over in 2010.

“On a voting basis, it’s Labour that has the problem.

“A Remain alliance might not collapse Labour but it could hand over seats to the Conservatives and the Brexit party.” 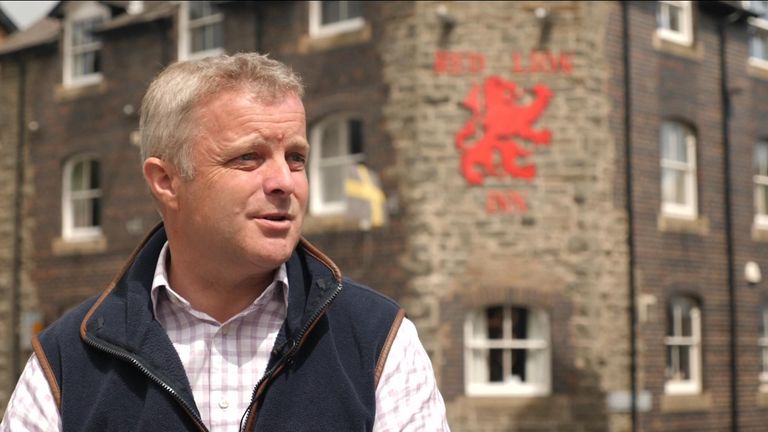 At the last election, Mr Davies, who is standing again for the Conservatives, had an 8,000 majority.

He told Sophy Ridge his expenses problem was “an admin error” and pointed out that he did not gain financially from it.

He said he had continued to have “tremendous support” from the local party and voters.

His rivals for the seat include Des Parkinson, of the Brexit Party, and Tom Davies, the Labour candidate. 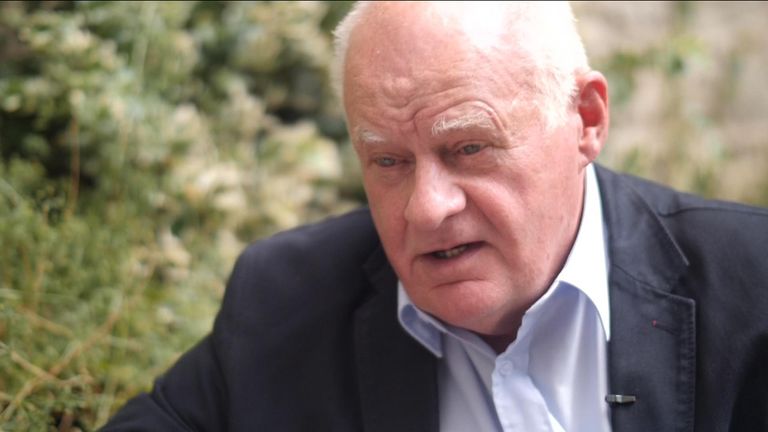 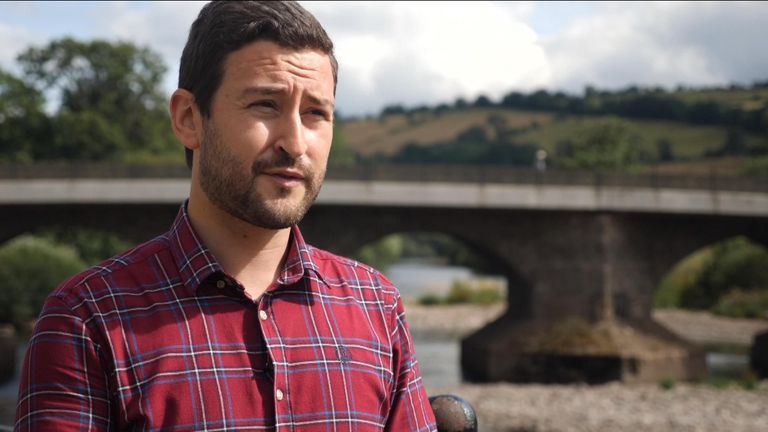 Labour’s Mr Davies said issues of austerity were a bigger focus for the voters of Brecon and Radnorshire, but admitted there were some issues with Jeremy Corbyn on the doorstep.

Mr Parkinson said he would not have stood if he did not believe he had a reasonable chance, and added: “The problem that Boris, or Jeremy if he wins, has got is how he gets a deal or a no deal through by the end of October.”

Ms Dodds, the Remain alliance and Welsh Liberal Democrat candidate, said: “We welcome the other parties’ decision to stand aside – it’s courageous. 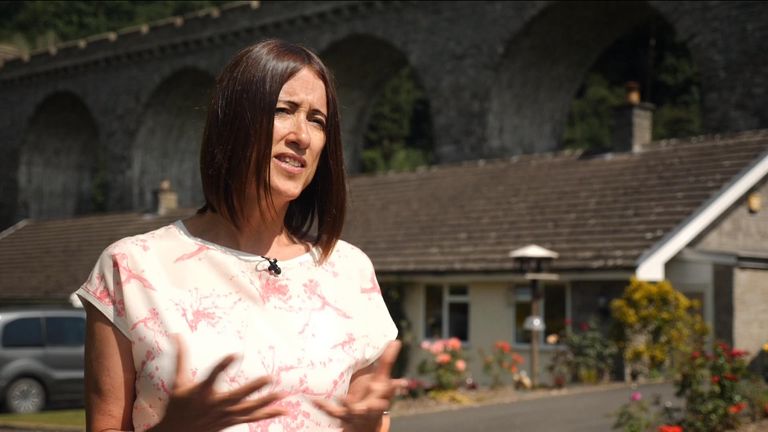 “This is something we could look at going forward. We want to do adult politics, we want to have a fresh approach, and say to people that we can work together.”

Plaid Cymru has faced some criticism for failing to stand a candidate in Wales, but the party leader Adam Price said it came because “we are in unique times”. 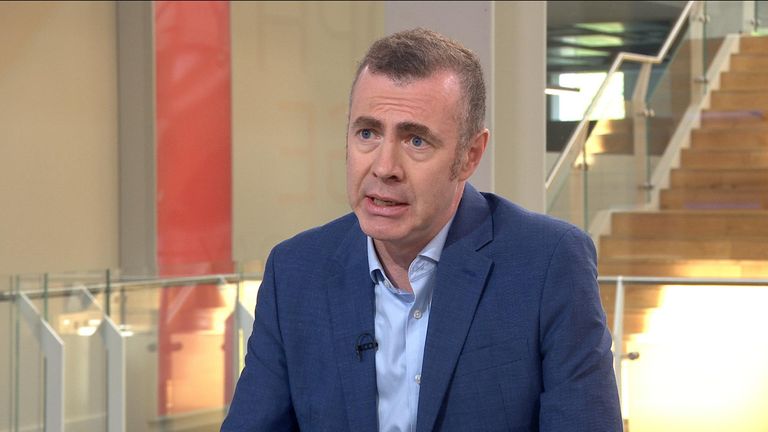 He said: “We are not doing this as a one-off, we are seeking to build that alliance.

“It could be a game changer – if there is a snap election it could make all the difference.”

He added: “The public are sometimes ahead of us politicians – they wanted this, they wanted to see people working together.

“What unites us is more important that what divides us.”

:: The Brecon and Radnorshire by-election will be held on 1 August. Sky News will have live coverage throughout the day.