Home » Russia's increasing military flights around Alaska are 'a strain on our units,' top US commander says 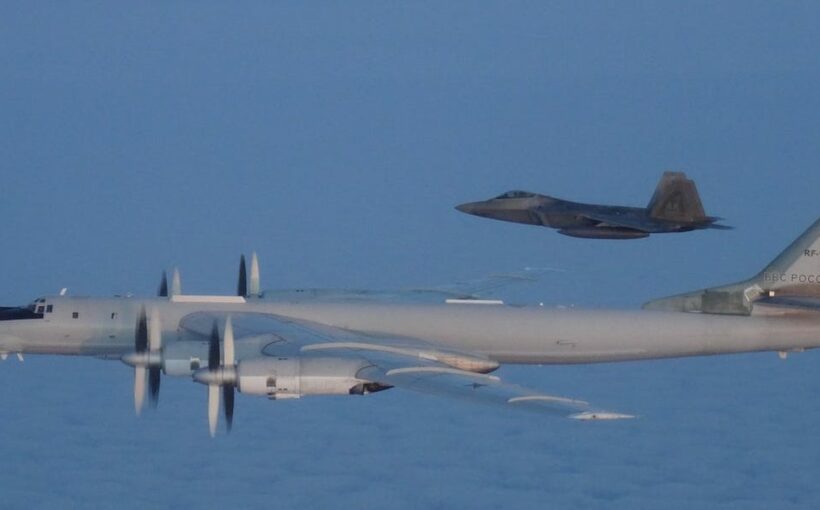 Russian military flights around Alaska are taxing the US units that respond to them, but they are handling the strain well, the top US commander in Alaska said Wednesday.

Air Force Lt. Gen. David Krumm, head of Alaskan Command, is the latest US military official to warn about those flights, which have “increased significantly.”

“As a matter of fact, the highest activity we’ve had since the fall of the Soviet Union occurred last year,” Krumm said at an Air Force Association event. “So we’ve intercepted more airplanes in and around the Alaska Air Defense Identification Zone than in a really, really long time.” 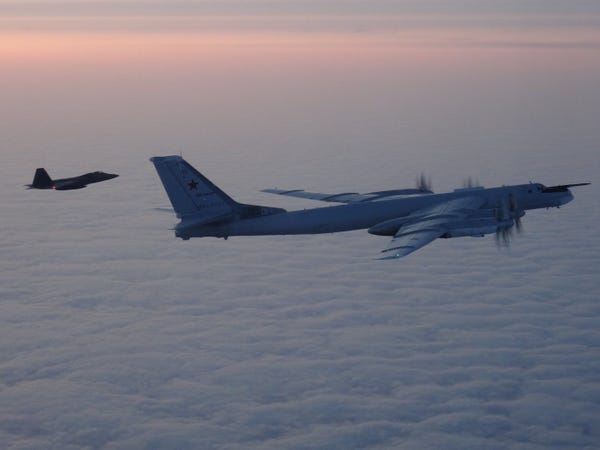 The ADIZ is not US airspace, but US aircraft often intercept Russia aircraft that enter it. (Canadian planes also take part under the direction of the North American Aerospace Defense Command.)

“We intercepted over 60 aircraft last year in and around the Alaska ADIZ. We monitor more than that,” Krumm said Wednesday, adding that F-22 fighter jets, E-3 early warning and control aircraft, and KC-135 tankers are typically involved.

“While there is a strain on our units, I will tell you that they’re managing it very, very effectively,” Krumm added. “The F-22 is the best air-dominance machine that we’ve got … and it is employed masterfully by our airmen.”

Conducting those intercepts has “some cost to readiness,” but units in Alaska have balanced it with other demands, Krumm said.

“Quite frankly, it’s a good exercise for us as well, to be able to go across vast distances, to be able to execute intercepts in a timely, professional manner, and they do it with style,” Krumm added.

‘The intercepts are more complex’ 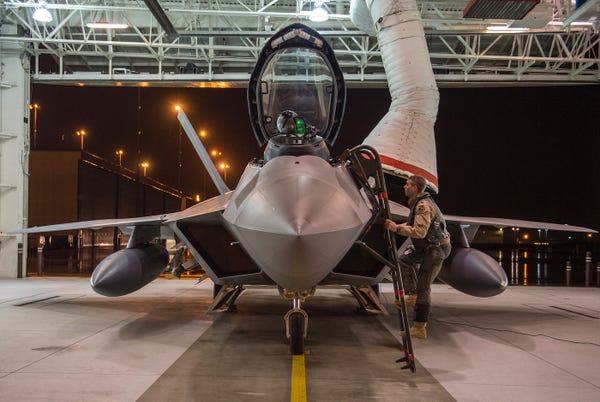 In March, Air Force Gen. Glen VanHerck, head of US Northern Command and NORAD, said NORAD had intercepted more Russian military flights — which include bombers, anti-submarine planes, and reconnaissance aircraft — around Alaska in 2020 than in any year since the end of the Cold War.

“These efforts show both Russia’s military reach and how they rehearse potential strikes on our homeland,” VanHerck told the Senate Armed Services Committee.

Those flights appear to be less frequent in 2021, but the increase reflects renewed “peer competition,” VanHerck told Insider at a Defense Writers Group event in late March.

“The difference between the past and now is the intercepts are more complex — multi-access, multi-platform, and oftentimes they’ll enter the [ADIZ] and stay for hours,” VanHerck added.

US officials have also expressed concern about Russia’s military activity throughout the Arctic, which includes refurbishing bases, deploying more units, and increasing exercises.

VanHerck told the House Armed Services Committee in April that “a dozen or so” Russian Arctic military installations that “sat dormant” after the Cold War have been “revitalized” and that Moscow was adding defense and offensive capabilities to the region. 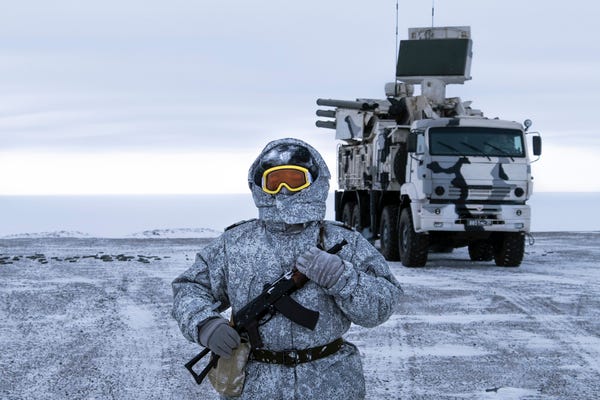 On Wednesday, Krumm said that in addition to tests in the Arctic of air- and sea-launched missiles with longer range and better accuracy, “around 50 Soviet-era installations are being revamped and utilized for Russian military forces.”

“They’re using air, sea, and land-based forces to secure their locations up in the Arctic,” Krumm added.

The US military is bolstering its own Arctic presence. US aircraft and warships are increasingly active in the European Arctic, often training with allies in areas near sensitive Russian military sites.

The Army recently released its own Arctic strategy, which focused on Alaska, and the Navy is operating more in that area, but aerospace defense remains the emphasis in the region, reflected in part by plans to upgrade NORAD’s sensors, according to Joshua Tallis, a research scientist at CNA, a nonprofit research and analysis group.

“In the Pacific Arctic, the US has moved to address the aerospace threat by the large concentration of [F-35s] in Alaska and a commitment to reinvest in shared early-warning assets with Canada,” Tallis told Insider earlier this month.