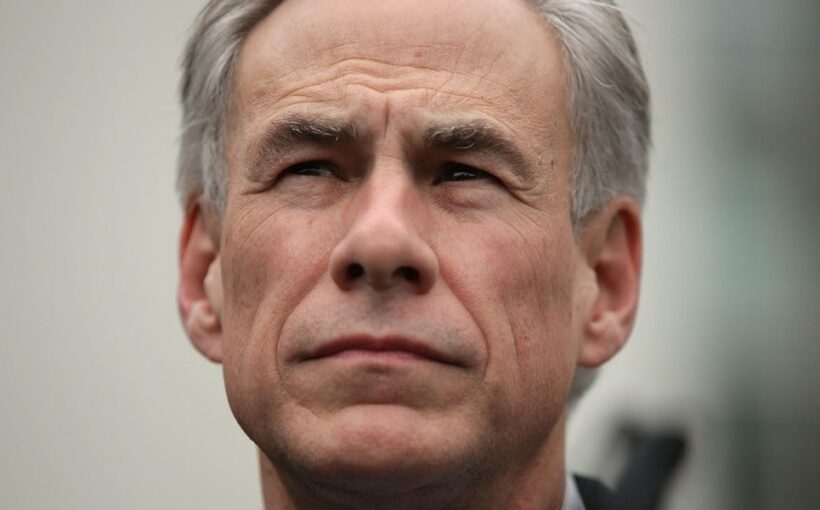 “I was looking forward to throwing out the first pitch at the Texas Rangers’ home opening game until
MLB adopted what has turned out to be a false narrative about Georgia’s election law reforms,” Abbott said in a tweet Monday.

“It is shameful that America’s pastime is being influenced by partisan politics,” he said.

Abbott was referring to MLB’s decision to move the 2021 All-Star game from Atlanta, Georgia, after the state passed a law in March which civil rights groups said amounted to voter suppression, particularly of Black and other ethnic minority voters.

Major League Baseball on Friday announced that it would move its 2021 All-Star Game from Georgia as a result.

“Over the last week, we have engaged in thoughtful conversations with Clubs, former and current players, the Players Association, and The Players Alliance, among others, to listen to their views,” said Commissioner Rob Manfred in a statement.

“I have decided that the best way to demonstrate our values as a sport is by relocating this year’s All-Star Game and MLB Draft.

President Joe Biden had said previously that he would support the decision to move the game out of Georgia.

Biden had described the law, which overhauled virtually all of Georgia’s voting laws, as “Jim Crow on steroids.”

Gov. Brian Kemp, who signed the bill into law, pushed back on that characterization, saying it expanded voter access.