Home » Politics » The North Carolina GOP rebuked its senator who voted to convict Trump, the latest in a backlash from the MAGA-loving grassroots 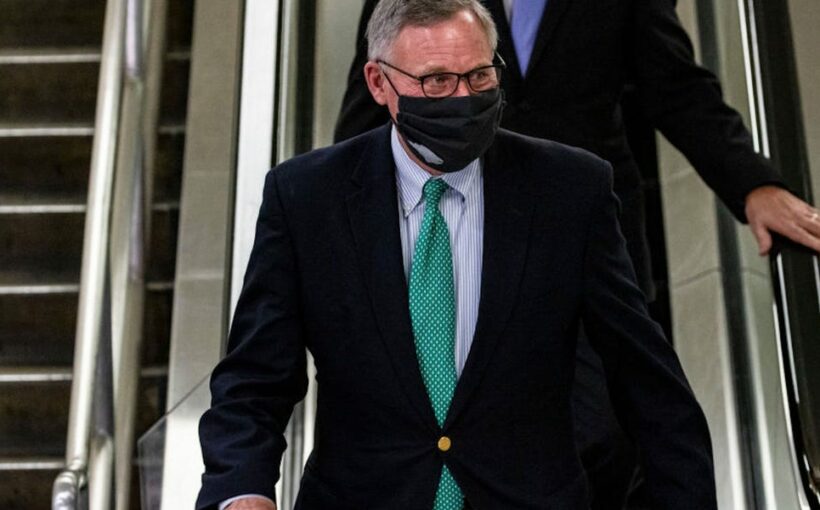 The central committee of the North Carolina Republican Party voted on Monday to censure Sen. Richard Burr for his vote to convict former President Donald Trump in his second impeachment trial.

Burr is the latest of the seven Republican senators who voted to convict Trump to face a growing backlash from local-level Republican officials after opposing Trump.

In Utah, a petition branding Sen. Mitt Romney a “deep state agent” and calling for him to be censured for his conviction vote is circulating among members of the state GOP, according to local reports.

There are also calls in the Maine GOP to censure Sen. Susan Collins over her vote to convict.

A censure does not lead to any formal penalty, but is a stark signal of disapproval from the party on whom members depend, especially when elections loom.

Burr’s conviction vote came as a surprise. Before the trial, he voted to rule Trump’s second impeachment unconstitutional given that he was no longer in power.

In a statement to The Hill in response to the censure Monday, Burr said his state GOP was abandoning its loyalty to core conservative principles.

“It is truly a sad day for North Carolina Republicans,” Burr said. “My party’s leadership has chosen loyalty to one man over the core principles of the Republican Party and the founders of our great nation.”

Read more: Liz Cheney has infuriated her party before and survived. This time she’s in for her biggest fight yet.

The moves illustrate the rift that has opened in the Republican Party between lawmakers who have sought to hold Trump accountable for the deadly January 6 riot, and the millions of grassroots party members who stand by him.

A Quinnipiac University poll released Monday found that 75% of Republican respondents want Trump to continue playing an important role in the party.

Some top-level Republicans, including Senate Minority Leader Mitch McConnell, are said to believe that Trump has become toxic to the moderate Republican voters whose support they need to win back to regain control of Congress and the White House.

McConnell is undertaking a delicate balancing acting in trying to distance the party from Trump while also harnessing the energy of the millions of Republicans who remain loyal to him.