Republicans these days can rely on “great and unmatched wisdom,” or try to navigate what they’re calling a “kangaroo court,” or just hope that Hillary Clinton is serious about being tempted to run again.

Faced with the growing likelihood of impeachment, President Donald Trump is leading his party into an increasingly dangerous space. GOP lawmakers are being asked to ignore realities and their own instincts in defending a president whose conduct is not inspiring fierce loyalty. 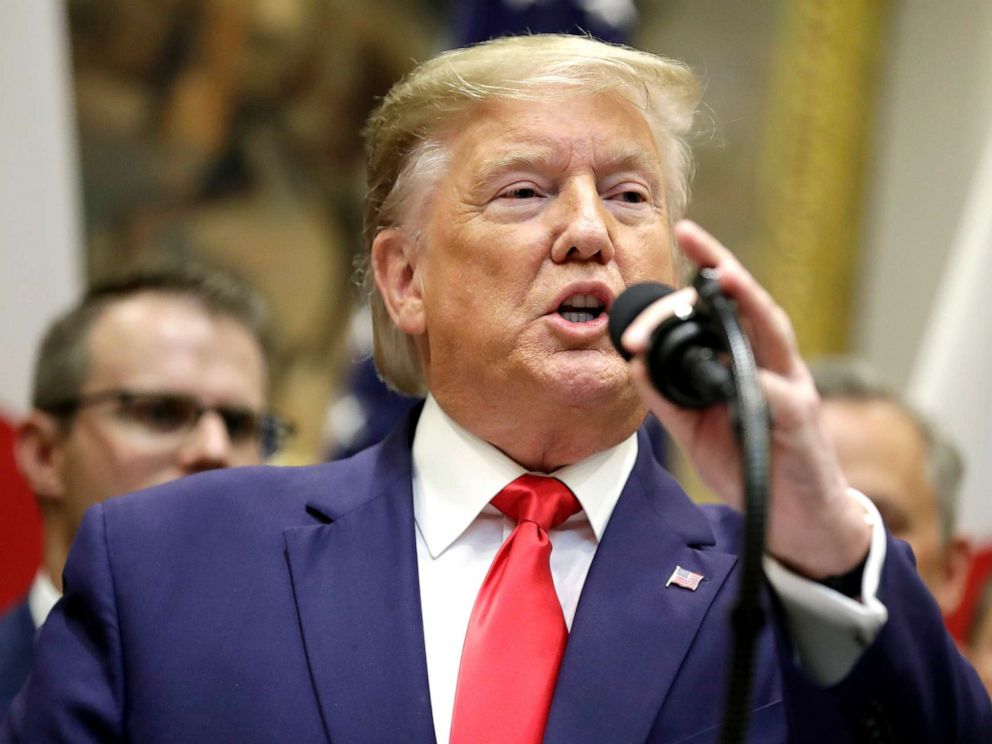 Trump said this week that his polls went up “17 points in the last two or three days.” Actually, several polls out in the last 24 hours show majorities in favor of impeachment inquiries, with growing numbers of independents and even Republicans supporting the Democrats’ investigation.

That investigation, meanwhile, is being stymied by direction of the White House.

“Given that your inquiry lacks any legitimate constitutional foundation, any pretense of fairness, or even the most elementary due process protections, the Executive Branch cannot be expected to participate in it,” according to a letter from the White House to House Speaker Nancy Pelosi.

“Because participating in this inquiry under the current unconstitutional posture would inflict lasting institutional harm on the Executive Branch and lasting damage to the separation of powers, you have left the President no choice. Consistent with the duties of the President of the United States, and in particular his obligation to preserve the rights of future occupants of his office, President Trump cannot permit his Administration to participate in this partisan inquiry under these circumstances.”

Those moves, according to House Intelligence Chairman Adam Schiff, are being treated as “additional strong evidence of obstruction.”

House Republican leaders are telling their members that “voters believe impeachment is sidetracking the country and Congress.”

The track Trump is laying down, though, comes with potentially dangerous twists for the GOP.

The RUNDOWN with MaryAlice Parks

Home state endorsements are different and everyone in the game knows it.

Party folks who know best should, in theory, like you and want you to win.

That’s why it was notable on Tuesday night when former Vice President Joe Biden’s campaign announced an endorsement from Sen. Dianne Feinstein, D-Calif. 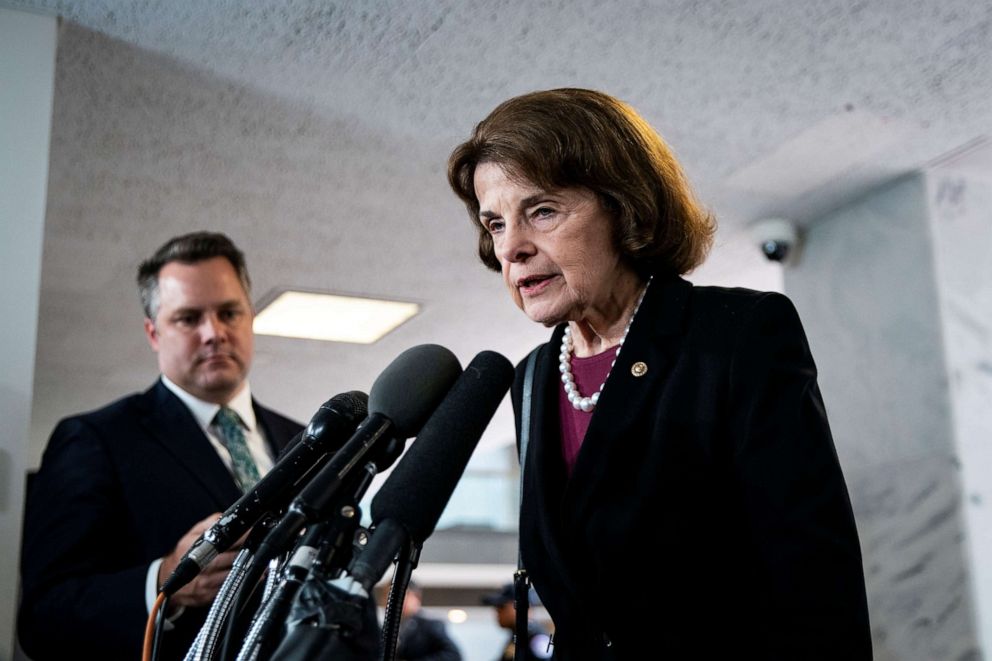 “I’ve worked closely with Vice President Biden and I’ve seen firsthand his legislative ability, his statesmanship, and most importantly his moral fortitude. … And I know, as President, he will continue the fight to restore the soul of the nation from the Oval Office,” she wrote in the statement.

The news, while not that surprising — Biden is different in the race with his White House experience — still had to have been a big bummer to Sen. Kamala Harris’ campaign.

Feinstein’s one endorsement is not a enough to win a state like California, obviously, but it sure helps. And one of Harris’s best electoral arguments right now is that she’s from a huge state with a ton of delegates up for grabs. Feinstein’s move is a signal, perhaps. that Harris might not have a strong hold on the Golden State.

The TIP with John Verhovek

Biden returns to the campaign trail on Wednesday in New Hampshire, holding two town halls in the key early voting state as he continues to face near-constant attacks from Trump.

But the challenge for Biden and his campaign is not just to rebut Trump’s narrative and his charges against him and his son, it’s to do so in a way that does not undercut his campaign’s message enough to allow the rest of the Democratic field to chip away at his tenuous front-runner status. 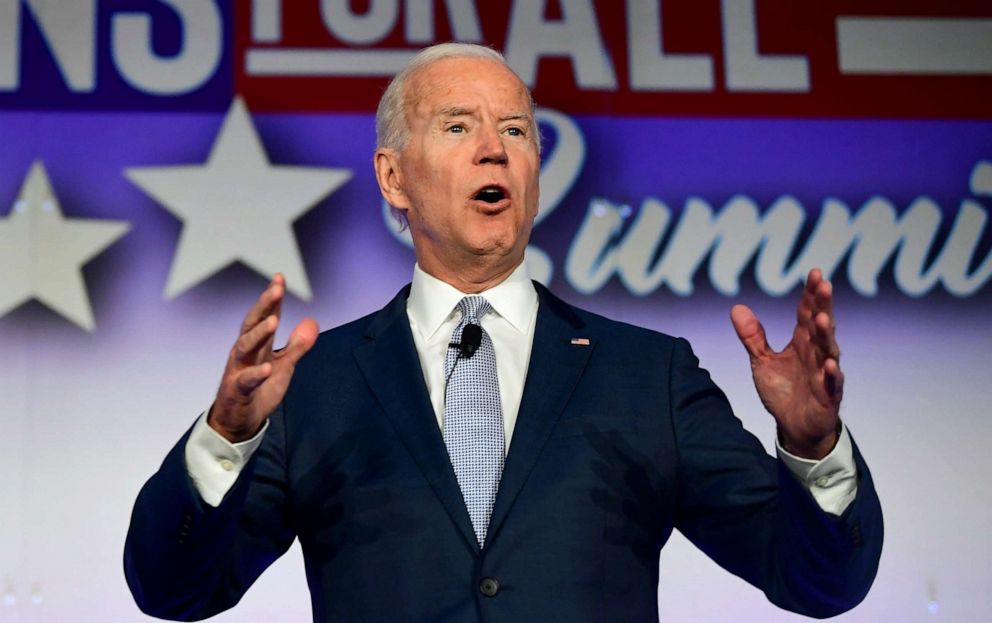 Despite his campaign’s aggressive pushback, Biden’s at times uneven response has unnerved even some of his most ardent supporters at a critical juncture in the Democratic primary.

“Engaging Trump gives Trump what he wants: the ability to rope-a-dope Biden, to get him on the ropes and strangle him. This needs to be about Donald Trump, not Joe Biden,” South Carolina state Sen. Dick Harpootlian, a former chair of the state Democratic Party and one of Biden’s most prominent backers in the state, told ABC News.

The White House sent a letter to House Speaker Nancy Pelosi on Tuesday calling into question what it referred to as “points of irregularity in the investigation” and wrote that, “Given that your inquiry lacks any legitimate constitutional foundation, any pretense of fairness, or even the most elementary due process protections, the Executive Branch cannot be expected to participate in it.”

Download the ABC News app and select “The Note” as an item of interest to receive the day’s sharpest political analysis every weekday.