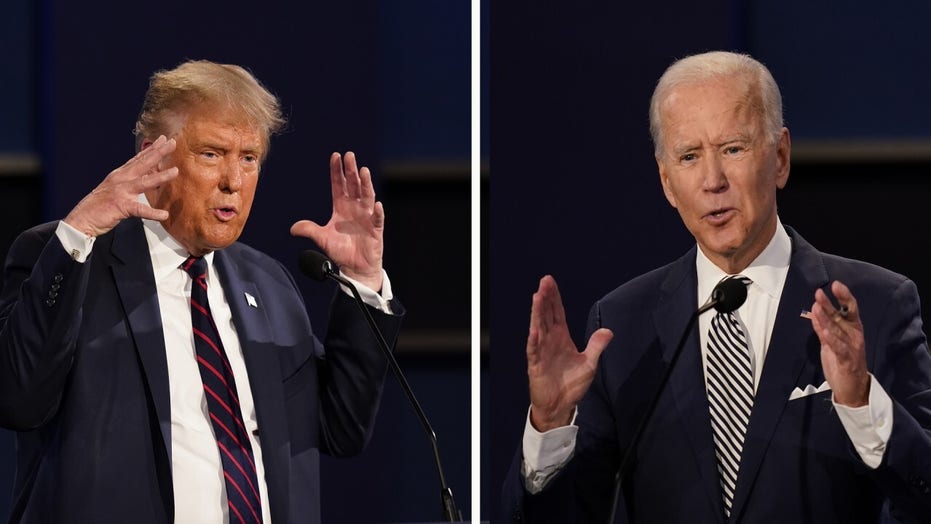 Trump says he will not participate in a virtual debate

The Trump campaign on Thursday said President Trump will participate in a debate on Oct. 22 in a town hall-format, while proposing the final presidential debate be pushed back a week, to Oct. 29.

The president said he would not participate in a virtual format, calling it “ridiculous,” and the Biden campaign assumed that his unwillingness to take part in an online debate meant that there would only be one more presidential debate—instead of two—and that he was not willing to participate in the town hall format.

But the Trump campaign on Thursday afternoon made clear that they want to take on Biden twice more before voters hit the polls on Nov. 3.

“The American people should not be deprived of the chance to see the two candidates for president debate face to face to more times just because the Commission on Presidential Debates wants to protect Joe Biden,” Trump campaign manager Bill Stepien said in a statement.

“As President Trump said, a virtual debate is a non-starter and would clearly be a gift to Biden because he would be relying on his teleprompter from his basement bunker,” Stepien said. “Voters should have the opportunity to directly question Biden’s 47-year failed record of leadership.”

He added: “We agree that this should happen on October 22, and accordingly, the third debate should then be shifted back one week to October 29.”

Stepien, in another shot at Biden and the commission, said “the CPD and the media cannot hide Joe Biden forever.”

“Americans deserve to hear directly from both presidential candidates on these dates, October 22 and 29,” Stepien said.

Stepien’s comments come after Biden’s Deputy Campaign Manager Kate Bedingfield put out a statement, assuming there would not be a second presidential debate, and urged the CPD to use the town hall format for the final debate slated for Oct. 22.

“Joe Biden was prepared to accept the CPD’s proposal for a virtual Town Hall, but the President has refused, as Donald Trump clearly does not want to face questions from voters about his failures on COVID and the economy,” Bedingfield said in a statement, adding that former Vice President Biden will, instead, “find an appropriate place to take questions from voters directly on October 15, as he has done on several occasions in recent weeks.”

TRUMP SAYS HE WON'T PARTICIPATE IN VIRTUAL DEBATE AFTER CPD ANNOUNCES CHANGES: 'NOT GOING TO WASTE MY TIME'

“Given the President’s refusal to participate on October 15th, we hope the Debate Commission will move the Biden-Trump Town Hall to October 22nd, so that the President is not able to evade accountability,” Bedingfield said. “The voters should have a chance to ask questions of both candidates, directly.”

Bedingfield added that “every presidential candidate since 1992 has participated in such an event, and it would be a shame if Donald Trump was the first to refuse.”

Bedingfield’s comments come after the CPD announced early Thursday that "the second presidential debate will take the form of a town meeting, in which the candidates would participate from separate remote locations."

The change to a virtual setting comes less than a week after the president tested positive for the novel coronavirus. The president continues to recover from COVID-19 at the White House.

But the president, minutes after the CPD’s announcement, said he would not participate, calling a virtual debate “ridiculous.”

"The commission changed the debate style and that's not acceptable to us," Trump said on "Mornings with Maria." "I beat him in the first debate, I beat him easily.”

The president added that he expected to "beat him in the second debate also.”

Meanwhile, Biden responded to Trump's claims while talking to reporters in Delaware on Thursday.

"We don't know what the president is going to do, he changes his mind every second so for me to comment on that now would be irresponsible," Biden said. "I'm going to follow the commission recommendations.”

But during his interview on Thursday, the president said he wasn't going to "sit at a computer" to debate, calling it “ridiculous."

"They're trying to protect Biden," Trump said. "Everybody is.”

Stepien said going virtual is not "what debates are about or how they're done."

"Here are the facts: President Trump will have posted multiple negative tests prior to the debate, so there is no need for this unilateral declaration," Stepien said. "The safety of all involved can easily be achieved without canceling a chance for voters to see both candidates go head to head.”

He added: "We’ll pass on this sad excuse to bail out Joe Biden and do a rally instead.”

BIDEN ON TRUMP SAYING HE WON'T DO A VIRTUAL DEBATE: 'YOU NEVER KNOW WHAT'S GOING TO COME OUT OF HIS MOUTH'

Since Trump’s announcement of his positive coronavirus test, numerous members of his White House inner circle and his reelection campaign have come down with the contagion.

Meanwhile, on Wednesday, White House physician Dr. Sean Conley said that the president has been “fever-free” for four days and has not had any symptoms of the novel coronavirus for “over 24 hours.”