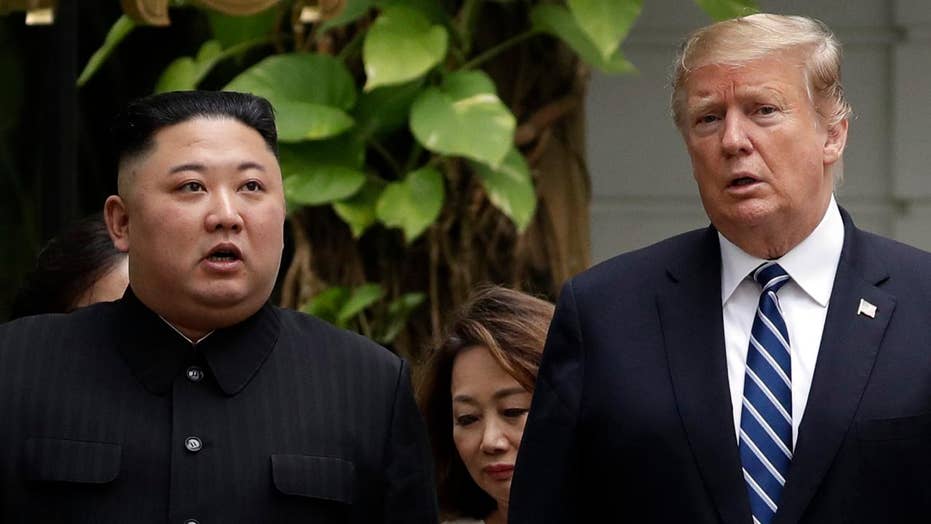 Kim Jong Un has reportedly executed his envoy to the U.S. and 4 other officials for ‘betraying’ the supreme leader after his failed summit with President Trump; Benjamin Hall has the details.

President Donald Trump promised Tuesday not to use Kim Jong Un's family members as intelligence assets, and reassured the North Korean dictator of his commitment to detente.

A report released Monday showed Kim's half brother, Kim Jong Nam, met with Central Intelligence Agency contacts in Malaysia back in 2017 shortly before he was assassinated.

A Wall Street Journal story entitled "North Korean Leader's Slain Half Brother Was A CIA Source" claims a "person knowledgeable about the matter" confirmed he was feeding intelligence to American officials.

Trump referred to his current relationship with Kim during an exchange with reporters outside Marine One Tuesday, saying he believes the two still have a strong relationship.

“I just received a beautiful letter from Kim Jong Un,” he said.

Kim Jong Nam was murdered in February of 2017 when two women smudged his face with VX nerve agent at the Kuala Lumpur International Airport.

In March, the Malaysian attorney general dropped the murder charge against Siti Aisyah, following high-level lobbying from Jakarta and Doan Thi Huong was released in May.

The two women have also been accused of conspiring with four North Koreans who prosecutors said have left the country, AP reported.

Trump has often spoken positively about Kim, despite concerns over North Korea's potential nuclear program and threats of violent retaliation against the United States.

Kim's recent tenor has been more conciliatory, however, as he has requested a second meeting with Trump following their first summit in June of 2018.