US-India trade ties are surging: Fmr. US Ambassador to India

Former U.S. Ambassador to India Richard Verma discusses how India is opening up to international trade.

President Trump's two-day visit to India turned to substance Tuesday after opening with a heavy dose of pomp and pageantry, but few concrete accomplishments were expected from the whirlwind trip.

Trump kicked off his second day on the subcontinent with an elaborate outdoor welcome ceremony in front of the grand Rashtrapati Bhavan Presidential Palace in New Delhi.

Cannons fired as the president's armored car, nicknamed "The Beast," rolled through the palace gates accompanied by a parade of red-uniformed guards on horseback. The ceremony included hundreds of military officials, marching with instruments and swords, as well as an official greeting by India's president and its prime minister, Narendra Modi.

A day earlier in New Delhi, at least seven people, including a police officer, were killed and dozens were injured in clashes between hundreds of supporters and opponents of a new citizenship law in India that provides fast-track naturalization for some foreign-born religious minorities but not Muslims, police said Tuesday. 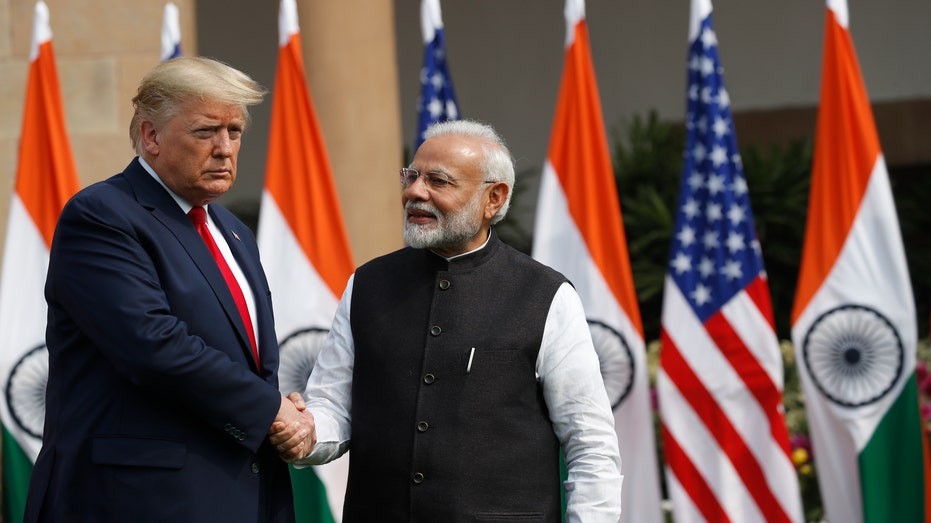 There were no protests in New Delhi on Tuesday, when Modi hosted Trump at Hyderabad House in the capital for the official portion of the president's visit to India.

“The last two days were amazing in every sense of the word," Trump said as he and Modi briefly addressed reporters. Trump said progress was being made on trade, fighter-jet purchases and energy.

Modi said he was thankful Trump visited despite the presidential campaign underway in the United States. Trump has said the short India visit was partly due to presidential politics.

“I know that it’s busy time for you in the United States,” Modi told Trump. "But despite that, you accepted an invitation to visit India. I welcome you and your delegation.” 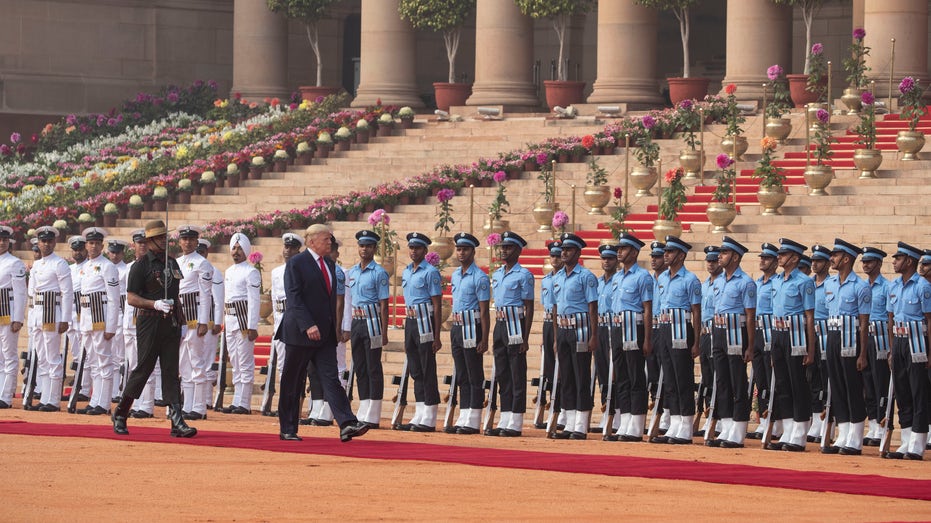 The leaders were also expected to announce an arms deal Tuesday as part of Trump's jam-packed day in the Indian capital that will include a joint statement with Modi, meetings with business leaders and embassy officials, a solo news conference and an opulent state dinner before the president heads back to Washington.

But Trump has made clear that little progress is expected on the trade front, despite rising tensions between the countries after the Trump administration imposed tariffs on Indian steel and aluminium exports. India responded with higher penalties on U.S. agricultural goods and restrictions on medical devices, prompting the U.S. to strip India of its decades-old trade preferences.

Trump told reporters Monday that he's in “no rush” for a trade agreement with India.

Eyes also will be on whether Trump will criticize Modi over the new citizenship law, which has raised fears that the country is moving toward a religious citizenship test. Trump typically refrains from publicly rebuking world leaders for human rights abuses during his overseas trips. He spoke at length on Monday about measures his administration had taken to combat the threat of “radical Islamic terrorism.”

During Monday's protests, police fired tear gas and used canes as they charged at the protesters in several districts of New Delhi. The rival groups hurled rocks at each other and set some houses, shops, vehicles and a gasoline pump on fire. Police closed access to two metro stations in the area.

Trump's comments came during a mega-rally in the world's largest cricket stadium — part of an elaborate welcome for a president who revels in pomp and pageantry. 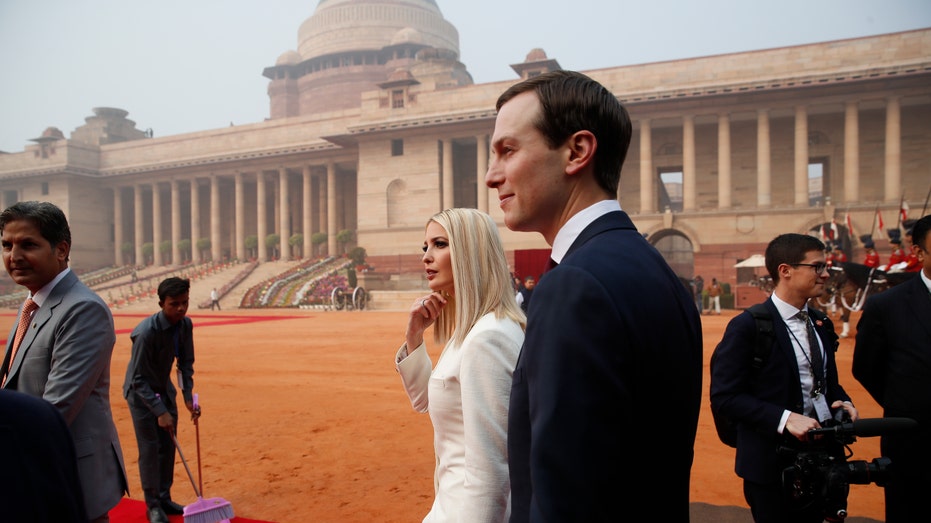 Trump joked Tuesday that the crowd had been there more for Modi than for him, saying people cheered every time he mentioned Modi's name.

“So they love you in India and that's a good thing.,” Trump said.

Everywhere he went on Monday, Trump was greeted by thousands of cheering Indian citizens, troops of traditional dancers and roadways lined with posters and billboards celebrating his visit. Trump and first lady Melania Trump also went on a stunning sunset tour of the famed Taj Mahal.

On Tuesday, the couple participated in a wreath-laying ceremony at Raj Ghat, a memorial to Mohandas Gandhi in New Delhi at the site where the famed Indian independence leader was cremated after his assassination in January 1948.