Home » Politics » With Trump in debt, intelligence and security sources fear foreign spies may target him with offers of money 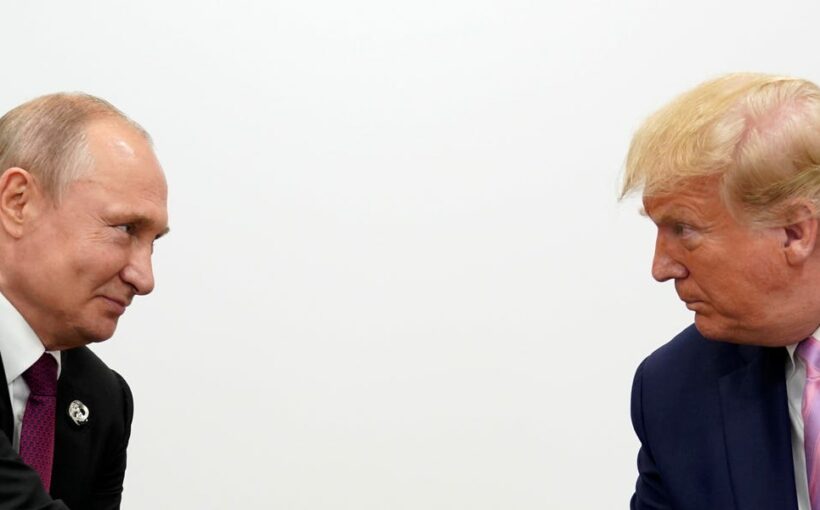 With more than $1 billion in total debts and at least $340 million due to Deutsche Bank, former President Donald Trump poses an unprecedented challenge for the US and Western intelligence services tasked with keeping the secrets he was exposed to daily for the last four years, according to five current or former intelligence officials in the US and Europe.

Trump’s inability to keep US intelligence secrets — and his willingness to twist intelligence to suit his political needs — were well-documented aspects of his time in office. They led to several diplomatic incidents:

“So it’s clear this is a person with little regard for protecting intelligence and sources as a duty — he openly doesn’t care,” a senior NATO intelligence official told Insider. Like other officials willing to speak for this article the source refused to be identified because of the extreme sensitivity of the information and because of the need to maintain good relations among Western forces.

“It’s a person with a proven willingness to do almost anything for money,” said the official. “The person has hundreds of millions of dollars in debts that it’s clear will not be easy to pay, and access to almost every intelligence secret in the free world for the last four years,” said the official.

Insider contacted a representative of Trump for comment but did not receive a response.

Multiple sources described Trump as having had access to everything any American adversary would want to know. Even as current operations expire, the overall view of the American system and its relationships with friends and adversaries alone would pay dividends.

“There is absolutely a market for the secrets he knows and any intelligence service would analyze it and conclude that Trump is exactly the sort of person who would be happy to sell them to you,” said the official. “This is what intelligence services do. Who is really going to decide that ‘No it’s impossible, Donald Trump would never breach his country’s confidence in exchange for hundreds of millions of dollars?’ Nobody who works in intelligence would decide this.”

‘Imagine how useful a long briefing on the US security posture towards an attack on Taiwan would be to [Chinese] planners? Is there a dollar value?”‘

None of the officials wanted to get into specifics on the information it is feared that Trump might compromise to future business partners. One suggested that details of top national security priorities alone — which involve highest-level nuclear weapons, energy supply protection and mutual defense with closest allies — would be invaluable to a near-peer state such as China or Russia.

“Taiwan information alone would be invaluable to the PRC,” said one official referring to the People’s Republic of China. “Imagine how useful a long briefing on the US security posture towards an attack on Taiwan would be to planners? Is there a dollar value?”

Multiple sources pointed to the recent decision to strip Trump of his right to receive future briefings, a courtesy extended to former presidents, as a sign that the Biden administration had acted to “stop the bleeding,” in the words of one official.

‘A problem we don’t want to talk about right now’

A source close to the Biden administration — who refused to be identified in public — described the situation as “a problem we don’t want to talk about right now because we don’t know if it’s a real problem and we have other things to talk about. But it does sound like something there would be at least monitoring of by counter-intelligence. Making sure other nations don’t steal national secrets from former presidents — willingly or unwillingly — would be part of any counter-intelligence service.”

In Europe, where concerns about sharing information with US intelligence that Trump could compromise was an early concern, officials admitted that there have been some limited meetings about potential exposure.
“There have been meetings about this but I have not been involved, thank god,” said another military intelligence official from northern Europe, who cooperates closely with the Americans on ISIS and Russian operations. “Our meetings will be focused on things pertaining to our service that could have leaked out via the Americans over the past four years, but if you’re asking how serious it is, I’d point out there’s never been [meetings like this] about an American president and only a handful of meetings about potentially exposed EU figures.”

Read more: Some among America’s military allies believe Trump deliberately attempted a coup and may have had help from federal law-enforcement officials.

Two other European officials confirmed the fear but refused to comment specifically beyond one pointing out that, “The risk is so apparent that everyone has considered it and each service will take its own steps to protect itself.”

But did Trump actually pay attention to his briefings?

There is one factor that could minimize any potential damage, or even reduce the value of the goods that Trump might pedal: Trump’s complete disdain for listening — or even paying attention to — briefings.

“The general stuff would be really useful but specifics might be limited as he didn’t allow notes to be taken and doesn’t seem to have embraced the briefings where a lot of valuable details would be,” said the military intelligence official. “That’s the second half of any assessment of recruiting someone. Yes he’s greedy enough to buy … no problem, but he’d be too egotistical and lazy to make a good asset. Good spies pay attention in briefings.”

Read more: NATO officials sound off on Trump for delaying the military handover to Biden while ‘there’s a significant security situation underway with Iran that could explode at any time’