Addressing MPs in the Commons via a virtual video streaming, the Prime Minister vowed to “end the era of cutting defence budgets”. “It must end and it ends now,” Boris Johnson told MPs. He added the budget will see a share of at least 2.2 percent of GDP, “more than any other EU country” and more than any other ally aside the United States.

The Prime Minister warned the increase in defence spending was necessary as he claimed the “international situation is more perilous than at any other time since the Cold War”.

The Prime Minister vowed to restore Britain to its position as the foremost naval power in Europe.

He added that the decision to increase defence spending now will affect national security in 20 years time.

He said: “The era of cutting our defence budget must end and it ends now,” he told parliament, as he presented plans for greater military spending.

“Our national security in 20 years’ time will depend on decisions we take today … the international situation is now more perilous and intensively competitive than at any time since the Cold War.” 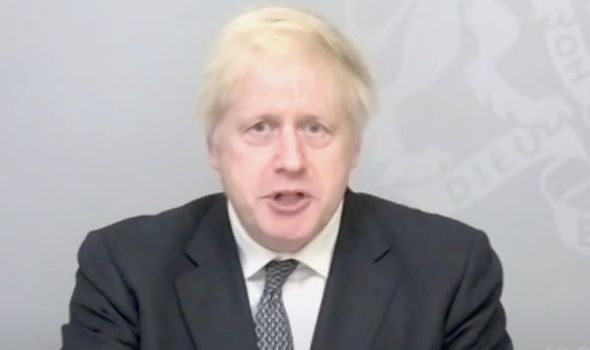 He added: “For decades, British governments have trimmed and cheese-pared our defence budget and if we go on like this, we risk waking up to discover that our armed forces, the pride of Britain, have fallen below the minimum threshold of viability.

“And once lost, they can never be regained. That outcome would not only be craven, it would jeopardise the security of the British people, amounting to a dereliction of duty for any prime minister.

“So I refuse to vindicate any pessimistic forecasters there may have been by picking up the scalpel yet again. Based on our assessment of the international situation and our foreign policy goals, I have decided that the era of cutting our defence budget must end, and it ends now.

“I am increasing defence spending by £24.1 billion pounds over the next four years.

“That’s £16.5 billion more than our manifesto commitment, raising it as a share of GDP to at least 2.2 percent.”