Alexei Navalny, the man seen as one of Russian President Vladimir Putin’s top critics in the country, was poisoned during a flight from Siberia to Moscow and has since been hospitalized, reports said.

Arkady Ostrovsky, The Economist magazine’s Russia editor, said the plane made an emergency landing about half way into the flight, citing Navalny’s press secretary.

The Kremlin did not immediately issue a statement. The Daily Beast reported that Kira Yarmish, Navalny's press secretary, said he was poisoned with some kind of toxin and was unconscious.

“We assume that Alexei was poisoned with something mixed into his tea. That was the only thing he drank this morning. The doctors say that the toxin was absorbed more quickly because of the hot liquid. Right now Alexei is unconscious,” she said, according to the report. 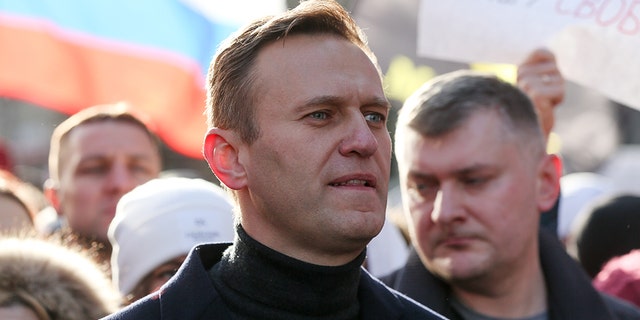 Russian authorities have recently opened a criminal case against Navalny for allegedly slandering a veteran of World War II. The case announced Monday by the Investigative Committee stems from comments Navalny posted on social media about a video on Kremlin-backed RT television.

In it, several prominent Russians speak in favor of the July 1 referendum on constitutional reform that would allow Putin to run for another two terms. Among those featured was Ignat Artemenko, a 93-year-old WWII veteran.

Navalny’s post criticized the people in the video as being “without conscience.” The case against Navalny says the comments were “false information discrediting the honor and dignity of a veteran of the Great Patriotic War.”

If convicted, Navalny could face a fine of up to one year’s income or 240 hours of community service.