SHOCKING details of how alleged arsonists ignited some of the blazes which have engulfed the north west United States can now be revealed.

At least 33 people have died, dozens are missing and thousands of properties have been destroyed in multiple massive fires which are blanketing the coastal zone from Seattle to LA in sun-blocking smog. 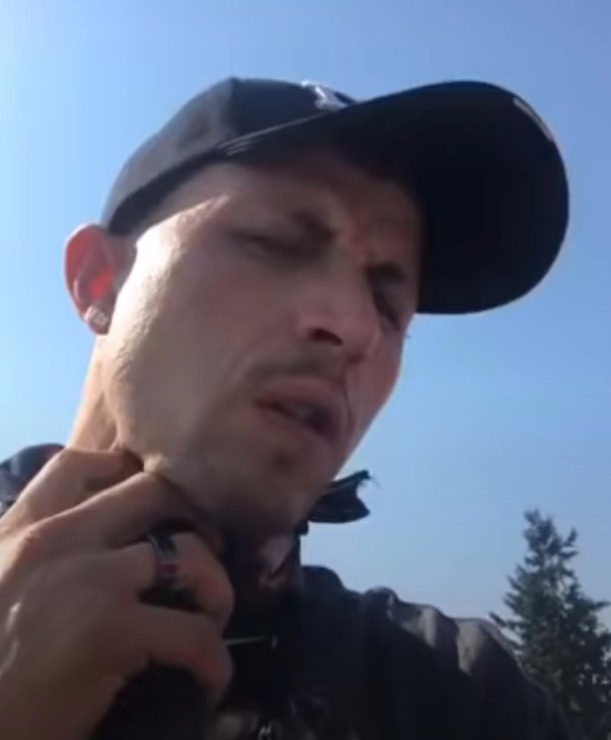 Incredibly, Jeffrey Acord, 36, live streamed the fire he started by a Washington freeway on Facebook then called 911, trying to make himself out to be a hero for reporting it.

On the live stream, standing by state route 167, he says to the camera, “This is just now happening. It looks like the wind is picking it up and blowing it [the blaze] over the freeway.”

But witnesses told cops they had seen him in the brush with a lighter and cardboard. 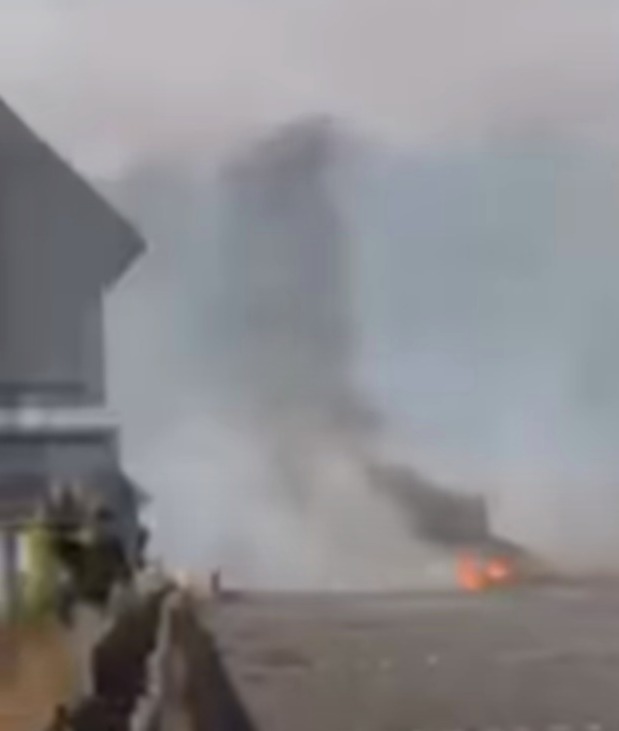 He was arrested, charged with reckless burning, then released, but went on to rob a gas station before being arrested for a second time, this time for arson.

Acord, from Puyallup, WA, has now appeared in court via video link from Pierce County Jail.

It has also emerged that in 2014 at a protest in Seattle he was arrested for putting a burning flare underneath a car. 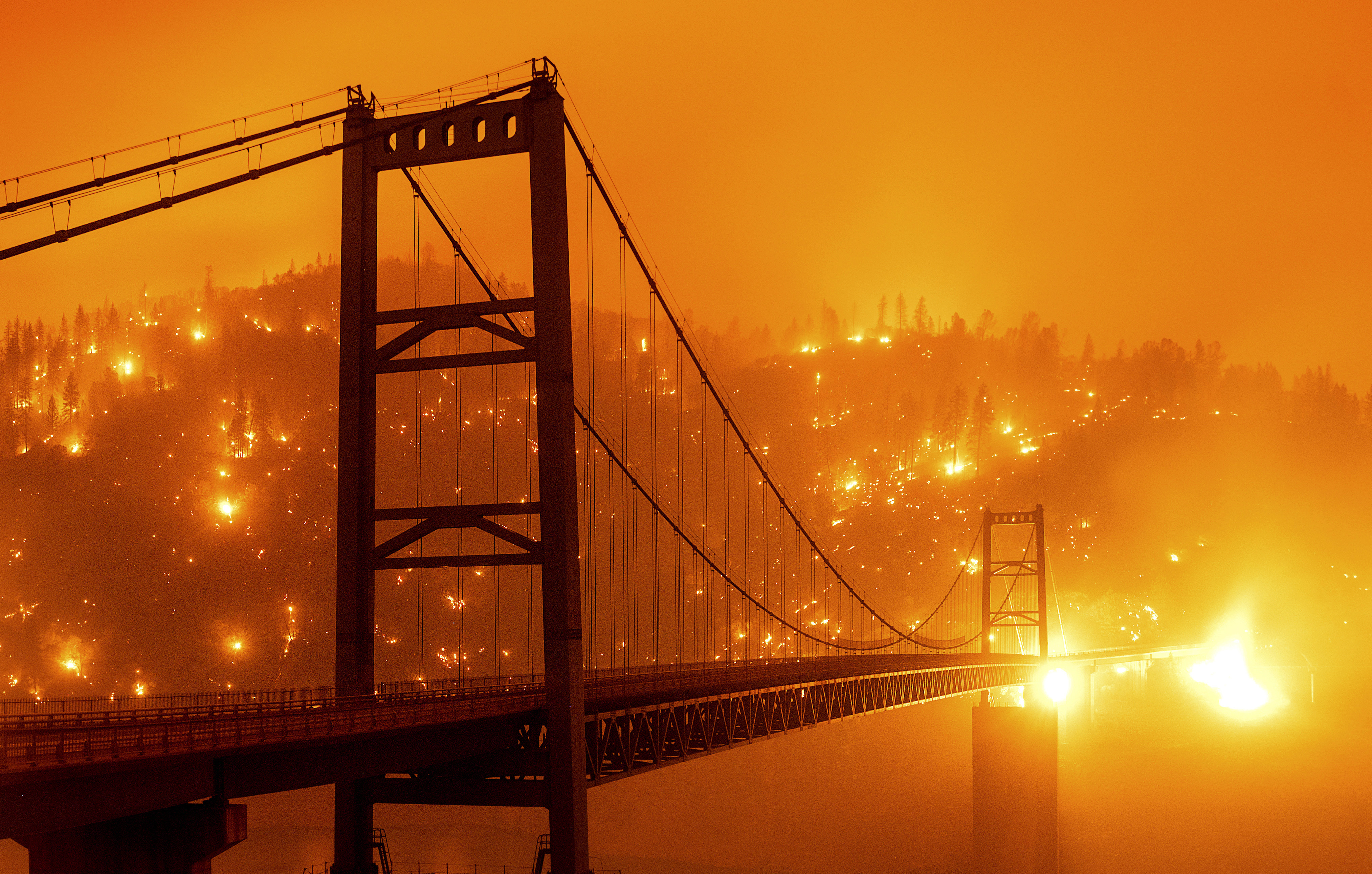 Officers later found he had a knife, a loaded handgun with no permit, an assault rifle and a cardboard box full of fireworks.

Another suspected arsonist threw a match onto dry grass by a freeway slip road and stood watching it burn before he was arrested.

Jacob Anthony Altona, 29, from Tacoma, WA, was spotted by a passing deputy at the junction of state routes 512 and 7.

She spotted smoke pouring from the grass and Altona standing nearby. 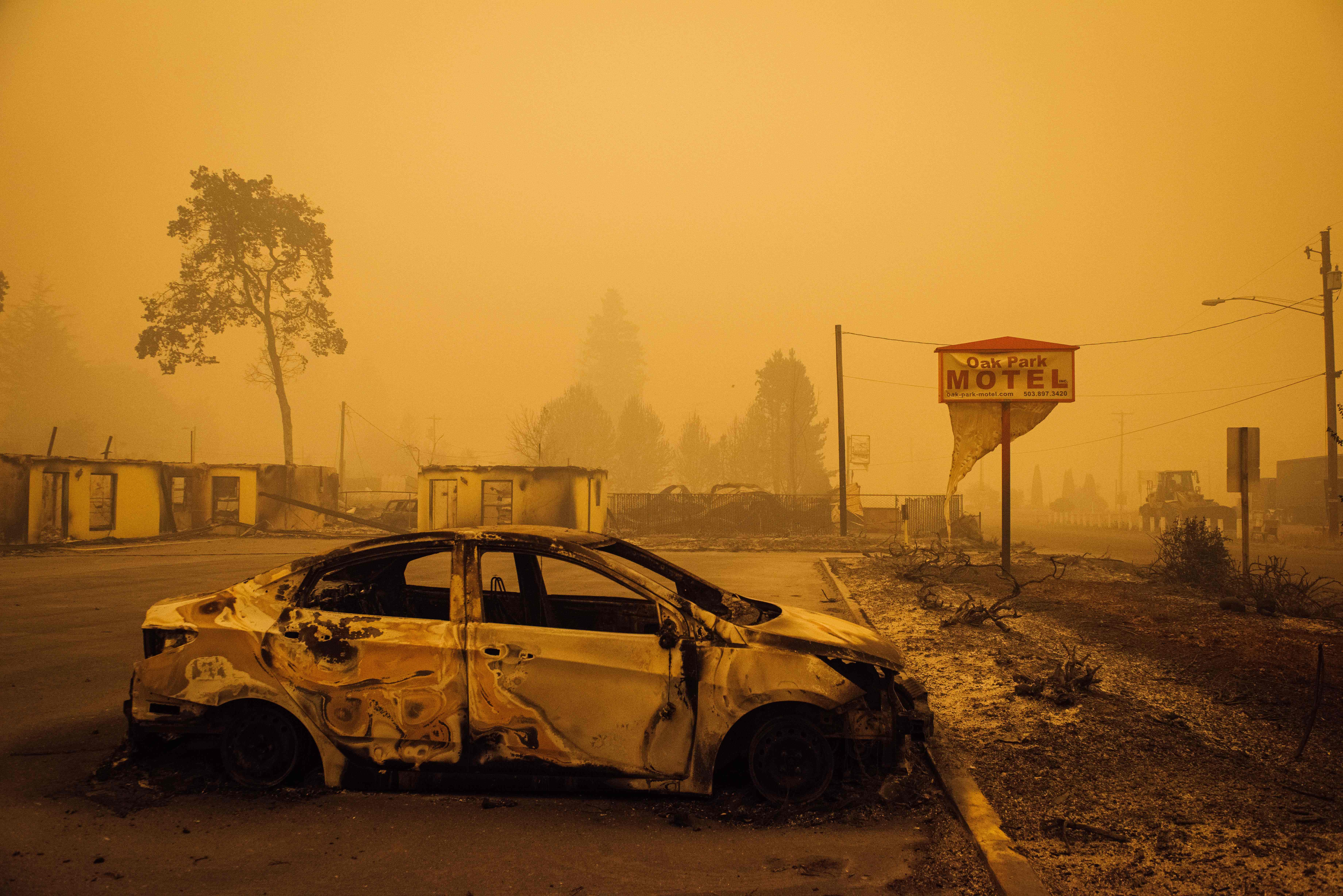 Altona ran off when he realised he had been spotted but she gave chase and caught him.

He is also being held at Pierce County Jail.

Michael Jarrod Bakkela, 41, is accused of starting blazes that fed the Almeda fire in southern Oregon.

He was spotted allegedly starting a blaze behind a home in Phoenix and the blaze later joined the Almeda inferno which had started about six hours earlier.

The fire Bakkela started is considered to be one of the origins of the Almeda fire and the two quickly merged, said Oregon State Fire Marshal’s office spokesman Rich Tyler. 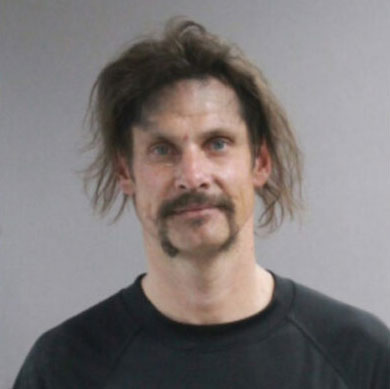 The homeowners who spotted him had to flee the area fearing their home was going to be burnt to the ground.

The house was believed to have been severely damaged.

Several other homes were either totally or partially destroyed.

Bakkela has now been charged with two counts of arson, 15 counts of criminal mischief and 14 counts of reckless endangering. 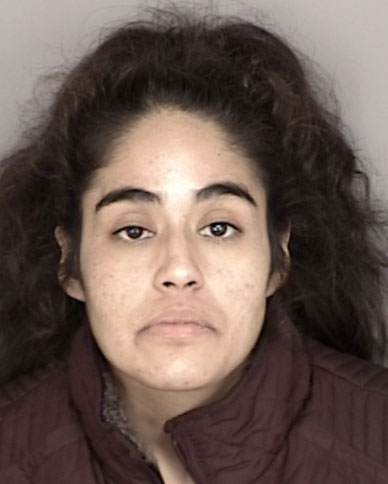 Anita Esquivel, 37, is accused of lighting a blaze near Monterey on the 101 highway.

So far no links between the four and the Antifa anti-facist movement have been found, contrary to conspiracy theories on social media.