A NEAR two-ton female great white shark dubbed a “true queen of the ocean” has been captured by a team of marine biologists off the coast of Nova Scotia.

The massive great white shark, which is the largest of its kind was found in the northwest Atlantic – measuring more than 17-feet long and weighing over 3,500 pounds. 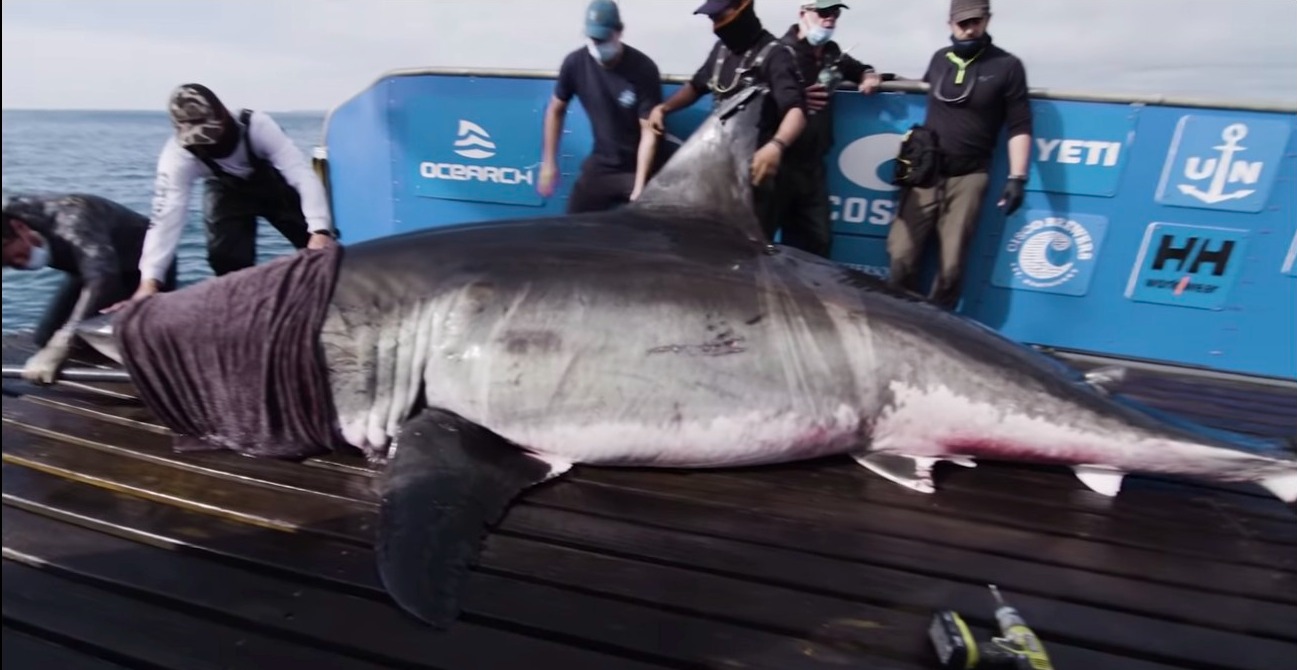 In a recent video posted on Facebook by the non-profit research organization OSEARCH, expedition leader Chris Fischer dubbed the giant shark a “true matriarch of the sea.”

“She’s probably 50-years-old and certainly her first litters of pups she would have been having 30 years ago are also making babies,” Fischer said in the video.

“It’s really humbling to stand next to a large animal like this.”

In a separate video, Fischer claimed the shark has likely reproduced around 15 times in her life – meaning she could have had as many as 100 offspring in her lifetime and is likely already a grandmother. 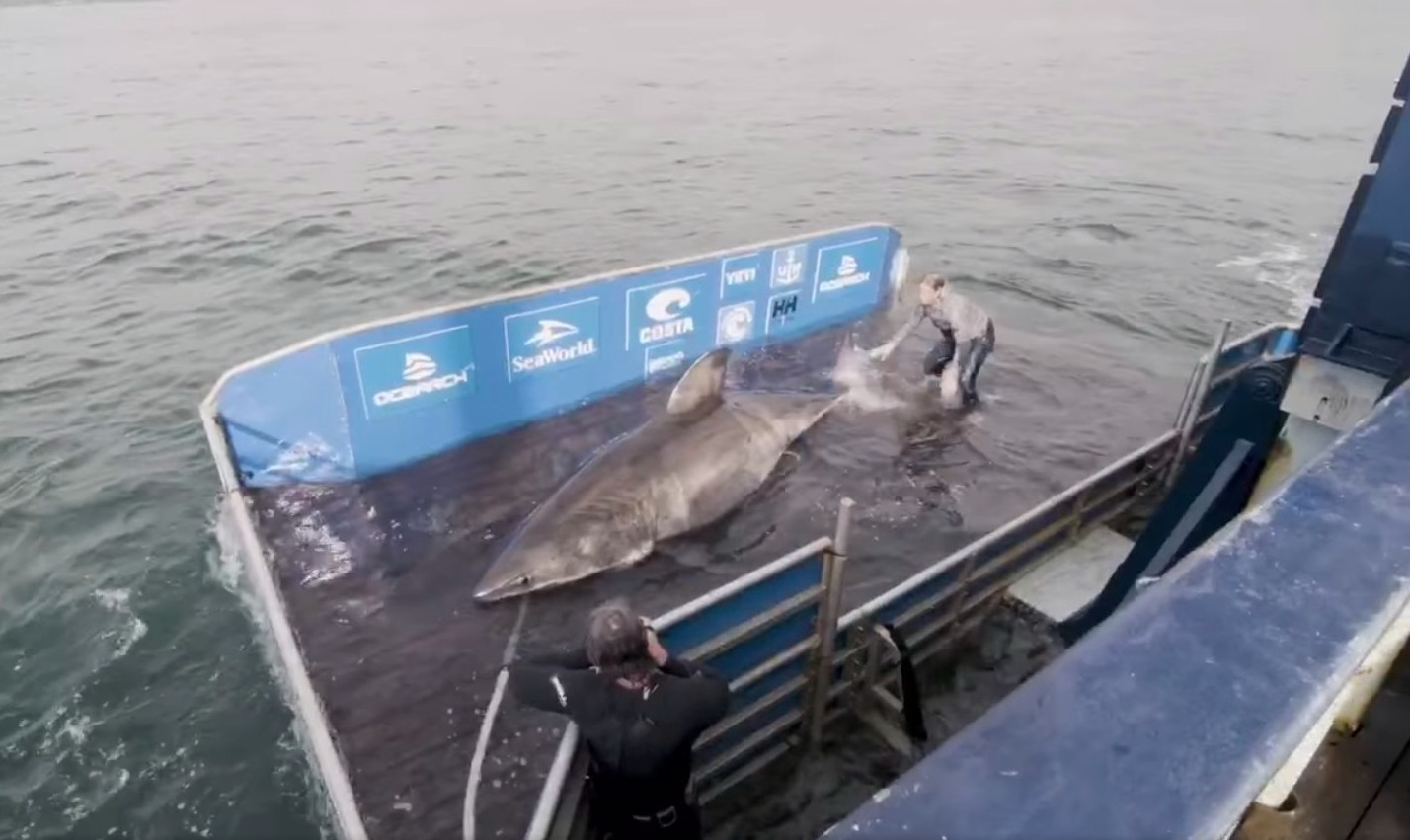 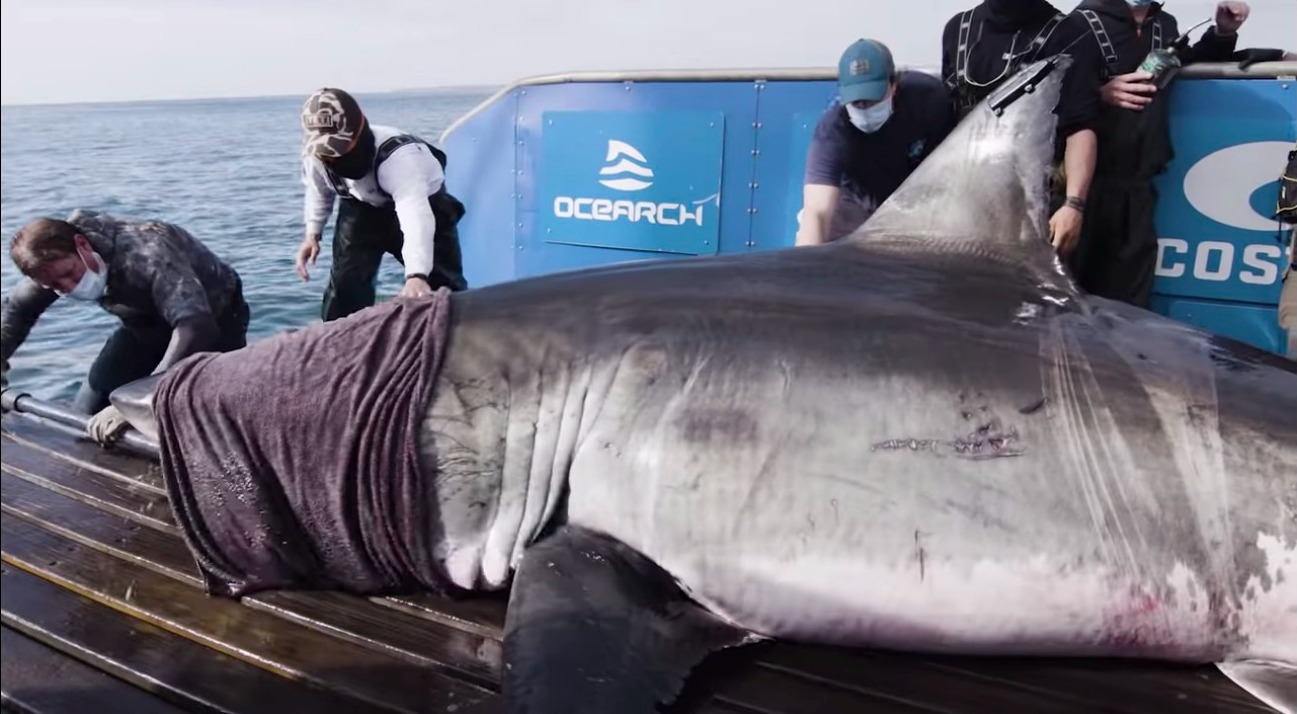 The team of scientists have been on a month-long expedition near Nova Scotia to tag great white sharks and take cell and blood samples to better understand the population’s migration patterns through the North Atlantic.

The team has named the massive shark Nukumi after “a legendry wise grandmother figure” from the Native American Mi’kmaq people, whose ancestral lands include Nova Scotia, according to the Facebook post.

“When you look at all the healed-over scars and blotches and things that are on her skin, you’re really looking at the story of her life, and it makes you feel really insignificant,” Fischer said in the video.

“She would be a proper, true matriarch of the ocean, a grandmother of sharks.” 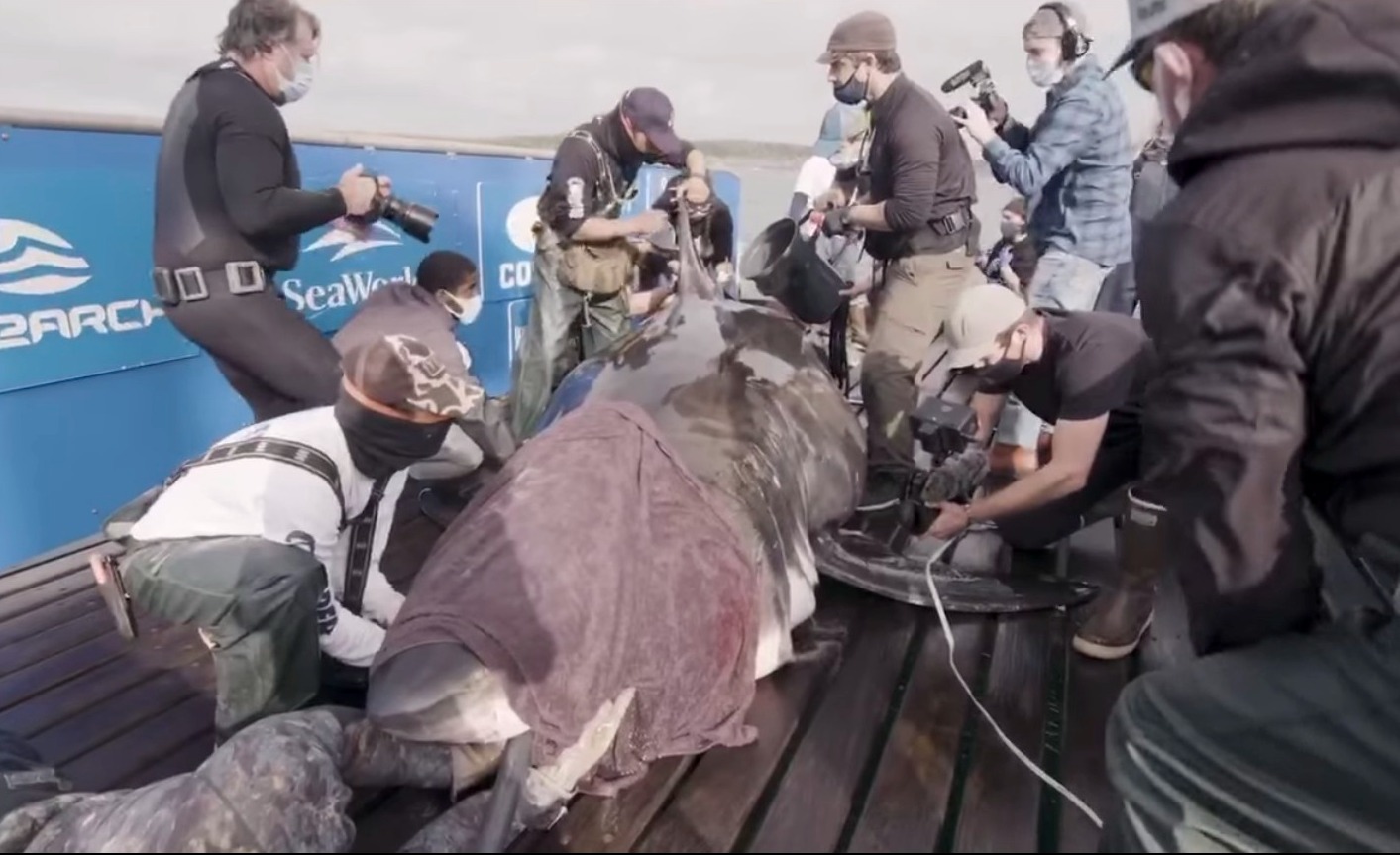 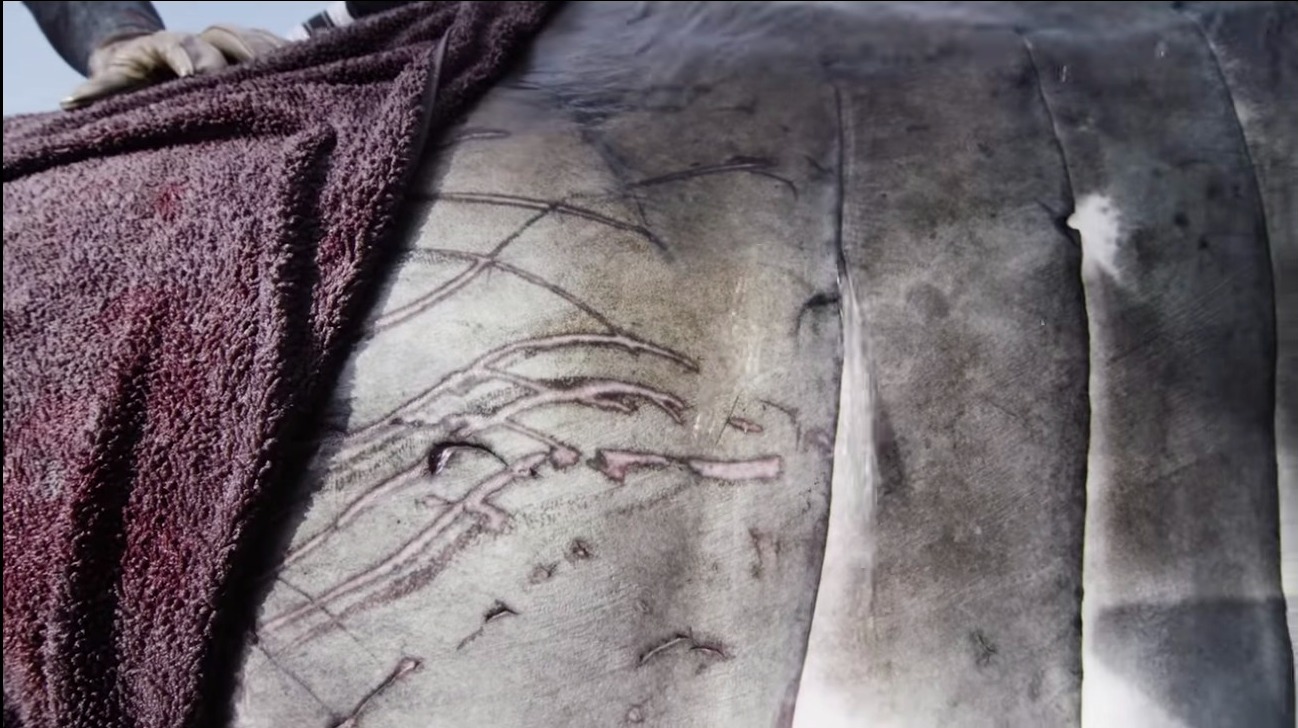 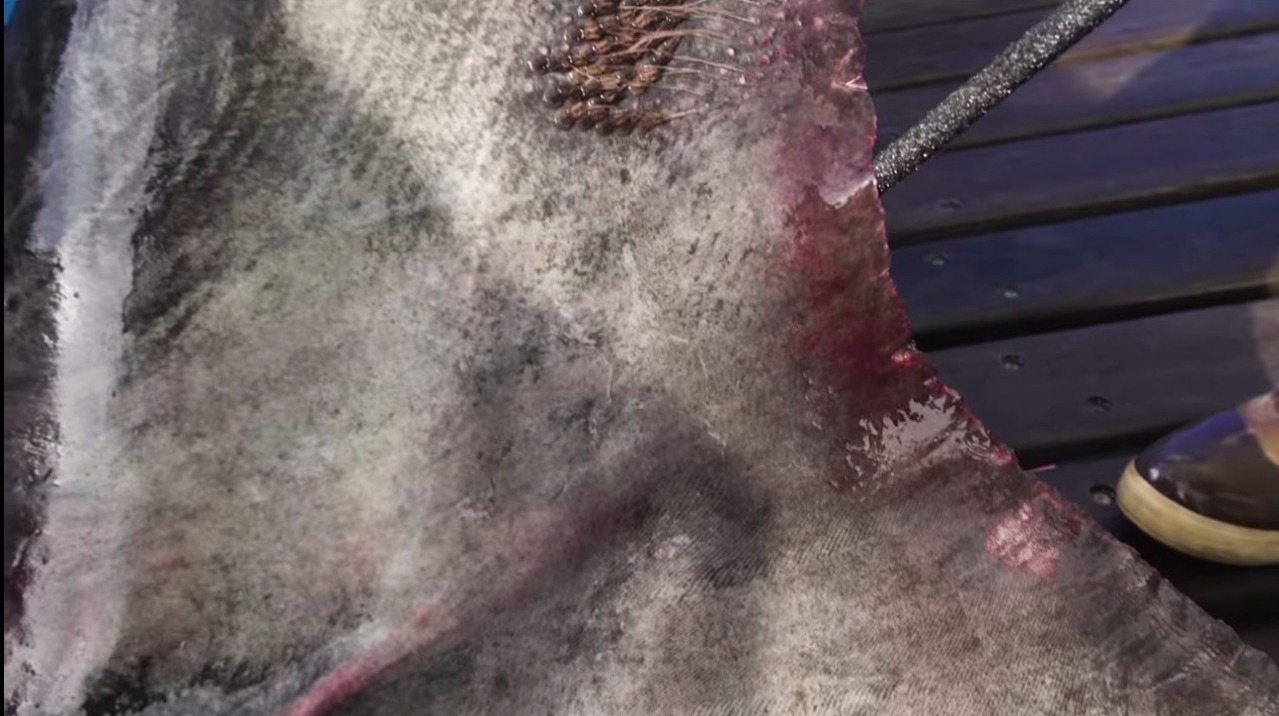 After collecting their samples from Nukumi the researchers released her back into the ocean.

Great white sharks can live up to at least 60 years, according to the Smithsonian, though scientists are constantly learning new information about the king of the ocean.

Sharks are among earth’s oldest living animals, fossils of a creature believed to be the ancestor of the great white shark, Megalodon – is estimate to have lived more than 20 million years ago.

Another shark ancestor, Helicoprino, is believed to have swam the ocean nearly 290 million years ago, according to the Smithsonian.

On Monday, Fischer said they found two additional female great white sharks, which total nine sharks that the team of biologists have be able to sample and tag on the nearly month-long expedition.

He has called the trip “hugely successful” on “multiple levels.”