The company is set to cut 200 jobs at its site in Guildford, Surrey, 160 in Falkirk, 90 in Scarborough and 200 in support functions across its bases.

The business was sold to a Canadian firm, the NFI Group, last year for £320million.

But demand for new buses has dropped since less passengers have been using public transport during the coronavirus lockdown. 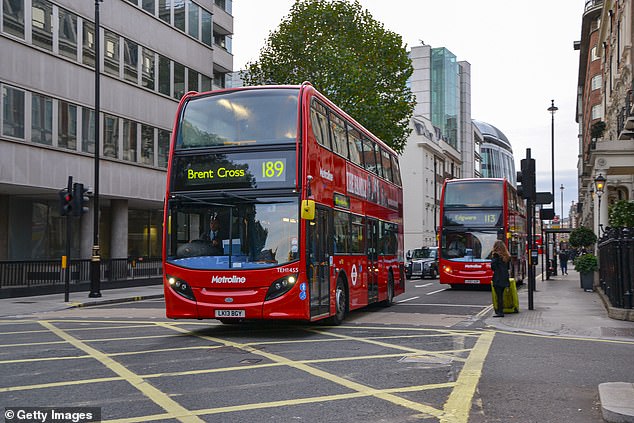 Britain’s biggest bus manufacturer Alexander Dennis, bus made by the company pictured above, plans to cut 650 jobs after the Covid-19 crisis slashes the demand for new vehicles

Managing director Paul Davies said: ‘We have no choice but to implement these tough decisions to protect the company’s future health.

‘We remain confident that the situation will improve in time, and we are well placed to take advantage when that happens, but right now we have to adjust to our new economic reality.

‘We continue to call upon the UK and Scottish governments to urgently introduce meaningful support to facilitate demand for new buses and coaches, not only to prevent further damage to UK bus and coach manufacturing that could threaten additional production sites, but to help build back better with a green recovery that delivers cleaner air for our towns and cities.’

Unite’s Scottish secretary Pat Rafferty described the announcement as ‘devastating’, adding the union will not allow the ‘savage cuts’ to go unopposed.

Regional officer Willie Thomson told the BBC: ‘We believe these actions are premature and urge the company to continue to explore all options to protect jobs and livelihoods. We stand ready to work with them to achieve this.

‘Covid-19 has had a significant impact on the bus industry with the collapse of new orders from operators due to the crisis.’ 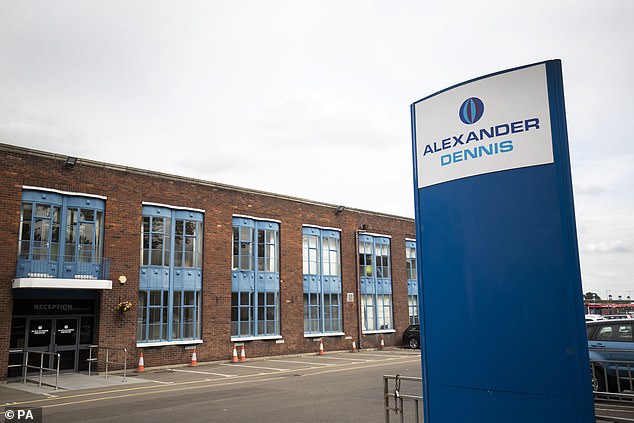 The company plans to cut 200 jobs at its site in Guildford, Surrey, 160 in Falkirk (file photo of site, above), 90 in Scarborough and 200 in support functions across its bases 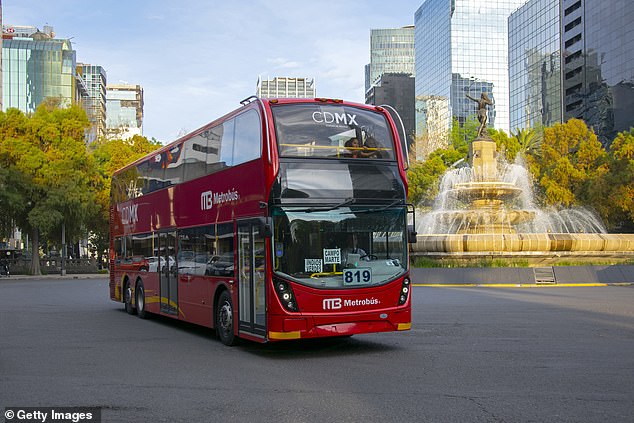 The job losses add to many thousands already announced as the pandemic wreaks havoc on Britain’s businesses, with Marks & Spencer announcing on Tuesday that it will axe 7,000 jobs as part of a further shake-up of its stores and management.

It has been predicted some 6.5million jobs in total will go in the UK because of the coronavirus disaster.

It has led to calls for a targeted support scheme for the sector amid concerns the Government’s action will not be enough to save jobs or specifically help or retrain those in retail who have lost their roles.

The Government’s furlough scheme for workers comes to an end in October and while it has launched the back to work bonus, offering firms £1,000 for every furloughed staff member a business retains, there are fears there will still be thousands more retail jobs axed.

Chancellor Rishi Sunak unveiled his Plan for Jobs in the summer statement alongside a 15 per cent cut in VAT to add to the 100% business rates relief already available for eligible businesses.

British Airways has so far announced the largest cull, signalling that it may have to cut as many as 12,000.

The likes of Laura Ashley, Cath Kidston and Oasis are among the other big-name brands that have collapsed this year.

How more than 187,000 jobs have now been lost or are at risk amid the coronavirus pandemic

M&S has become one of the latest employers to cut a large numbers of jobs, saying it plans to cut around 7,000 over the next three months across stores.

And around 14,000 jobs could be on the brink at struggling department store Debenhams, with plans to liquidate the business being drawn up in case other options for saving the company – such as selling it – fall through.

Here are the major potential job losses announced since the coronavirus lockdown was imposed on March 23: