A bus passenger was stabbed to death moments after berating a couple over their failure to wear coronavirus face masks.

CCTV footage shows Andrey Khabursky, 53, getting up from his seat to criticise the couple, which sparked an argument.

The unnamed girlfriend sought to diffuse the row. 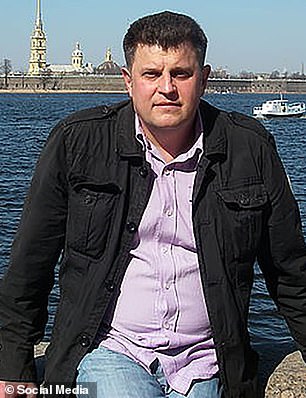 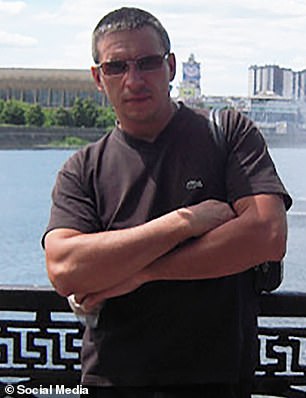 Andrey Khabursky (left), 53, was allegedly stabbed to death by Alexey Verbitsky (right), 40, after an argument broke out between them on the bus in St Petersburg 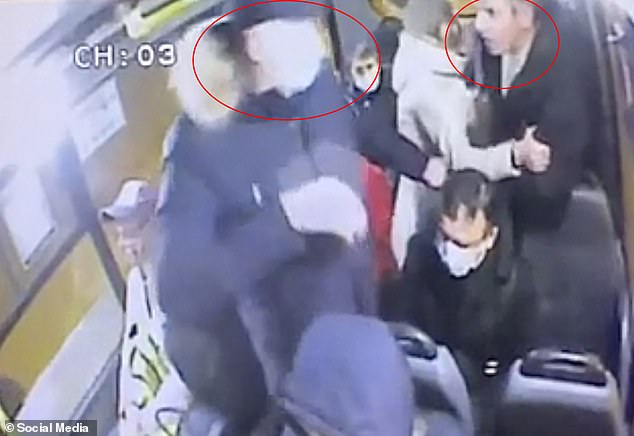 At this point, as the scheduled minibus service halted at a stop, Khabursky – who was returning home from a work celebration – struck the other man in the face then made for the door.

The video shows how Verbitsky jumps across his girlfriend to follow Khabursky off the vehicle.

It is alleged that Verbitsky then stabbed him once in the back. Khabursky collapsed on the pavement.

Separate footage shows the knifeman desperately seeking to revive him. Soon afterwards paramedics found that he had died at the scene. 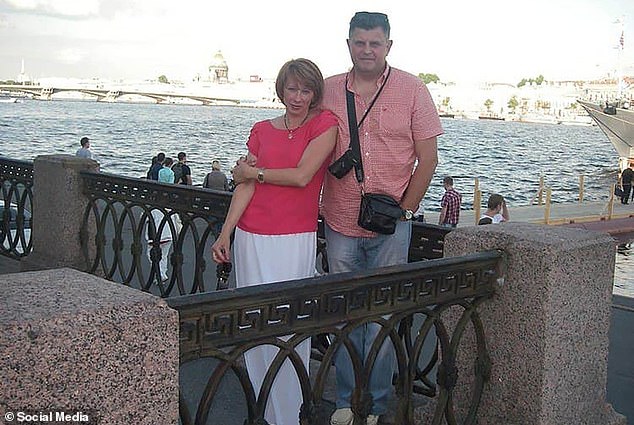 Verbitsky, a welder, was detained and a murder case has been opened, according to law enforcement.

The couple’s daughter said she could not believe the circumstances of her father’s death.

She said: ‘He was killed for a remark on the bus. For the fact that he just made a remark.

‘And then he was attacked because of this. He was coming home from a corporate party – but he was killed.

‘I’d rather not talk about that. You know, I can’t comment on the observance of the mask regime now.

‘I myself just do not understand how it happened.’

A friend of Verbitsky said he was a normally ‘calm’ man, an athlete. He probably carried a knife for self-defence, he said.

‘I called him at the weekend, and everything was fine with him,’ he said.

‘He doesn’t believe in COVID. He is an ordinary athlete.

‘Damn, to suffer so much because of a mask?

‘What an absurdity, such nonsense. Why does this happen to people? What awaits him now? Horror.’

Today it recorded a daily toll of 63 deaths.

Major hospitals like the Mariinskaya reportedly had no spare beds.