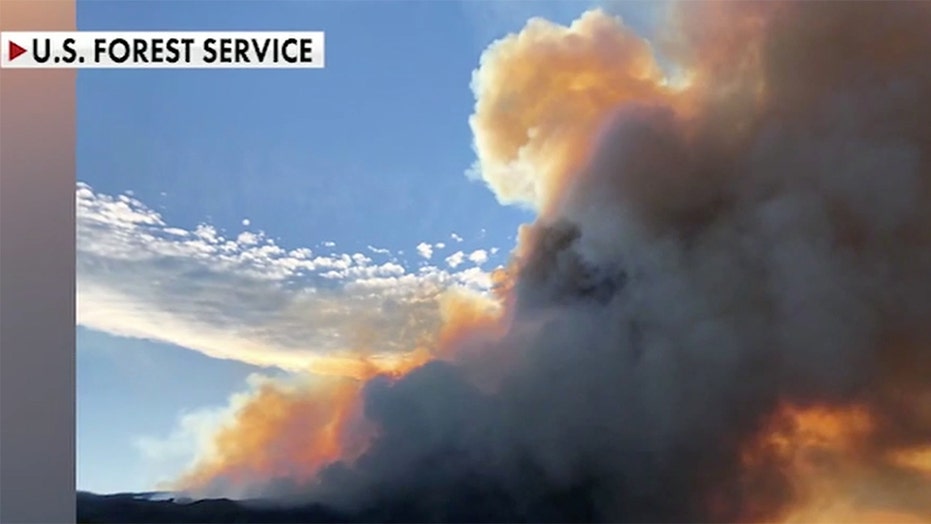 Another injured firefighter is receiving treatment.

A small Southern California town was under an evacuation order Saturday as firefighters battled a rapidly spreading wildfire.

The order applied to residents of Oak Glen, population 638, according to Cal Fire officials.

Around 11:30 a.m., Cal Fire reported that the El Dorado Fire, had a “moderate to dangerous rate of spread."

About 5 acres were burning when firefighters first arrived at the scene an hour earlier. It appears to have started somewhere behind El Dorado Ranch Park in Yucaipa, the Desert Sun reported.

A Cal Fire spokeswoman told the paper the fire, fueled by grass and brush, was burning uphill toward Highway 38, and was driven by a slight wind.

Oak Glen, about 15 miles east of San Bernardino is a mountain community known for its apple orchards.

The fire broke out on a Labor Day weekend of extreme heat with temperatures well into the 100s and low humidity levels, NBC 4 Los Angeles reported.