Sweden’s state epidemiologist has warned that chasing herd immunity is both ‘futile and immoral’ in the fight against coronavirus.

Anders Tegnell, the architect of Sweden’s liberal approach to the outbreak, said the transmission of an infectious disease could not be fully halted by herd immunity without a vaccine.

The scientist went on to describe how the European nation, which last week took its first step towards regional after seeing a rise in cases over the summer, was now at a ‘critical juncture’ after the number of daily cases rose by 70 per cent in a week. 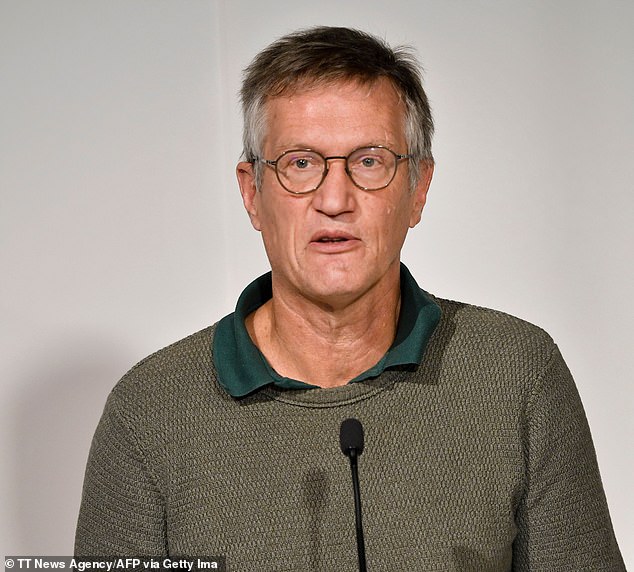 Mr Tegnell told the German newspaper Die Zeit: ‘There has up to now been no infectious disease whose transmission was fully halted by herd immunity without a vaccine.’

It comes as Sweden total death toll reached 5918 on Tuesday and the total number of cases reached 115,785 cases.

Despite a rise in the number of cases over the summer, Dr Tegnell said the curve was rising ‘less steeply’ and had not resulted in more people needing to be admitted to hospitals.

Dr Tegnell continued: ‘We do have more new infections than we did in the summer and we’re taking it very seriously.

‘But the curve is rising less steeply than elsewhere. So far the increase has not resulted in more people needing to be admitted to hospitals. All in all, we’re  fairly satisfied.’

It comes after 170,000 citizens in Upsala, near Stockholm, were asked to work from home, avoid social gatherings, physical contact and public transport as the country took its took its first steps towards a regional lockdown last week.

‘It is not a lockdown as that would mean that you shut down the whole society,’ said Mr Tegnell.

It came after the epidemiologist said that he wanted over-70s to ‘live a bit more of a normal life’ after months of being told to avoid social contact and do their shopping online.

The rules for Upsala follow the approval of a legal framework for local restrictions to be imposed by the government in Stockholm.

Mr Tegnell said the decision had been made with local authorities after it emerged that the virus was not spreading in clusters but was moving through broader society in the city.

During the first wave of the outbreak, Sweden never went into lockdown, and bars, shops and restaurants stayed open throughout the pandemic along with primary schools.

However, over-70s were told to ‘limit close contact with others’ and ‘maintain contact with your nearest and dearest via telephone or computer’ rather than in person. 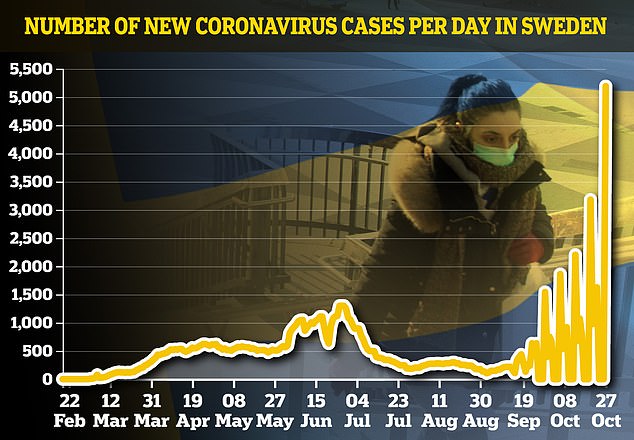 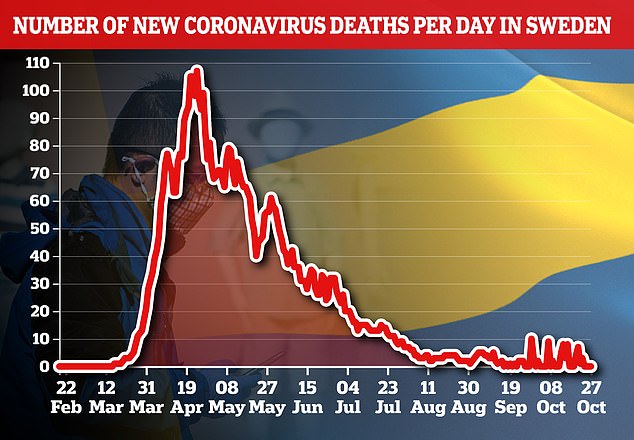 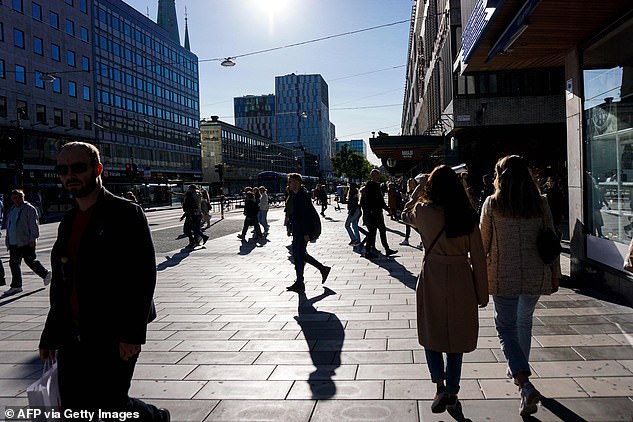 The scientist went on to describe how the European nation was now at a ‘critical juncture’ after the number of daily cases rose by 70 per cent in a week. Pictured: People walk in Stockholm amid the Covid-19 pandemic

Older people were also encouraged to avoid public transport and ‘ask for assistance with food shopping and performing errands’.

A review by Sweden’s health and social care inspectorate found in June that 70 per cent of Covid-19 deaths were linked to care homes for older people.

However, new regulations in the country’s 1,700 care homes allowed a visiting ban to be lifted on October 1.

Mr Tegnell had previously said there was a ‘mixed picture’ on immunity, dampening hopes that Sweden’s strategy would bring the virus to a standstill once enough people have recovered.

The idea of ‘herd immunity’ has been touted by those opposed to lockdowns but Mr Tegnell has maintained that it is not part of Sweden’s strategy.

‘So it’s a really mixed picture and what it means is probably that the spread in the society is very, very uneven.

‘So I don’t think we’re leaning too much on that, we’ve never done, but now we’re mainly looking at number of new cases try to trace them back to their source and doing quite a lot of contact tracing and testing to stop the spread as effectively as possible.’