Sir Cliff Richard has shared a harrowing picture documenting his ordeal with shingles.

The beloved singer was so affected by the stress of being falsely accused of historical sex crimes that he began suffering from shingles, which could have left him blind.

The 80-year-old, who was exonerated of all charges made by an anonymous accuser in 2014, became so unwell during the investigation that it took a devastating toll on his health. 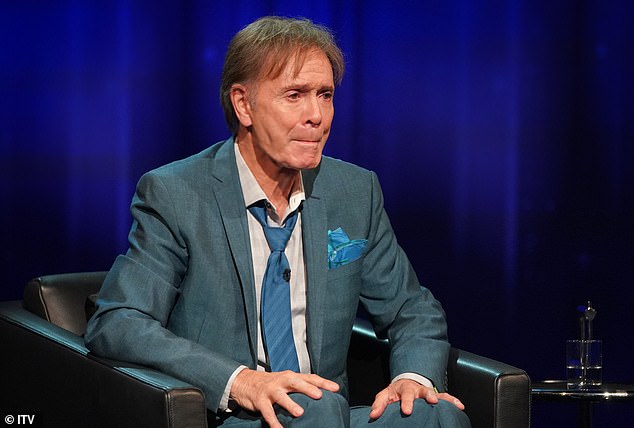 Sir Cliff Richard, 80, has shared a harrowing picture documenting his ordeal with shingles brought on by the stress of being falsely accused of historical sex crimes

A never-before-seen photo shows the painful rash the entertainer had while he stayed in his home in Portugal in the midst of the accusations.

‘I had been through a really, really bad time of my life. I went through a terrible time,’ he said as the picture was shown on Piers Morgan’s Life Stories on ITV on Sunday night.

‘Within four months of my accuser setting fire to my life, I had a pimple on my head and I was in Portugal so I called a friendly doctor I know and said, “Can you come and see me, I don’t know what’s wrong”.

Pointing out how bad it could have been, Sir Cliff added: ‘It was so dangerous – do you see how close it got to my eyes? Had it happened on my eye I might have gone blind.’ 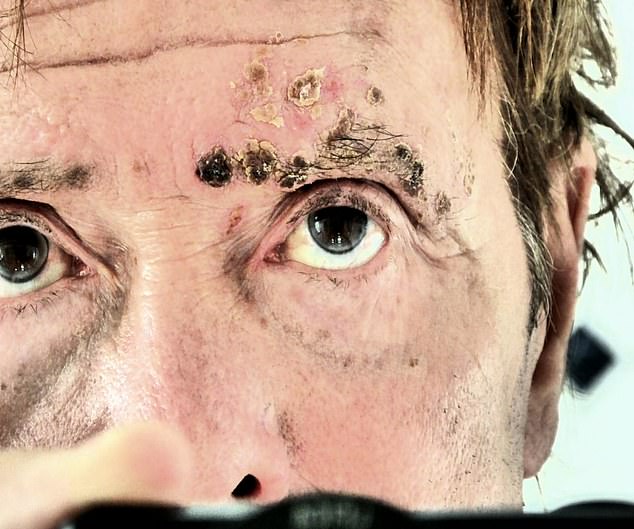 The South Yorkshire Police raided Sir Cliff’s home in 2014 after he was accused of a historic sex crime, coverage of which was aired on the BBC.

He successfully sued the corporation and is thought to have received more than £2million towards his legal costs and £280,000 in damages in 2018.

He said that he was happy to show the graphic photograph to the world because he had found it hard to describe how the stress of the situation had manifested itself in his life. 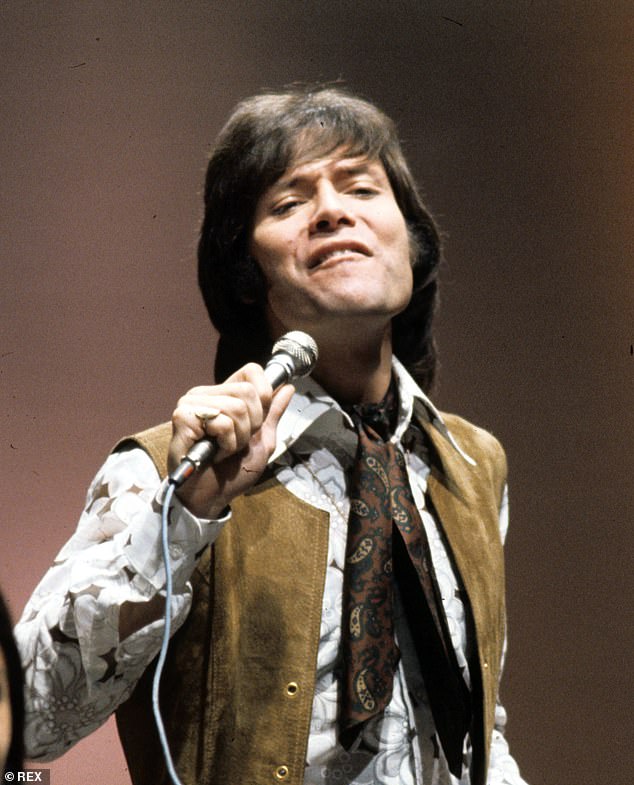 Later in the programme, Sir Cliff said that he had once collapsed on the kitchen floor over the weight of the allegations and the realisation of the impact they could have on his life.

‘I had fallen down because what I had thought was, “Oh my God, I’m in a pit and I don’t know how to get out of this pit. My career rests on it, everything, everything that I’d lived for rested on this”.

‘I’m thinking I could actually end in prison as an innocent man. And suddenly my legs just wobbled, went wobbly and I went to the floor.’

During Sunday’s programme, members of the socially distanced audience were shown wearing homemade coronavirus masks with Sir Cliff’s image printed on them, pictured.

The entertainer turned 80 this month and was able only to celebrate with five friends under current lockdown restrictions.