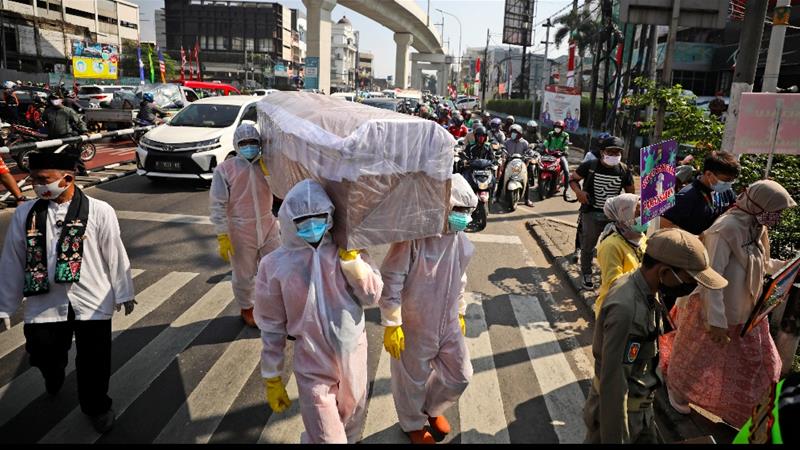 Australia’s health minister says the state of Victoria should consider lifting a nighttime curfew in Melbourne if it wasn’t imposed for health reasons.

The state’s been under pressure over the 8pm (10:00 GMT) – 5am (19:00 GMT) curfew – one of a number of strict measures imposed to stifle a surge in coronavirus that emerged in early August – since the chief health officer told local radio he hadn’t recommended the policy.

State premier Daniel Andrews has said it was introduced to make it easier for police to enforce the other lockdown measures, which remain in force until September 28. The curfew’s been fuelling quite a lot of discussion on social media.

The only other places I’m aware have used curfews are those with crisis-level epidemics (New York, Spain at their peak) and autocratic governments in Africa https://t.co/dvgLhS21Yz

“This is an unprecedented assault on civil liberties.

“If it’s necessary … fair enough. But where’s the evidence? Where’s the advice it would be?”

Neil Mitchell understands police weren’t consulted before the introduction of the curfew. https://t.co/eiTxm4D8Vh

I know the curfew in Melbourne has stopped me from making an 11pm Maccas run at least twice in the last 6 weeks.

Japanese broadcaster NHK says Tokyo is considering lowering the alert level in the capital because cases are easing.

The capital’s currently at the highest level.

At the national level, officials will meet on Friday to consider easing restrictions on large scale events.

The COVID-19 pandemic has widened the gap between rich and poor, boys and girls, according to a new global survey by Save the Children.

In the six months since the pandemic was declared, the most vulnerable children have disproportionately missed out on access to education, healthcare, and food, and suffered the greatest protection risks, the UK-based group said.

The survey, based on the experience of 25,000 children and their caregivers across 37 countries, found:

“To protect an entire generation of children from losing out on a healthy and stable future, the world needs to urgently step up with debt relief for low-income countries and fragile states, so they can invest in the lives of their children,” Inger Ashing, Save the Children’s CEO, said in a statement.

“The needs of children and their opinions need to be at the centre of any plans to build back what the world has lost over the past months, to ensure that they will not pay the heaviest price.”

00:30 GMT – Jakarta heads back to lockdown amid coronavirus ’emergency’

Jakarta governor Anies Baswedan says the Indonesian capital will head back into lockdown as it steps up efforts to tackle what he said was an “emergency – more pressing than the start of the pandemic.”

From Monday, all offices will be closed except for businesses in 11 “essential” fields. Entertainment venues will be shut down and all gatherings banned. Religious events will only be allowed at the village level for people who live in the area, he added.

Baswedan said the measures were necessary because modelling showed the capital’s hospitals would be overwhelmed by September 17 if no action was taken.

Indonesia has recorded 8,336 deaths from coronavirus, the most in Southeast Asia.

Read all the updates from yesterday (September 9) here.