Lawmakers are also facing a potential government shutdown that could prolong the economic pain. Nine drugmakers are pledging to thoroughly vet any coronavirus vaccine.

Japan approved a plan to spend more than $6 billion from its emergency budget reserves on coronavirus vaccines. 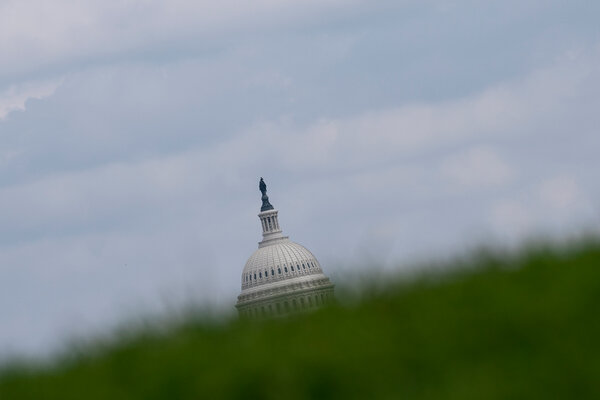 As senators return to Washington, an impasse over a virus relief package looms.

Senators return to Washington on Tuesday from their annual summer recess, no closer than when they left three weeks ago to resolving sharp divisions over another coronavirus aid package and now facing a potential government shutdown that could deepen the economic pain.

The impasse amounts to a fraught political situation for both parties less than two months before the November election, with millions still unemployed and cities and states beginning to enact significant budget cuts with no promise of relief from Congress.

Senate Republican leaders are hoping to corral their caucus around a scaled-back stimulus plan that would reinstate lapsed federal unemployment benefits at $300 per week — half their previous level — and allocate $105 billion for schools and funds for testing and the Postal Service, according to Republican aides familiar with the discussions. The plan represents an effort to intensify pressure on Democratic leaders, who want to restore the $600 unemployment benefits and have refused to consider any measure below $2.2 trillion.

A procedural vote advancing the legislation could come as early as this week, according to Republican aides, but it remains unclear whether Republicans can coalesce around it.

Even if they do, Democrats are expected to block it. In a letter to his caucus, Senator Chuck Schumer of New York, the minority leader, called the bill “emaciated” and urged Democrats to push for “another comprehensive, bipartisan bill that meets the moment facing our nation.”

Lawmakers are more optimistic about the chances for a stopgap budget bill to avert a shutdown at the end of the month; Speaker Nancy Pelosi and Steven Mnuchin, the Treasury secretary, have reached an informal agreement on the bill. It is unclear how long the measure would provide funding after the new fiscal year begins on Oct. 1, but it would be all but guaranteed to last beyond the Nov. 3 election.

“The most important thing is to make sure at the end of the month, we don’t shut down the government and we get something past the election,” Mr. Mnuchin said on “Fox News Sunday.”

For now, though, lawmakers’ focus is on a stimulus bill, with the Republican measure still taking shape. At least one Republican, Senator Josh Hawley of Missouri, has petitioned the White House for the inclusion of a refundable tax credit for home-schooling expenses in the measure, according to a person familiar with the request.

For his part, President Trump does not appear eager to play deal maker. At a White House news conference on Monday, he said he saw no need to meet with Democrats because “they don’t want to make a deal because they think it’s good for politics if they don’t make a deal.”

“I don’t need to meet with them to be turned down,” he said.