Nicola Gobbo was an “agent for police” and an “instrument” for investigators throughout her legal career, with the unprecedented decision to go from barrister to informer a “disgraceful” betrayal of her profession, her clients and the entire justice system, the Royal Commission into the Management of Police Informants has found.

Royal commissioner Margaret McMurdo said the actions of the once-promising lawyer were “inexcusable … improper and duplicitous”. 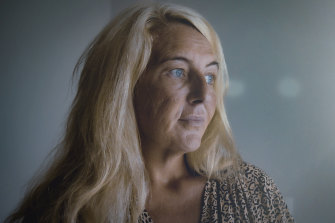 Ms Gobbo, 48, often boasted of the achievements of her prominent legal and political family, but now stands condemned for actions that “harmed the wider Victorian criminal justice system” and potentially contaminated the cases of more than 1000 former clients.

“The ripple effects of this conduct will continue to emerge, and continue to be felt, over coming years," Ms McMurdo wrote in her final report. The “magnitude and duration of her conduct” from 1998 to 2013 had corroded public confidence in the “legal processes at the heart of our democracy”.

“Having considered the available evidence, the commission has concluded that Ms Gobbo’s conduct should be referred to a special investigator, to determine whether there is sufficient evidence to establish the commission of any criminal offence or offences.”

But questions remain about whether Ms Gobbo, who is in hiding overseas for her own safety, can be held to account in Australia.

Despite wide-ranging powers under the Inquiries Act, the royal commission was forced to negotiate the cooperation of Ms Gobbo due to jurisdictional issues and what she claims are serious mental and physical health problems.

It remains unclear what powers the special investigator will have to compel Ms Gobbo to engage with its inquiries or whether, if charged with criminal offences, she could be forcibly returned to Melbourne. Legal representatives for Ms Gobbo did not respond to a request for comment.

The royal commission’s findings have cast significant doubt on Ms Gobbo’s claims that she was compelled to become an informer through a combination of police pressure and fear of her clients, including members of the Mokbel drug cartel.

It found that Ms Gobbo displayed “a flippant disregard for her professional responsibilities” from the time she was first registered as a lawyer, a pattern that was repeated as she provided information to police informally and then as a registered source over virtually every year of her professional life from 1998 to 2013.

“The Commission is not persuaded that Ms Gobbo’s upbringing and personality satisfactorily explain or excuse conduct that was intentional and persisted over a number of years. Whatever the motivations, her conduct, even at this early stage, was unethical and apt to undermine the administration of justice.”

By the time Ms Gobbo was finished, the royal commission said her misconduct had potentially contaminated the cases of 1011 individuals, of which 124 people could have been falsely convicted by her actions as an informer or by manipulating others to inform on them.

The royal commission has recommended Ms Gobbo be permanently expunged from records of current or former barristers. While she was struck off the Roll of Legal Practitioners in October 2020 by order of the Supreme Court, she remains on the roll of retired barristers, a situation the royal commission found intolerable.

The royal commission said Ms Gobbo, while holding duties of confidentiality and legal professional privilege to her clients, was in fact an “agent for police” and an “instrument” for police investigators.

But Ms McMurdo was also careful to place Ms Gobbo’s failures in the wider context of profound misconduct by Victoria Police.

“Ms Gobbo could not inform on her clients without the assistance of the Victoria Police officers to whom she informed,” the final report said.

“It is also important to acknowledge that the repercussions of Ms Gobbo’s conduct as a human source were not caused solely by what she did or failed to do, but also by the actions and inactions of Victoria Police officers, and by the institutional shortcomings within Victoria Police that allowed her improper and unethical conduct to commence, continue, escalate and flourish over many years.