In Britain, there is no limit to how long a Prime Minister can stay in power. Back in the 1700’s, Sir Robert Walpole held the title of PM for a length 20 years and 314 days. While in more modern history, Margaret Thatches takes the title – in power for 11 years and 208 days in total. But in the USA, the rules are tremendously different – although President Donald Trump doesn’t seem to have noticed.

Back in June, the US President provoked outrage from critics after he tweeted a parody video of himself standing behind several presidential campaign signs.

While that itself doesn’t seem all that bad, the signs  go from 2024, 2028, to 232 and higher – until the final sign reads ‘Trump 4EVA’ as the billionaire stands soberly in the background.

Then on Tuesday night, Mr Trump tweeted a photo of a campaign sign that read “Trump 2024” along with his new campaign slogan: “Keep America Great!”

But why is this a problem, given what we know about the UK law? 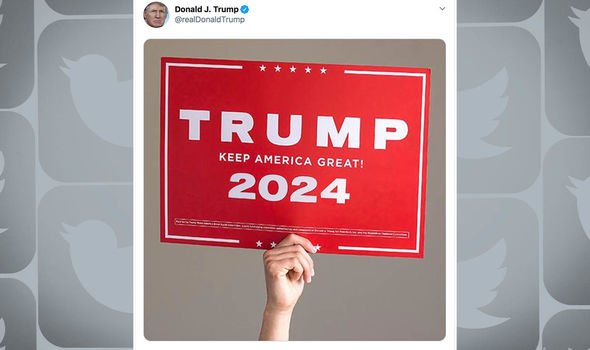 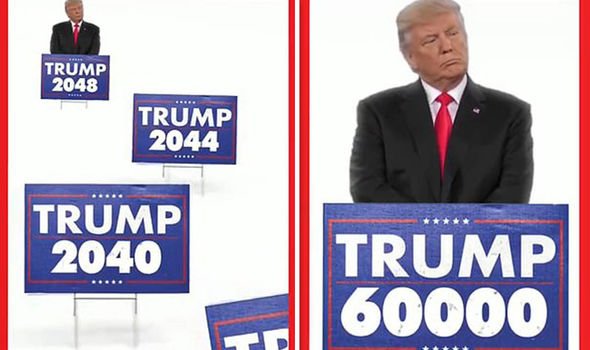 Well, in the USA it would be deemed unconstitutional to try and run for a third term – in fact, Presidents are limited to two terms in office each.

Section 2. This Article shall be inoperative unless it shall have been ratified as an amendment to the Constitution by the legislatures of three-fourths of the several states within seven years from the date of its submission to the states by the Congress. 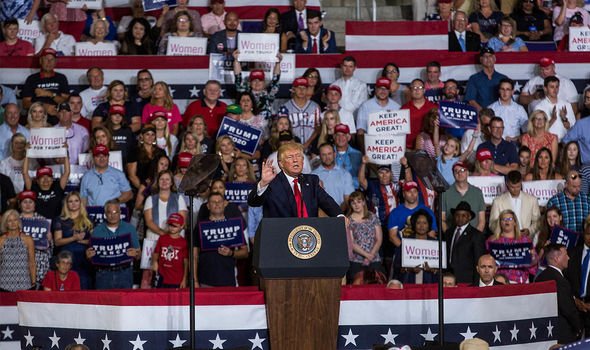 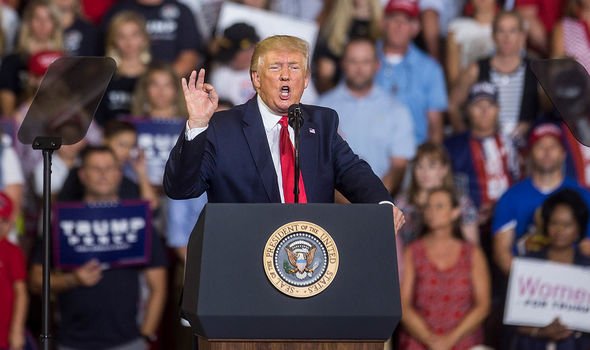 But while this means Mr Trump is constitutionally limited to just two terms in office, his critics remain concerned after the President hinted he “may have to go for an extra term”.

Speaking at a North Carolina rally on Monday, Mr Trump said: “I announced today that we’ve got the soccer world cup.

But Mr Trump claimed he was only joking, adding: “No. No. I’m only kidding. But we actually have the World Cup.

“It’s the biggest sporting event in the world, and we got it. It’s great work.”