At least 26 people have been confirmed dead with dozens more missing after around 100 infernos razed thousands of homes and other buildings. In Oregon, where more than 500,000 people have been evacuated, emergency management director Andrew Phelps said first responders are “preparing for a mass fatality incident”. Governor Kate Brown revealed Donald Trump had pledged to give her “whatever help you need”.

She added: “This could be the greatest loss of human lives and property due to fires in our history.”

The towns of Talent and Phoenix, with a combined population of 11,000, have been almost destroyed in the south of the state, where a fire chief warned that eight of the blazes will “burn until the winter’s rain falls”.

One of those infernos, in Marion County, claimed the lives of 13-year-old Wyatt Tofte and his grandmother Peggy Mosso, 71, after they fled a “wall of flame” engulfing the family home and tried to shelter in a car, which caught fire.

In California, at least 19 deaths have been confirmed, most north of Sacramento – scene of the largest forest fire in the state’s history. 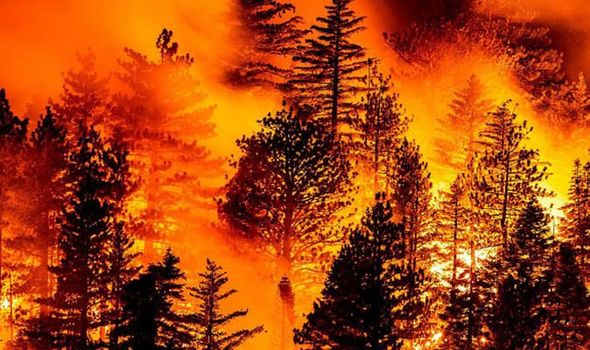 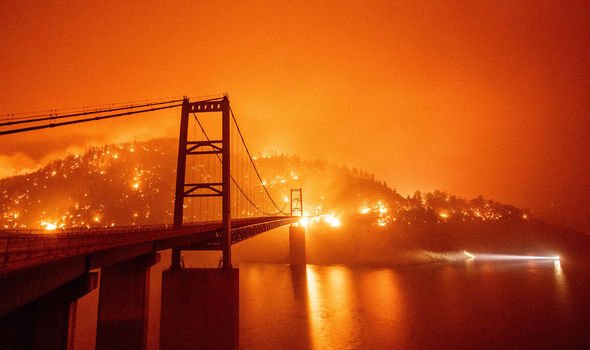 In an angry tirade, he declared: “The debate is over around climate change. This is a climate damn emergency. This is real.”

In Washington state, a one-year-old boy was killed and his parents severely burned when they tried to flee oncoming flames.

They abandoned their vehicle and ran to a river but their son did not survive.