THIS IS the dramatic moment a Russian warship allegedly threatened to ram a US Navy destroyer during a heated standoff in the Pacific.

The footage – taken from the anti submarine vessel Admiral Vinogradov – came during a tense confrontation in the Sea of Japan. 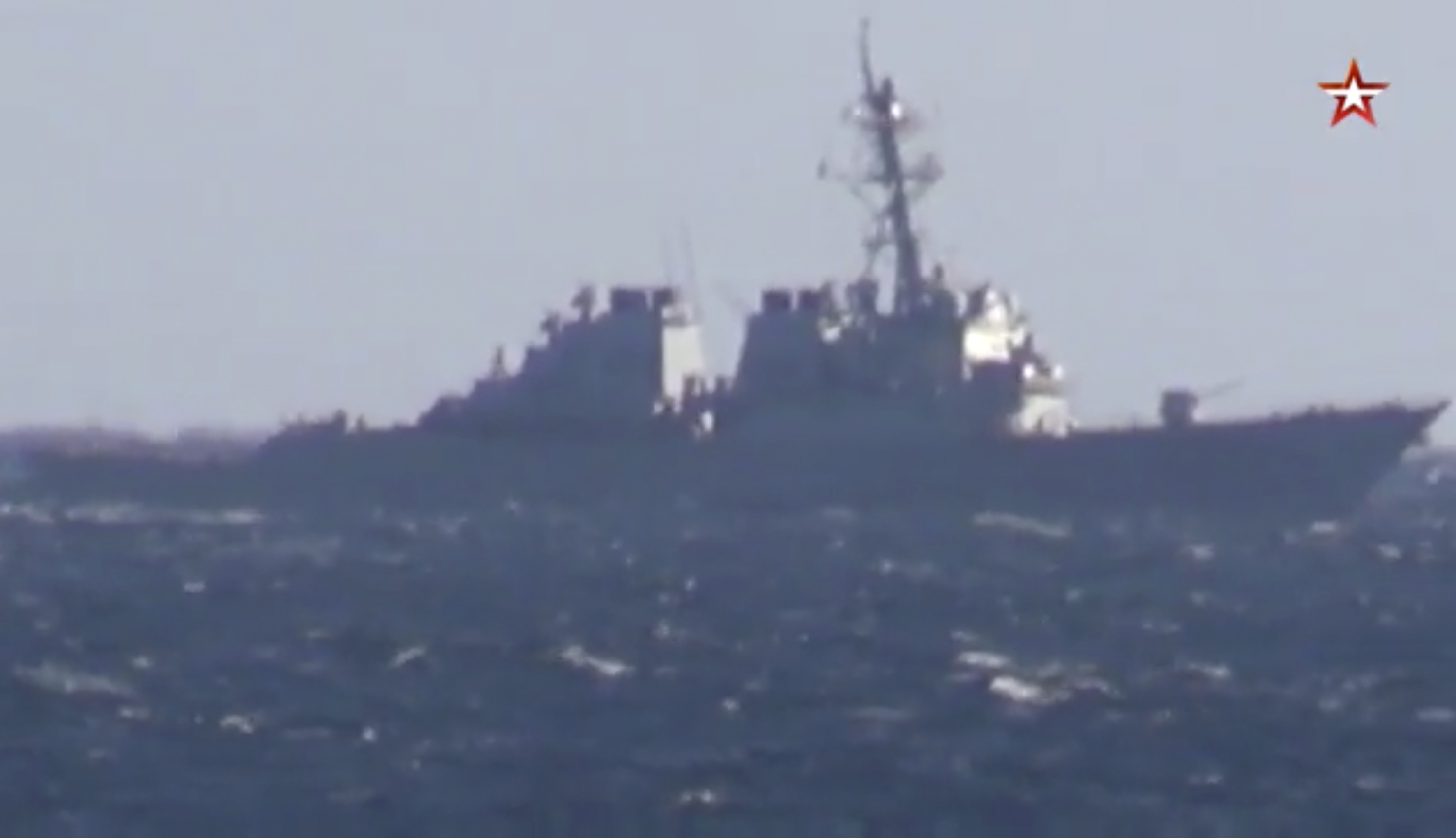 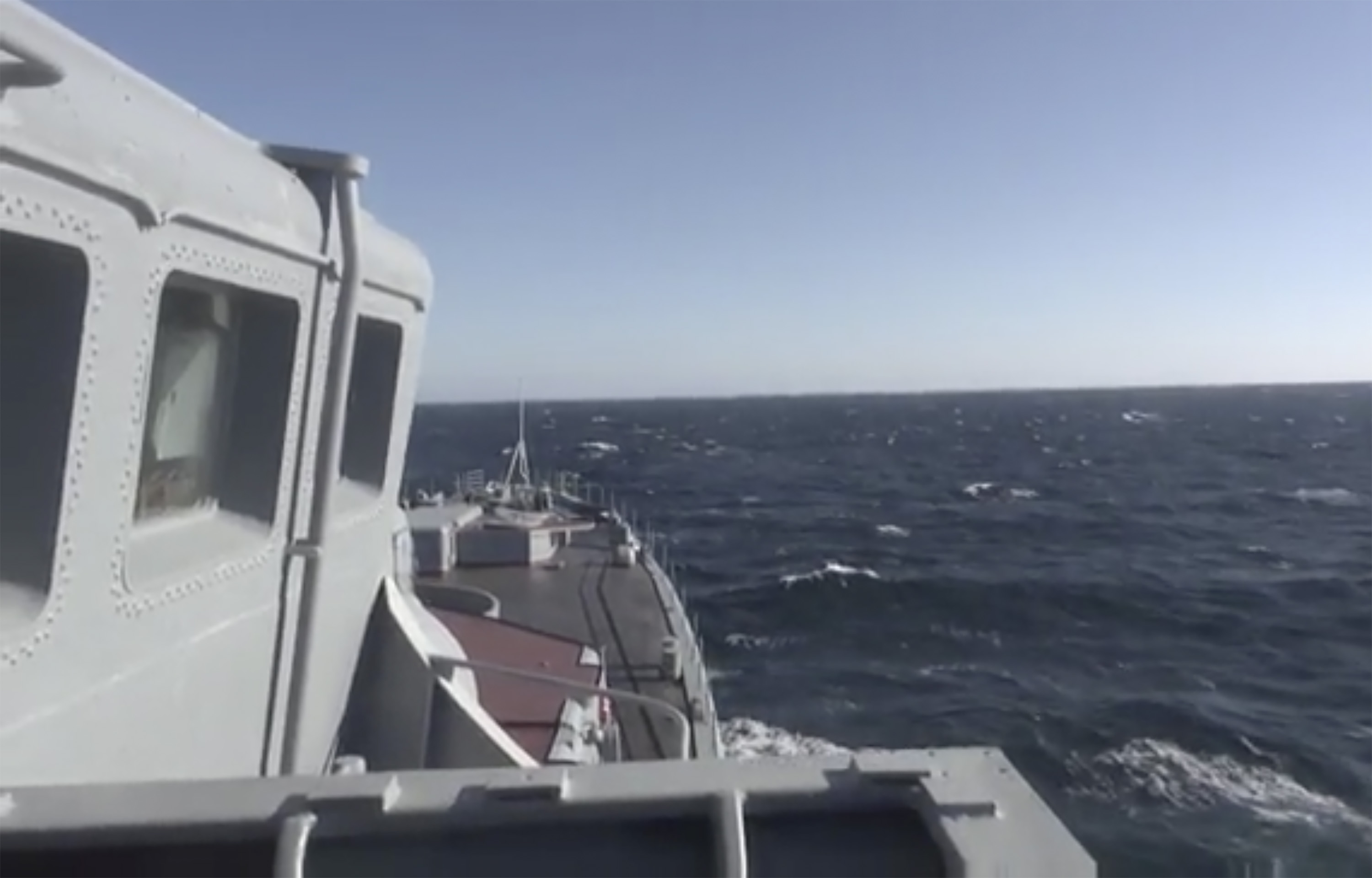 Russia said its vessel threatened the USS John S McCain, a US Navy guided-missile destroyer, for “operating illegally” in its territorial waters in the Sea of Japan.

The US however have claimed the Russian account of the incident is "false".

The skirmish has triggered warnings in Russia that such incidents could lead to full-scale conflict between the two Cold War superpowers.

Last week, the US announced it was withdrawing from its Open Skies arms control treaty with Russia.

It came after it accused Moscow of repeatedly violating the terms of the pact, which allowed unarmed surveillance flights over member countries.

Russian naval commanders claimed the American destroyer “trespassed” two kilometres – one and a quarter miles – in a “brazen” incursion inside its territorial waters.

The Russian Defence Ministry said the 163m Admiral Vinogradov warned the US warship of the “unacceptability” of its position, a claim strongly rejected by the American navy.

The Russians say they threatened a “ramming manoeuvre to force the trespasser to leave territorial waters”.

According to the Russian defence ministry, its Pacific Fleet destroyer used an international communications channel to warn the US ship about "the possibility of using ramming to get the intruder out of the territorial waters".

The Admiral Vinogradov – which carries anti-submarine missiles, air missiles, torpedoes, rocket launchers and two helicopters – then turned towards the John S McCain, according to the Russian account.

“The US ship immediately left for neutral waters,” said the ministry.

The destroyer “did not attempt to re-enter (Russian territorial waters)”.

US officials denied that its 154m vessel had been expelled from Russian waters in Peter the Great Bay, which includes Vladivostok and stretches to the country’s border with North Korea.

USS John S McCain was not 'expelled' from any nation's territory

“The Russian Federation's statement about this mission is false,” said a spokesman for the US Navy's 7th Fleet, Lt Joe Keiley.

“USS John S McCain was not 'expelled' from any nation's territory.”

He said the US "would "never bow in intimidation or be coerced into accepting illegitimate maritime claims, such as those made by the Russian Federation".

The US 7th Fleet, based in Japan, added that its warship had “asserted navigational rights and freedoms in the vicinity of Peter the Great Bay in the Sea of Japan.

“This freedom of navigation operation) upheld the rights, freedoms, and lawful uses of the sea recognised in international law by challenging Russia's excessive maritime claims.”

Such incidents at sea are rare, although the Admiral Vinogradov was also involved in a near-collision with a US cruiser in the East China Sea last year.

In 2017, 10 US Navy sailors died when the John S McCain collided with the Liberian-flagged Alnic MC off the coast of Singapore and Malaysia.

The destroyer only returned to service in June, and sparked tensions in Beijing as it passed through the South China Sea in October.

The former chief of staff of the Russian Navy, Retired Adm. Viktor Kravchenko warned: "The Americans have become absolutely brazen.

“I think the actions of the Russian crew were correct and adequate in the situation.

“The reaction in such cases should be tough. This is a disgrace.”

He said: "This is an obvious violation. Apparently, the U.S. destroyer was conducting reconnaissance. When a foreign ship enters our territorial waters, all our radars are activated.” 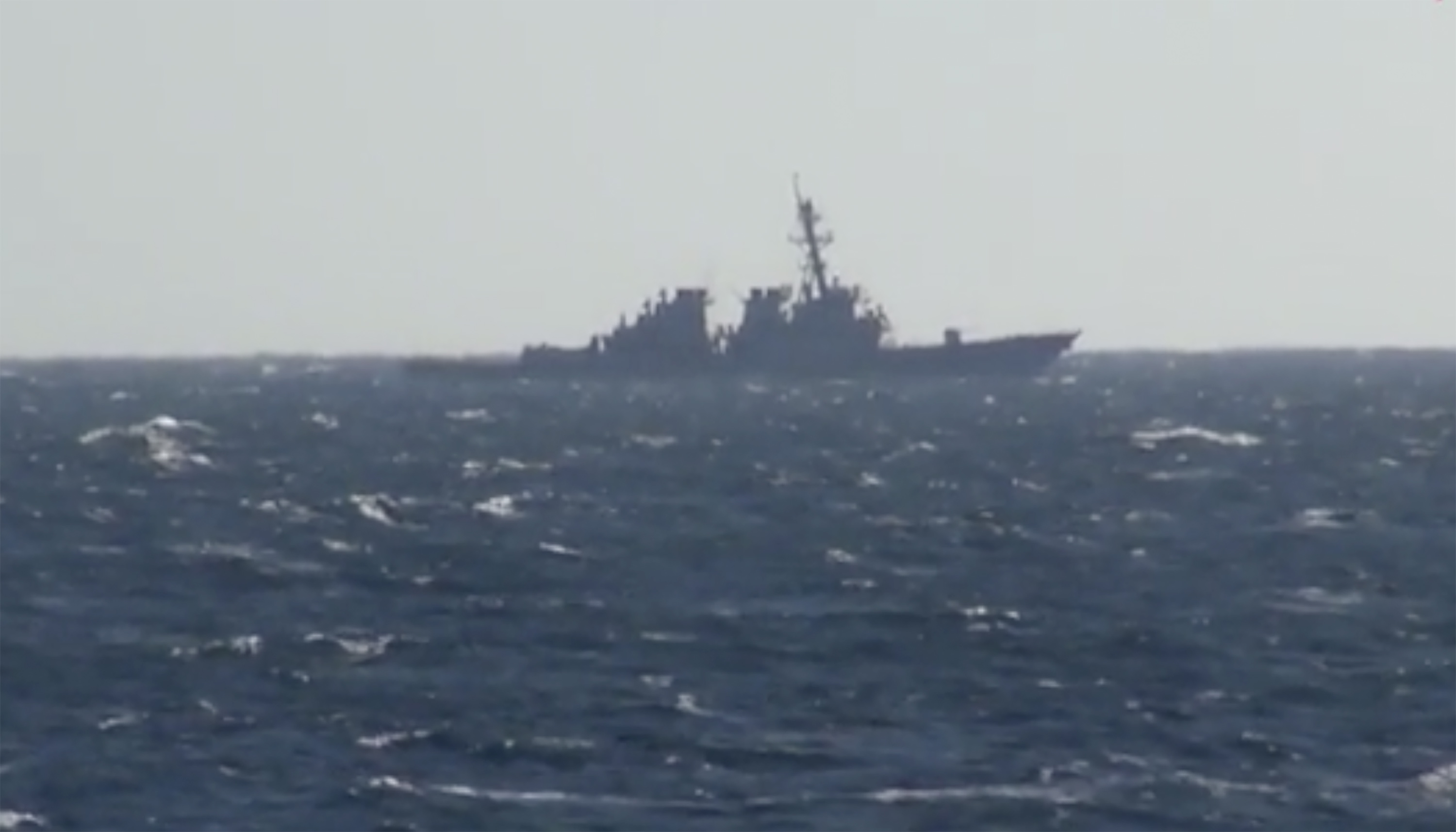 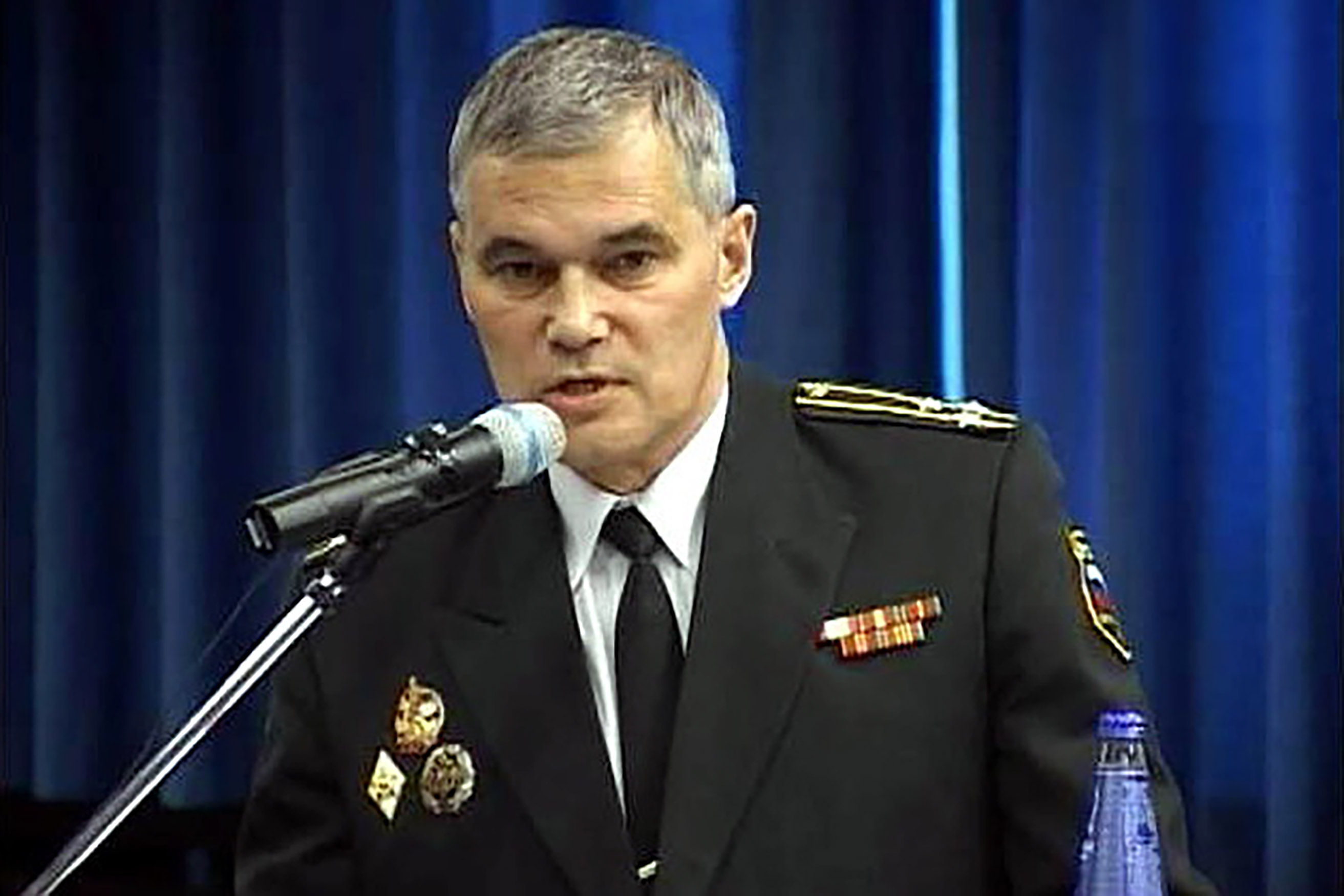 Military scientist Dr Konstantin Sivkov warned of an armed conflict between the US and Russia.

The US had committed “an act of military aggression” and the destroyer should have been “arrested”, he claimed.

In future, Russia should take more decisive measures to prevent this, up to the destruction of the intruding ship, he told 360TV.

The US claimed it had “demonstrated that these waters are not Russia's territorial sea”.

The American government “does not acquiesce to Russia's claim that Peter the Great is an 'historic bay' under international law”, as claimed by the USSR in 1984.

The row is the latest in a string of threats between the countries.

Earlier this year Russia vowed to treat any missile fired towards it as a nuclear attack and said it would respond with its own nukes, after US development of long-range non-nuclear weapons.