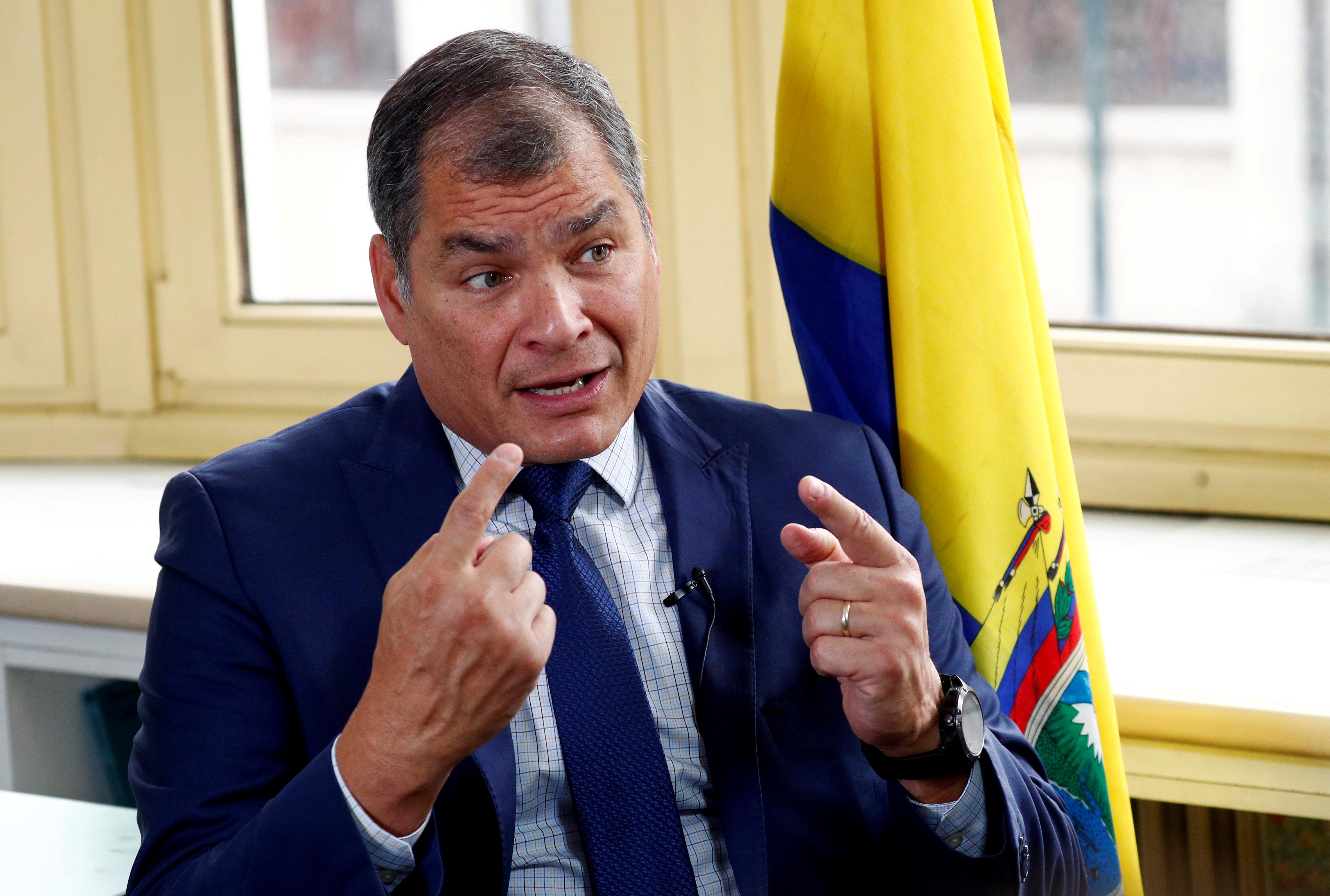 QUITO (Reuters) – An Ecuadorian court on Monday upheld an eight-year prison sentence against former President Rafael Correa for breaking campaign finance laws, blocking him from participating as a vice presidential candidate in the 2021 election.

Correa, who was in power for a decade until 2017 and currently lives in Belgium, announced last month his candidacy for the vice presidency as part of a coalition to challenge President Lenin Moreno – a Correa protege who later fell out with him.

He had filed the appeal, the last one allowed by Ecuadorian law, before the National Court of Justice to annul the ruling that sentenced him to prison and took away his citizenship rights.

The three-judge panel denied the request by Correa, 15 other officials from his government and businessmen linked to the case.

“The sentence was ratified in all its parts, requiring compliance with the penalties imposed in the appeal hearing, which are eight years in prison … and comprehensive reparations to the state for $14.7 million,” the Ecuadorean prosecutor’s office wrote via Twitter.

Correa, 57, denies the accusations of financing campaigns with bribes between 2012 and 2016 and has called the case an example of political persecution by Moreno, who was elected in 2017.

“In record time they draw a final sentence to disqualify me as a candidate,” Correa wrote on Twitter. “Remember: the only thing they condemn us to is to win.”

The former president also has a pending arrest warrant for the alleged kidnapping of a political opponent.