LET’S address the elephant in the vroom — as a big beast charges towards a car after being startled. 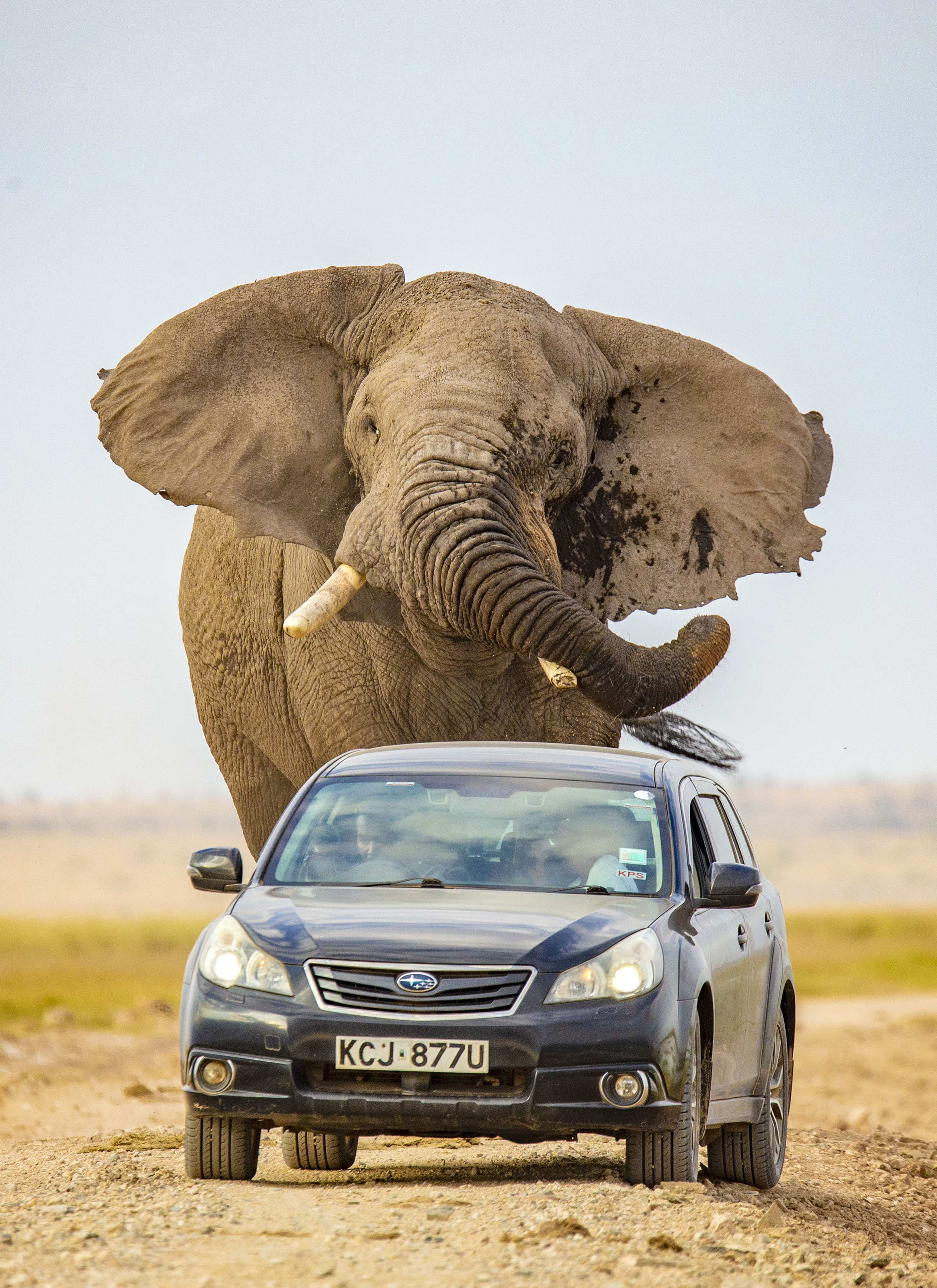 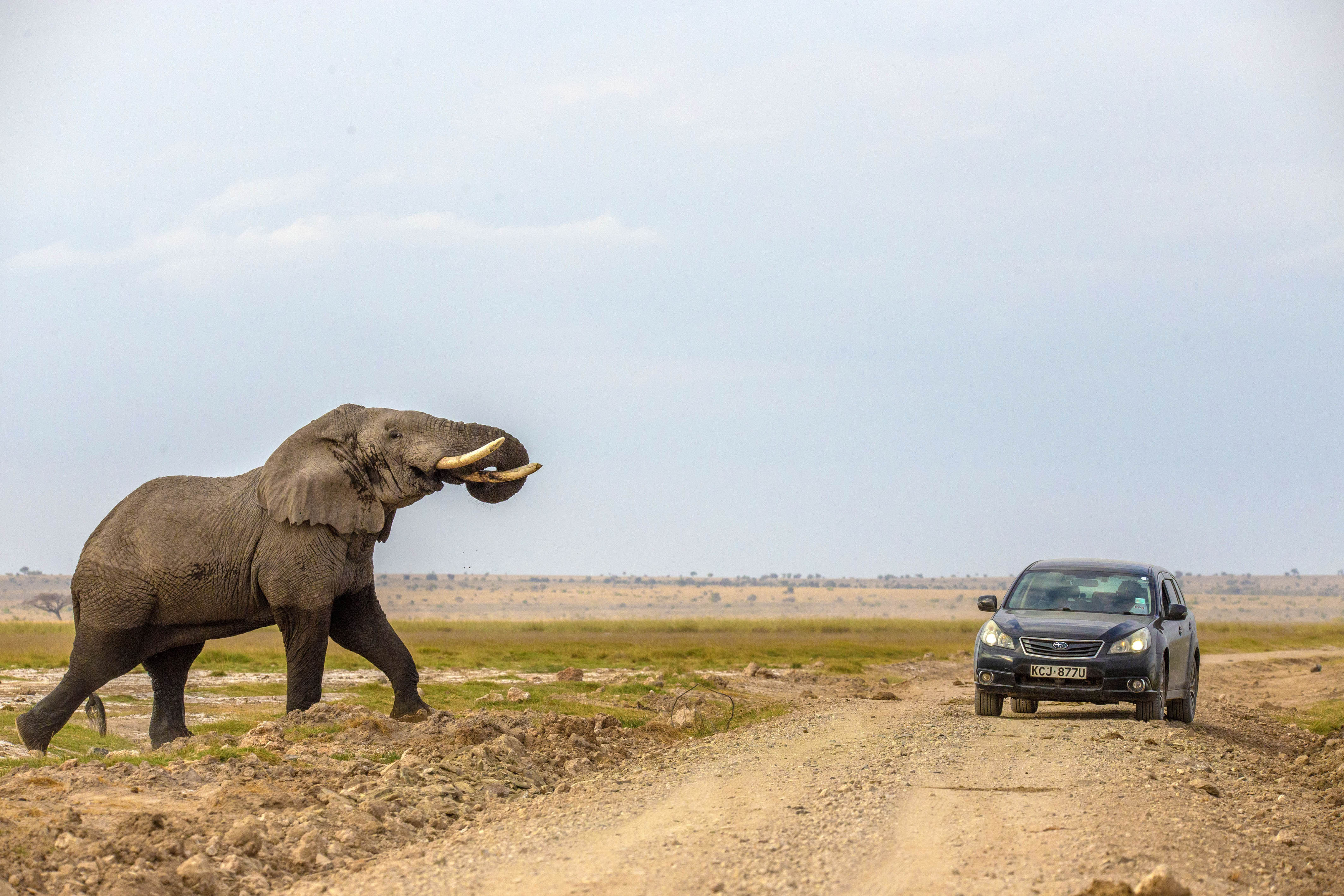 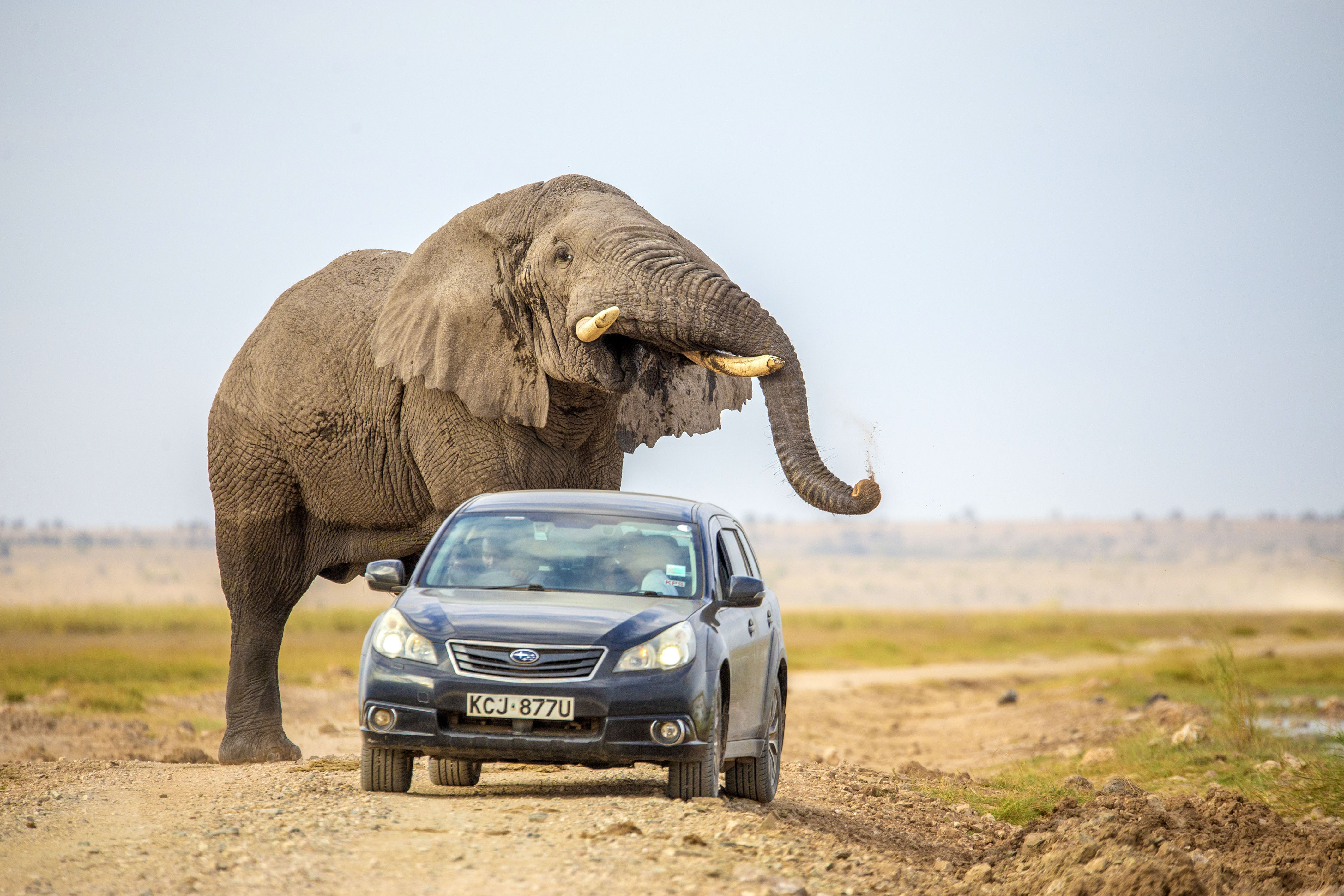 She then pursued a group of campers in another car nearby.

Photographer Mwangi Kirubi from Nairobi, said: “We had split into two groups and were in two cars. We were sat peacefully enjoying the company of the elephants until two other vehicles came speeding towards us and hooting for us to make way for them.

“I have no idea where they were headed, but they were in a hurry and ignoring the 40KPH speed limit of the park.

“I did not think that it had agitated the elephants too much, until from my car I saw the herd’s matriarch approach the other car, which contained the other photographers and threatened to attack.

“This is the moment when I decided to shoot the sequence of images. I could not believe my eyes, the elephant was huge in comparison to the car.” 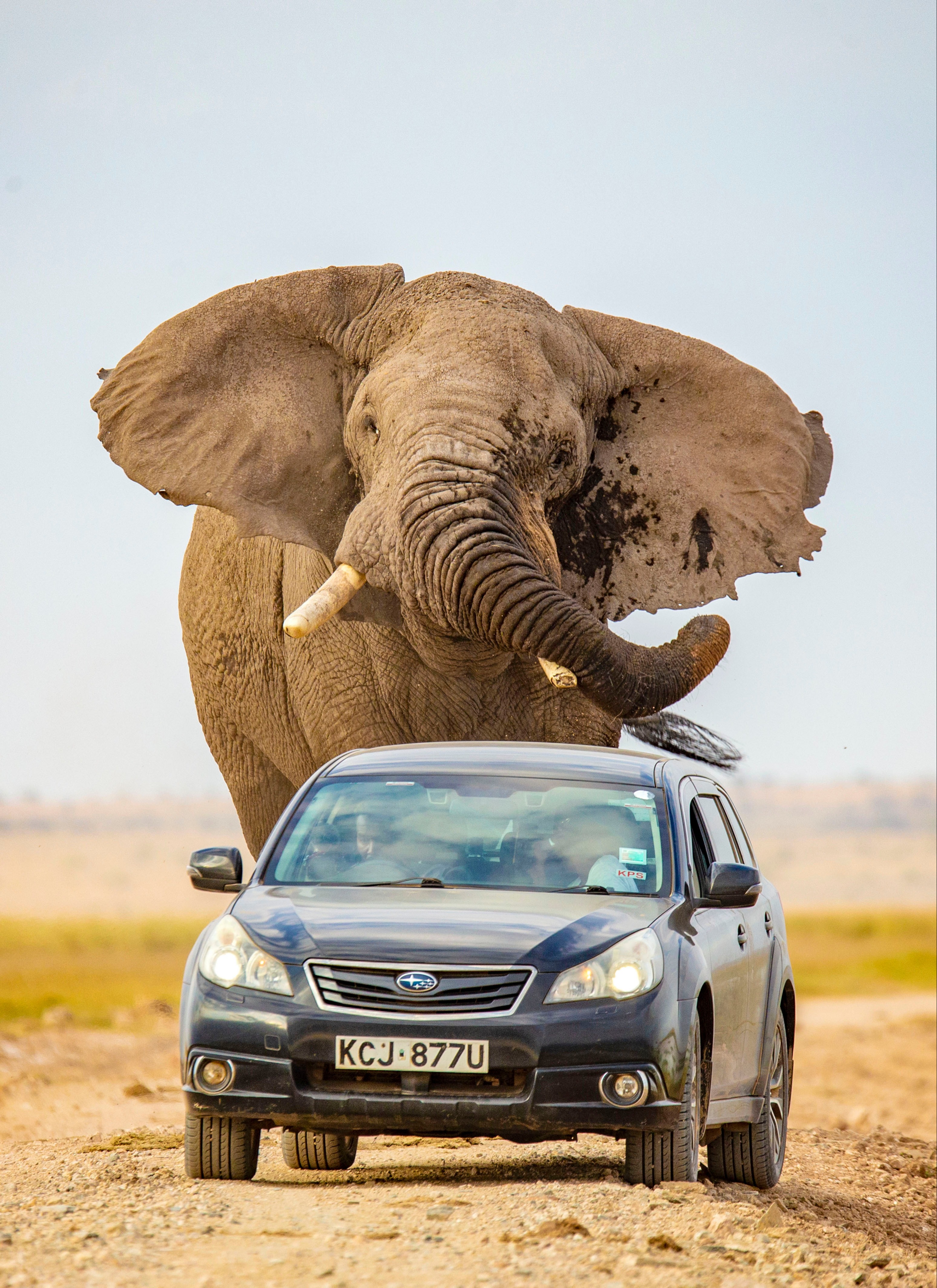 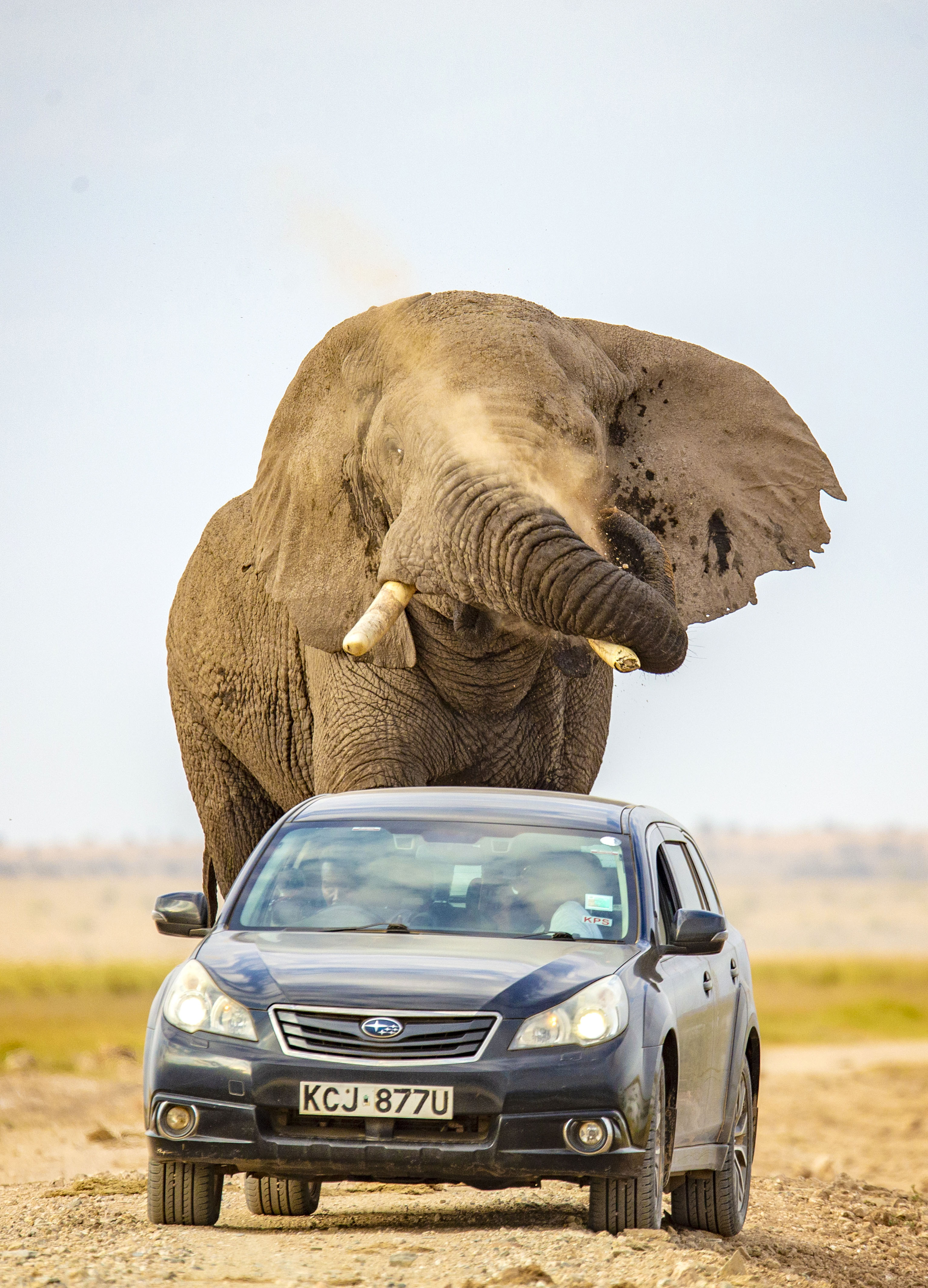