The Royal Commission into the Management of Police Informants has recommended the establishment of a special investigator to consider whether criminal charges should be brought against current and former members of Victoria Police.

The final report, which has just been released and runs to more than 1000 pages, is a stinging indictment of the conduct of Victoria Police and barrister-turned-supergrass Nicola Gobbo. 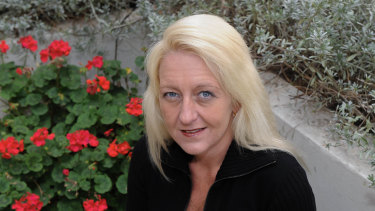 In a video-taped message, Commissioner Margaret McMurdo said the key recommendation of her report was the establishment of a special investigator with full powers to examine whether Ms Gobbo committed any criminal offences connected with her conduct as a police source.

"Ms Gobbo belatedly admitted to this commission that aspects of her conduct were wrong," Commissioner McMurdo said.

"The breach of obligations as a lawyer was inexcusable, her behaviour in concert with Victoria Police undermined the administration of justice, compromised criminal convictions and damaged the standing of Victoria Police officers uninvolved in this debacle.

"It has shaken public trust and confidence in Victoria's legal profession and criminal justice system."

Commissioner McMurdo said a number of police officers fell short of their legal, ethical and professional duties and obligations when they encouraged, or at least condoned, Ms Gobbo acting as a lawyer for an accused person knowing she was an informer.

"These failures stemmed, in large part, from concerns for Ms Gobbo's safety but they were also to avoid reputational damage to Victoria Police and the officers involved, external inquiries, judicial criticism and appeals against convictions,"

"By placing these factors ahead of their duties and obligations, they corrupted the criminal justice system."

Commissioner McMurdo called for a special investigator to also examine the conduct of police officers to determine if criminal offences had occurred.

The commission’s two-year operation has cost $39.5 million, which does not include the legal bills for many of the parties involved, including Victoria Police, Ms Gobbo and the Office of Public Prosecutions, that have also been picked up by the taxpayer.