HONG KONG (Reuters) – Hong Kong geared for more protests, including strikes, transport go-slows and even picnics, against a proposed extradition law that would allow people to be sent to China for trial, even as the city’s leader vowed on Tuesday to push ahead with the bill. 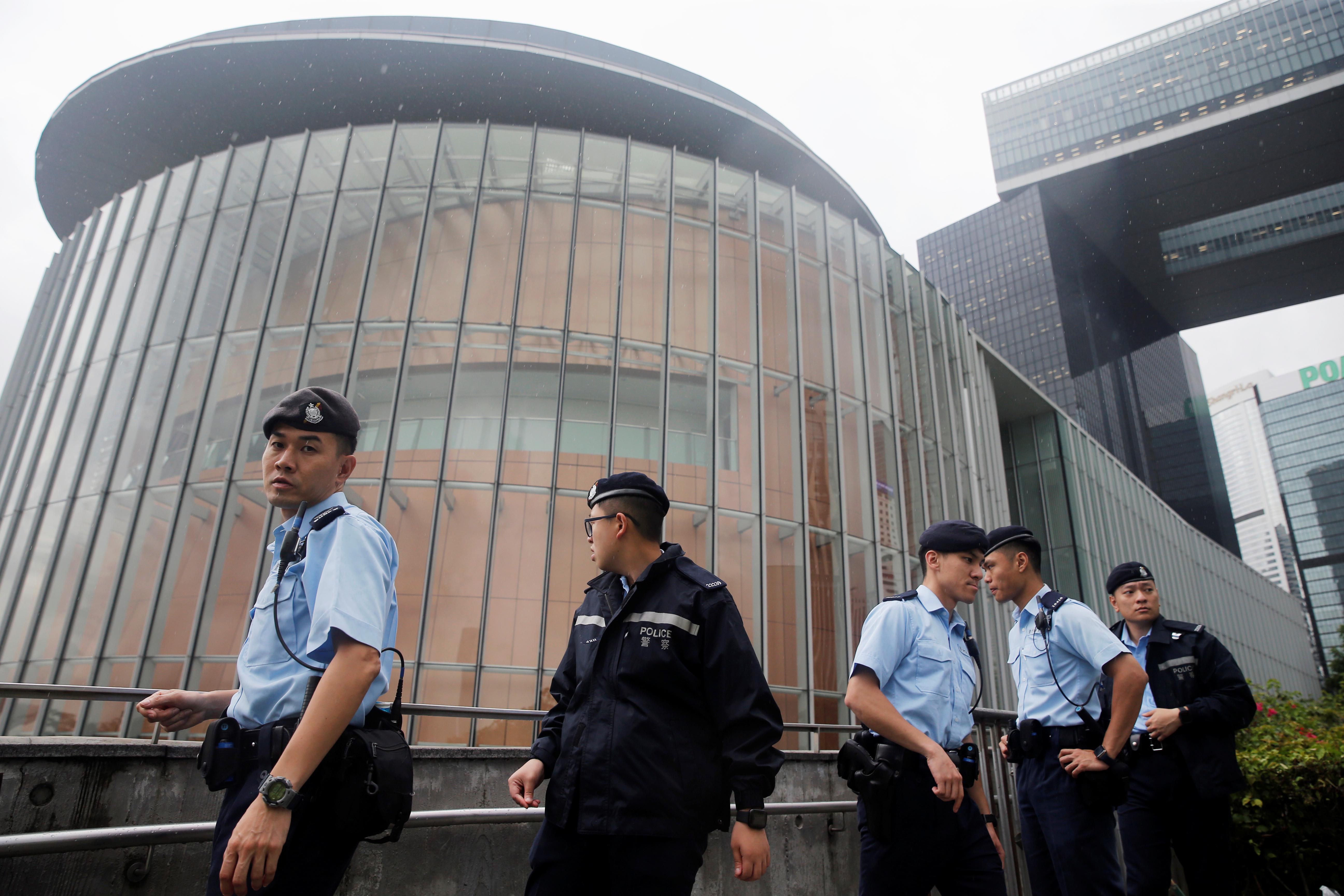 Hong Kong leader Carrie Lam’s defiant pledge in the face of more mass protests underscored deep concerns across vast swaths of the Asian financial hub two days after hundreds of thousands took to the streets to protest against the bill.

In a rare move, prominent business leaders warned that pushing through the extradition law could undermine investor confidence in Hong Kong and erode its competitive advantages.

The extradition bill, which has generated unusually broad opposition at home and abroad and plunged the city into political crisis, is due for a second round of debate on Wednesday in the city’s 70-seat Legislative Council (LegCo). The legislature is controlled by a pro-Beijing majority.

Riot police ringed the LegCo building early on Monday and fought back a group of several hundred protesters after an otherwise peaceful march through the city’s financial district on Sunday.

Lam warned against any similar action.

“I call on schools, parents, institutions, corporations, unions to consider seriously if they advocate these radical actions,” Lam told a news briefing.

Human rights groups have repeatedly cited the alleged use of torture, arbitrary detentions, forced confessions and problems accessing lawyers in China as reasons why the bill should not proceed.

An online petition has called for 50,000 people to surround LegCo at 10 p.m. (1400 GMT) on Tuesday and remain until Wednesday, when the Chinese-ruled city is expected to see mass protests and more calls for the embattled Lam to step down.

Nearly 2,000 mostly small retail shops, including restaurants, grocery, book and coffee shops, have announced plans to strike, according to an online survey, a rare move in the staunchly capitalist economy.

“We just want to protect our homeland is this wrong?…I urge all Hong Kong people and students to go on strike tomorrow to tell them we will not accept this evil law,” one student member said.

The Catholic Diocese of Hong Kong called on the government not to pass the bill “hurriedly” and urged all Christians to pray for the former British colony.

Prominent human rights lawyer Michael Vidler said he had notified all employees that his firm supported those who wanted to act according to their consciences on Wednesday.

A staff union affiliated to a pro-democracy labor group under the New World First Bus Company called on its members to drive at the speed of 20-25 kmh (12-15 mph) to show their opposition to the proposed law.

A Facebook post called on people to enjoy a picnic next to government offices on Wednesday morning, describing the area as “among the best picnic sites”. The post has attracted close to 10,000 responses from people promising to attend.

“MISSTEPS COULD BE COSTLY”

Britain handed Hong Kong back to China in 1997 under a “one-country, two-systems” formula, with guarantees that its autonomy and freedoms, including an independent justice system, would be protected.

However, many accuse China of extensive meddling, denying democratic reforms and squeezing freedoms, interfering with local elections and the disappearance of five Hong Kong-based booksellers, starting in 2015, who specialized in works critical of Chinese leaders.

“Any missteps could be extremely costly, undermining the confidence of global investors and eroding Hong Kong’s competitive advantages.”

Activist investor David Webb, in a post on Lam’s Facebook page, urged her to send the bill to the Law Reform Commission for further study. “If you press ahead and bulldoze the bill through LegCo, then you will probably get the legislation passed, but at huge political cost and damage to the international credibility of HK for due process when reforming its legislation,” Webb said.

A 1992 U.S. law recognizes Hong Kong’s special status and allows the United States to engage with it as a non-sovereign entity distinct from China in matters of trade and economics. Areas of special treatment include visas, law enforcement, including extraditions, and investment.