Home » World News » How many people die of flu every year?

AROUND 17,000 people die of the flu every year in England, data from Public Health England (PHE) shows.

Seasonal flu is a major killer and contributes to a rise in mortality rates in the colder, winter months. 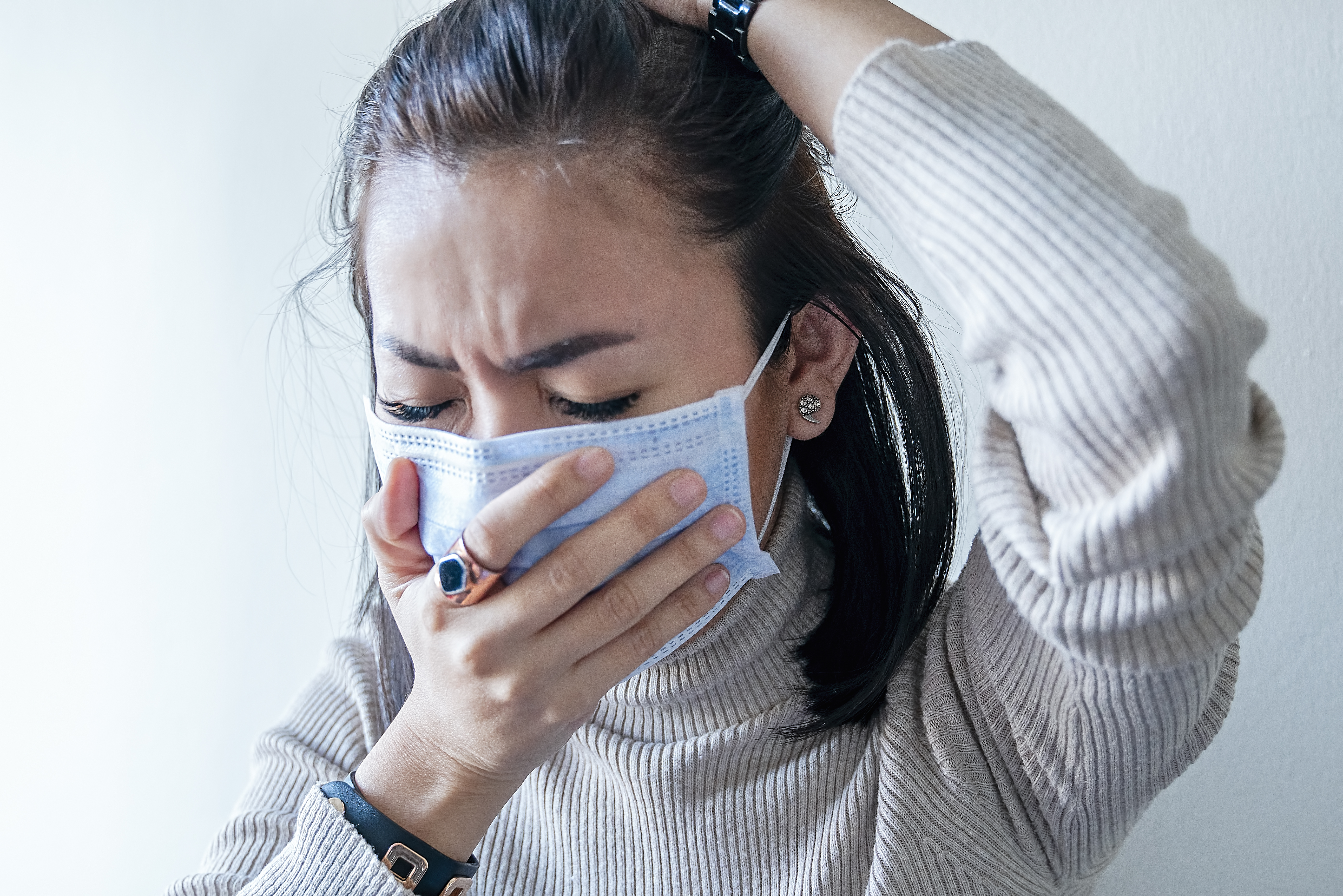 Flu-related conditions liked pneumonia are some of the biggest killers during the winter.

Pneumonia causes a build-up of fluid and swelling on the lungs and causes 30,000 deaths in the UK each year, the British Lung Foundation has previously stated.

So far in the UK over 42,000 people have died from the virus and cases are continuing to rise across the country.

Today it was reported that flu has killed ten times more people Brits than coronavirus last week for 14th week in a row.

Data from the Office for National Statistics stated that 14 per cent of deaths registered in England and Wales in the week ending September 18 were caused by flu and pneumonia.

Figures from the ONS show the number of deaths where influenza, pneumonia or Covid-19 are mentioned on the death certificate 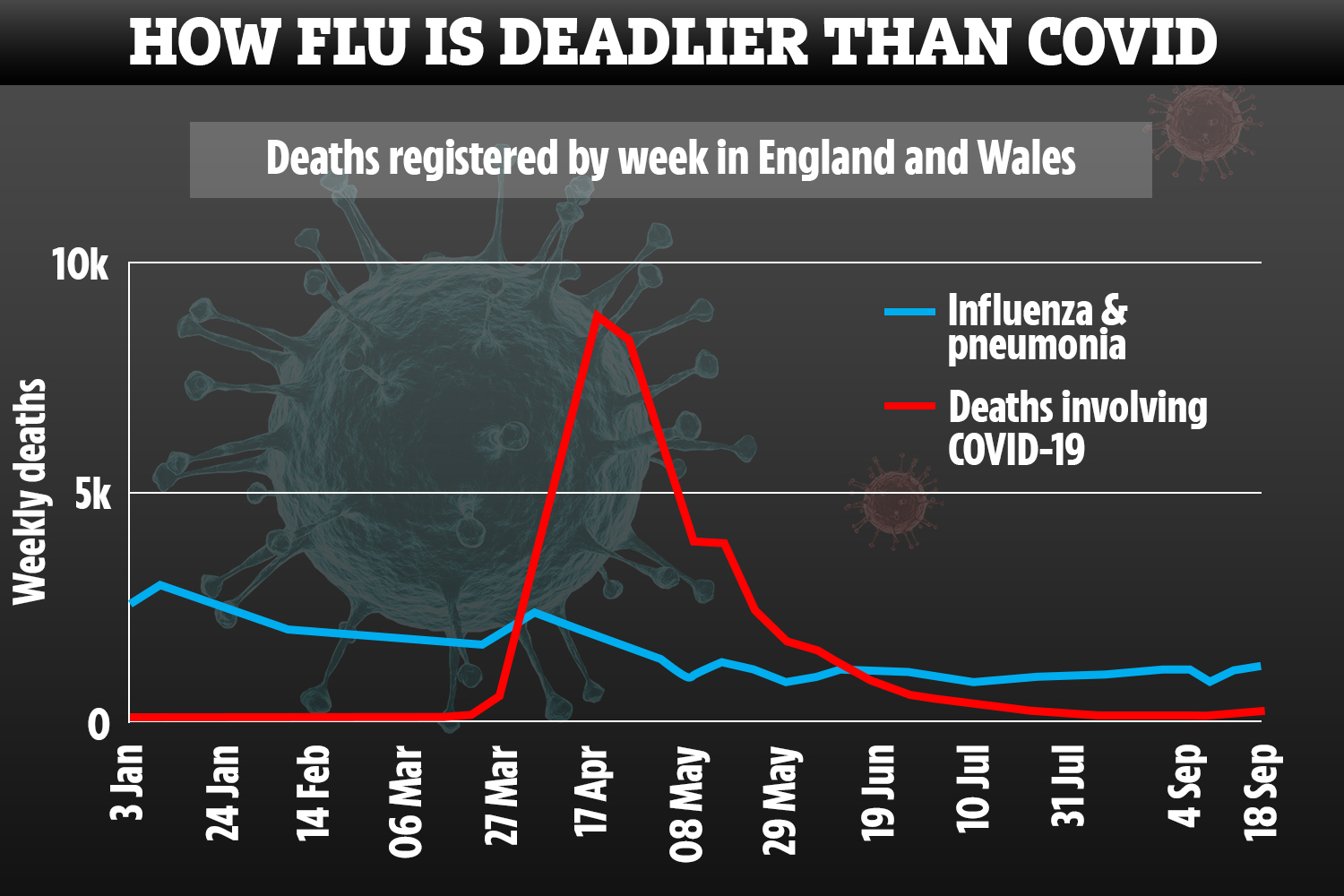 The World Health Organisation (WHO) states: "Advanced age increases the incidence of and the mortality from pneumonia.

"Comorbidity and a diminished immune response and defence against aspiration increase the risk of bacterial pneumonia."

The WHO also states that globally, between 290,000 and 650,000 people die of respiratory deaths each year which are associated with seasonal influenza. 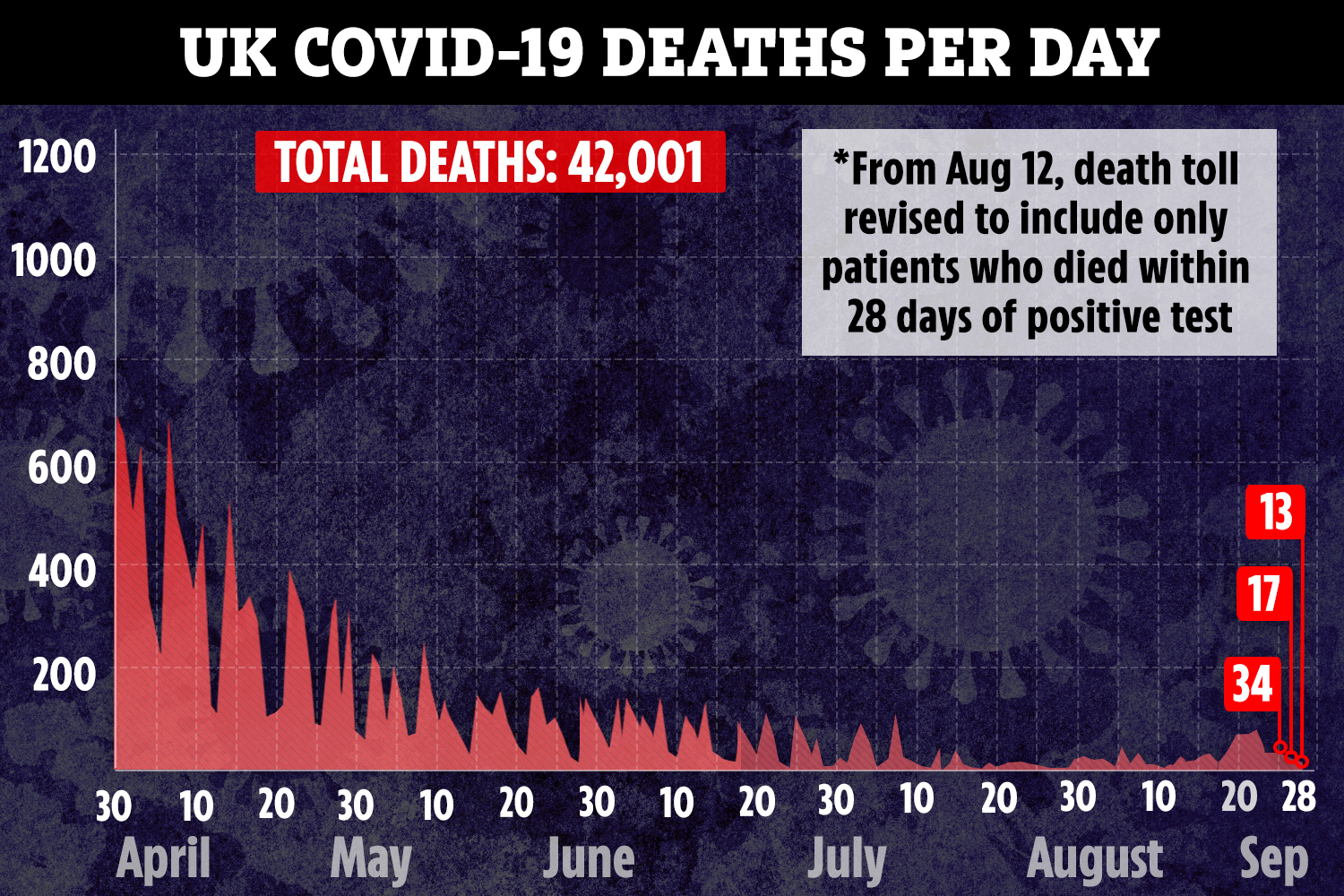 During the summer PHE published updated figures for 2018/19 which showed that a total of 3,966 flu deaths occurred during that period.

A spokesperson from PHE said the number of deaths from flu cases varies every year.

"Of these deaths, many were in people with underlying conditions."

Experts have previously warned that symptoms of the coronavirus are similar to the flu and have urged people to get tested if they experience symptoms such as a new persistent cough, a high temperature or a loss of taste and smell.

A&E doctor and former Love Island contestant Dr Alex George previously told The Sun that people of all ages should be wary of the flu.

He said: "Over the winter months it’s much more prevalent as we are closer together. 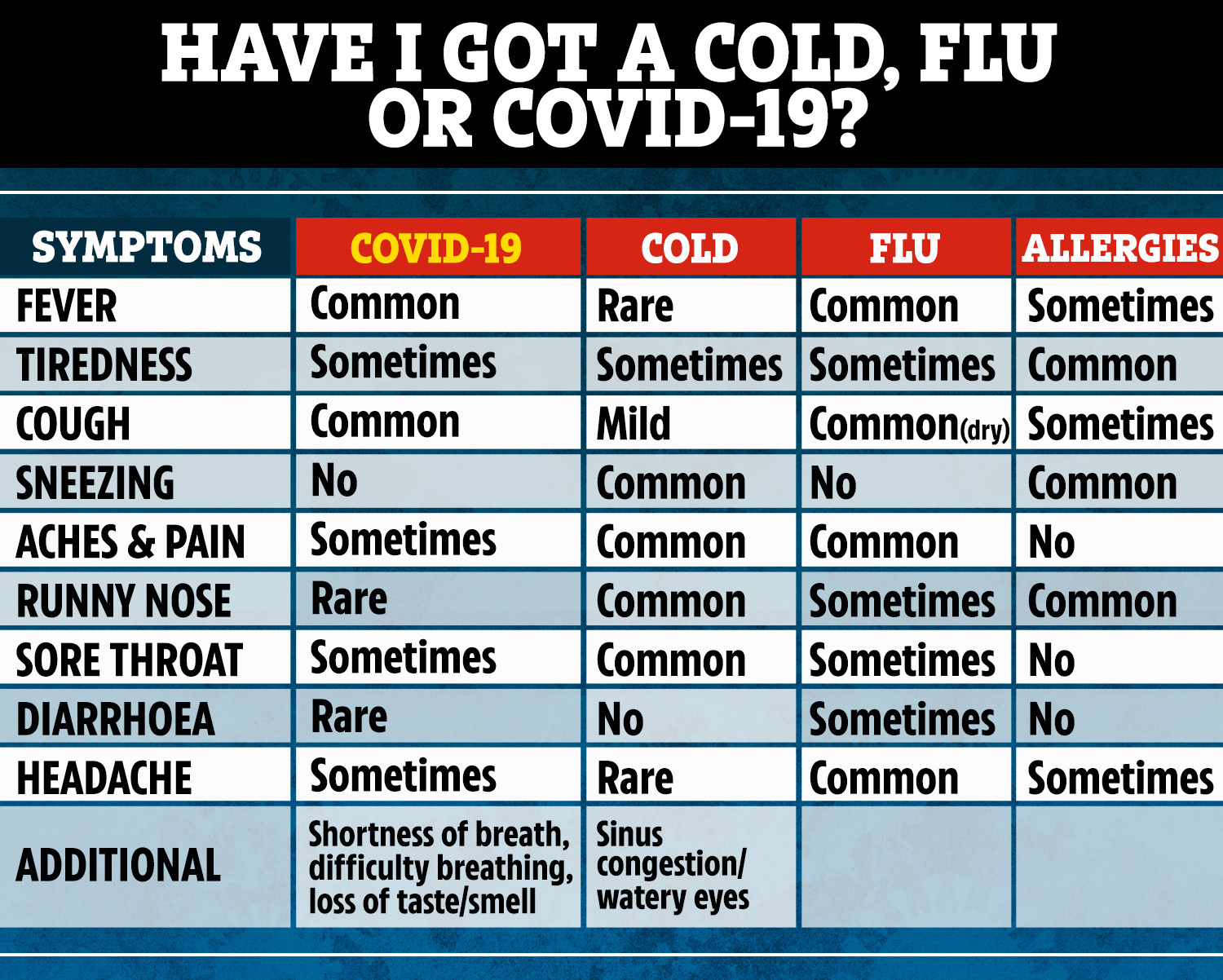 “Around 17,000 people a year die from the flu and while it’s more common in the elderly and vulnerable, it can happen at any age.”

The most recent report for winter 2019/2020 states that low levels of influenza activity were observed in the community.

The report, which was published in June this year stated: "Activity started
to increase from week 47, 2019, with the length and peak of activity in general practice varying across the UK, reaching low levels in England, and medium levels in Scotland, Northern Ireland and Wales."

The report also found that uptake of the flu vaccine was higher last year in England, with 72.4 per cent of those over the age of 65 having the jab, this was up from 72.0 per cent the year before.

However uptake was lower in children under the age of six months and pregnant women.

What is the flu?

The NHS states the signs of flu include:

In order to ease the pressure on the NHS, the government previously stated it will provide 30 million flu jabs in order to prevent a second wave of the coronavirus.

Dr Alex added that parents need to be aware that their kids can get the flu too.

“It’s important that we encourage people to go and get the vaccine, it really can help.

“People think the cold and flu can overlap but the cold is caused by a group of viruses that affect the nose”.

He added that the flu is caused by influenza viruses that can hit both young kids and adults.

Dr Alex said: “In A&E young people are coming in very sick with the flu, it’s not just for the elderly, one in ten people don’t realise that you can actually die from the flu, so it’s something that needs to be taken seriously”.