Victorian prisoners with known intellectual disabilities are facing internal disciplinary hearings, and receiving punishments, without specialist support services to ensure they understand what is happening and what they have done wrong.

The coronavirus pandemic has shut down almost all of prisoners’ face-to-face access to the outside world and advocates, largely left in the dark about what is happening within prison walls, have noted a sharp decline in call-outs from Corrections Victoria staff. 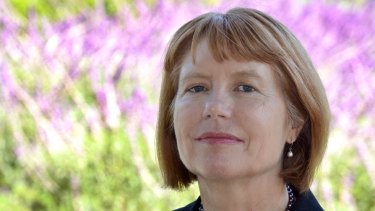 The Office of the Public Advocate said it had received only 50 calls from Victorian prisons this year for volunteer Corrections Independent Support Officers to accompany intellectually disabled prisoners – either in person or via video-link – during disciplinary hearings.

This is despite prisons convening 433 such hearings from January 1 to October 13 for people with diagnosed intellectual disabilities, according to Justice Department figures.

For context, support officers attended 299 hearings for 164 intellectually disabled clients, almost 30 per cent of them Aboriginal, in the 2018-19 financial year. In the two previous years, they attended 297 and 371 hearings, respectively.

The low 2020 figures are at odds with the Justice Department's assertion that in-person support has been replaced by video during COVID-19 restrictions.

"It’s disappointing that there has been such a large percentage of hearings with prisoners with disabilities [going ahead] without some sort of independent oversight," Public Advocate Dr Colleen Pearce said.

"Many prisoners with an intellectual disability may be unlikely to understand what happened to trigger the need for discipline in the first place, may not remember, may not understand the process, may be encouraged to plead guilty or plead guilty to please authorities."

A Justice spokesman said it was policy that prisoners with intellectual disabilities "must be offered" the services of a support officer at disciplinary hearings, "although the final decision to use a [support officer] is the prisoner’s to make".

Prisoners can face disciplinary hearings for reasons including violence, failing to comply with directions, or possessing prohibited substances. Punishment can include fines, solitary confinement or loss of privileges such as phone calls to family and friends.

Stan Winford, associate director of RMIT's Centre for Innovative Justice, said intellectually disabled prisoners were also particularly vulnerable to manipulation by other inmates and this could land them in more trouble with authorities.

"It's a matter of basic fairness that people with disabilities, just like anyone else, can participate in a hearing [and] be able to understand their rights," he said.

Mr Winford also noted that prisoners needed to be diagnosed with an intellectual disability to be given access to a support officer in the first place.

"Many people would not be identified as having a need for a [support officer]," he said. "If they're not diagnosed … they're more likely to be having disciplinary issues. To top it off, they're having hearings without adequate support."

A 2018 Australian Institute of Health and Welfare report cited studies estimating 25 to 30 per cent of the global prison population had a borderline intellectual disability.

Transposed against Victoria's prison population, which was 8044 in the 2018-19 financial year, this could be more than 2000 people. Many of them would have never been adequately assessed, Mr Winford said.

On top of better diagnosis mechanisms, the Office of the Public Advocate and Mr Winford have called for the support officer program to be expanded so it included prisoners with any cognitive impairment, including autism and mental health issues, and not just intellectual disabilities.

Get our Morning & Evening Edition newsletters