JOE Biden has fired a Brexit warning shot at Boris Johnson by declaring he does not want to see a so-called hard Irish border.

The US President-elect spoke out as he revealed he had already discussed the tricky issue with the British PM and other European leaders. 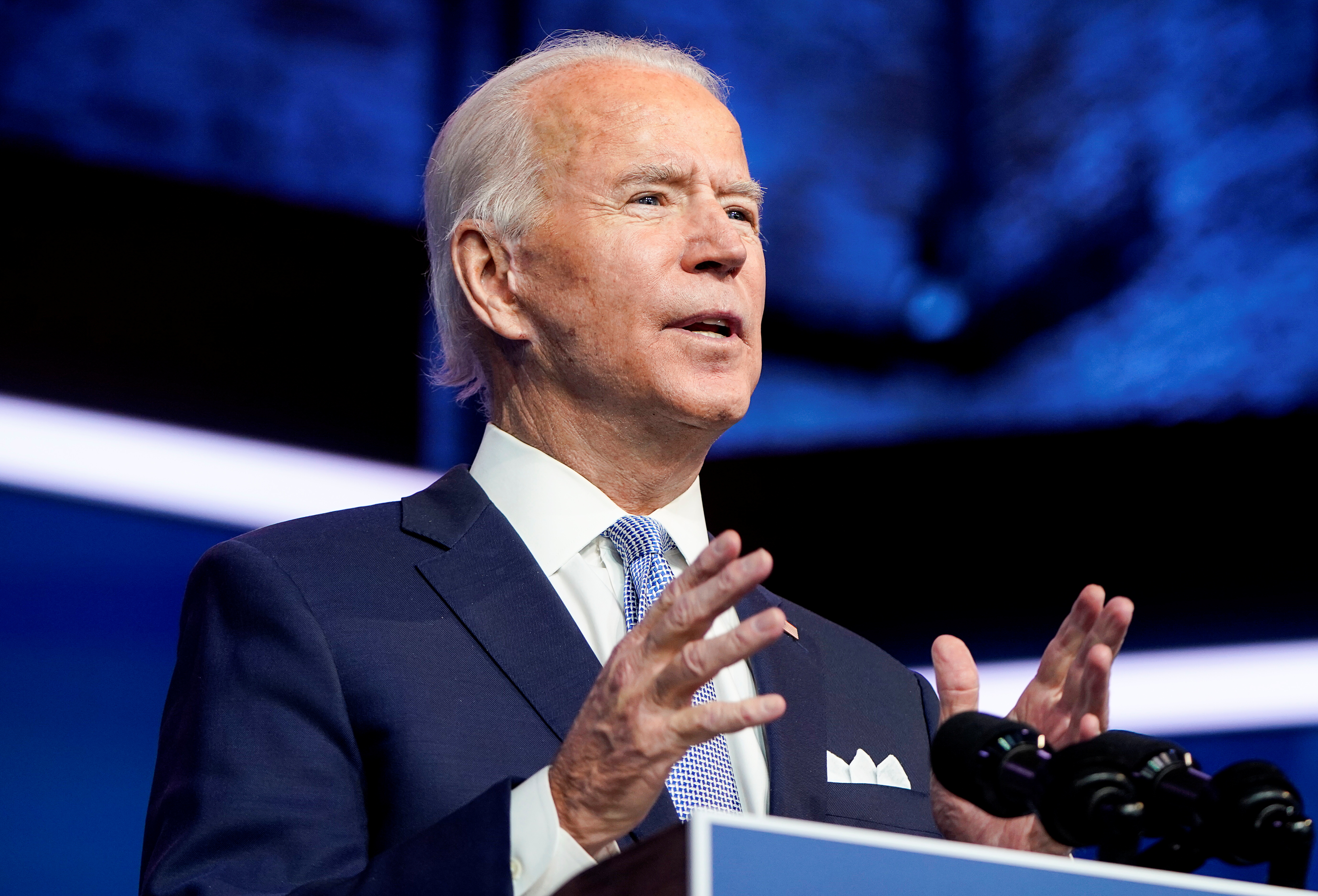 "We do not want a guarded border," he told reporters last night. "We want to make sure we work hard to get Ireland worked out.

"The idea of having the border north and south once again being closed, it's just not right. We've just got to keep the border open."

He discussed Brexit with the British PM earlier this month during one of his first phone calls to other world leaders as president-elect.

Back then he warned his British counterpart that Brexit must not jeopardize the Northern Ireland peace process. 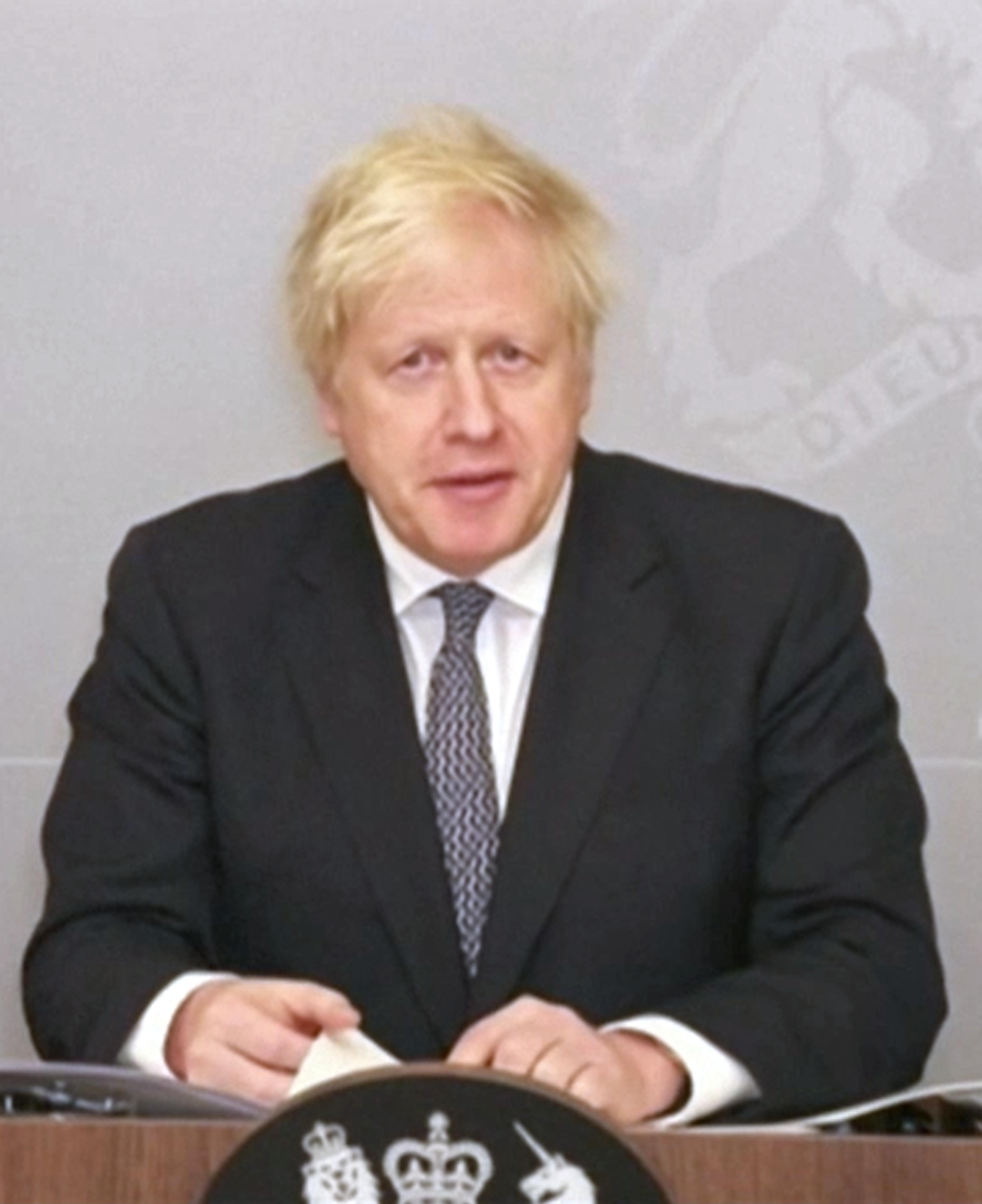 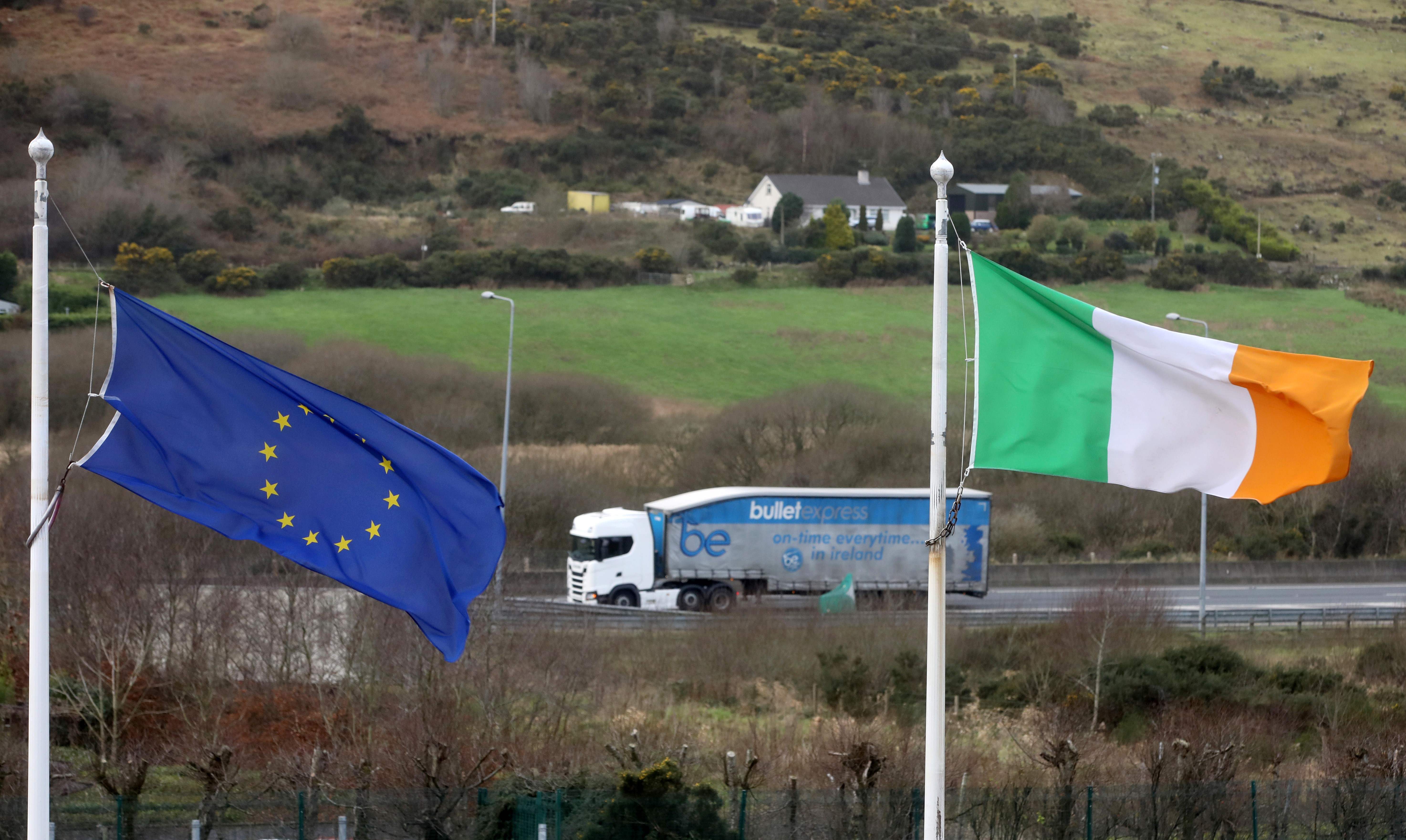 Biden also touched upon the 1998 Good Friday agreement during his presidential campaign.

He tweeted in September: "We can't allow the Good Friday Agreement that brought peace to Northern Ireland to become a casualty of Brexit.

"Any trade deal between the US and UK must be contingent upon respect for the Agreement and preventing the return of a hard border. Period."

The British government is seeking a trade deal with the EU but says it is willing to leave without one.

That could complicate the situation at the fragile Northern Irish border with Ireland – which is the UK's only land border with the EU. 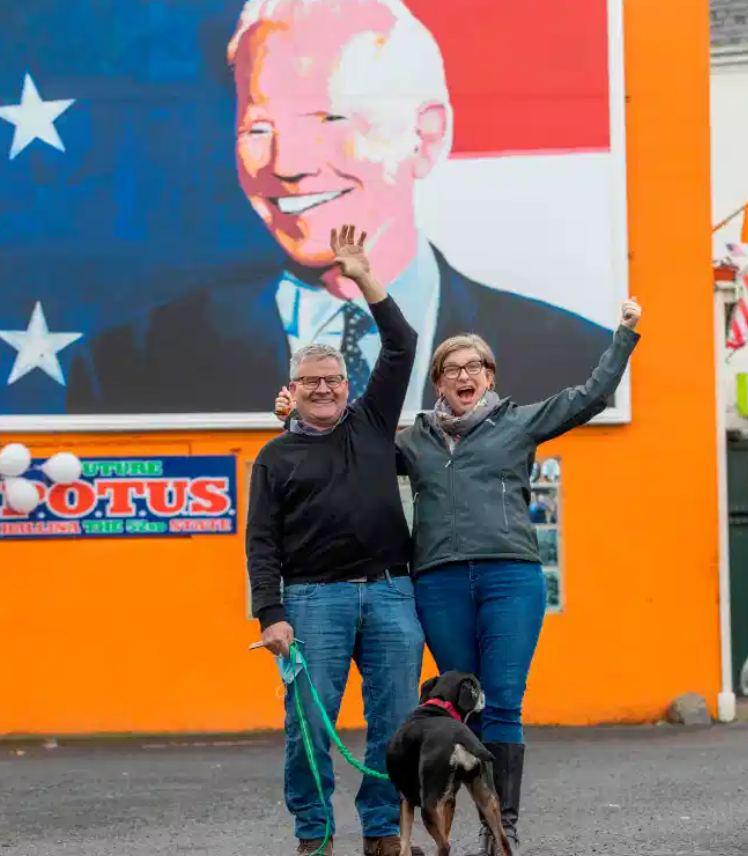 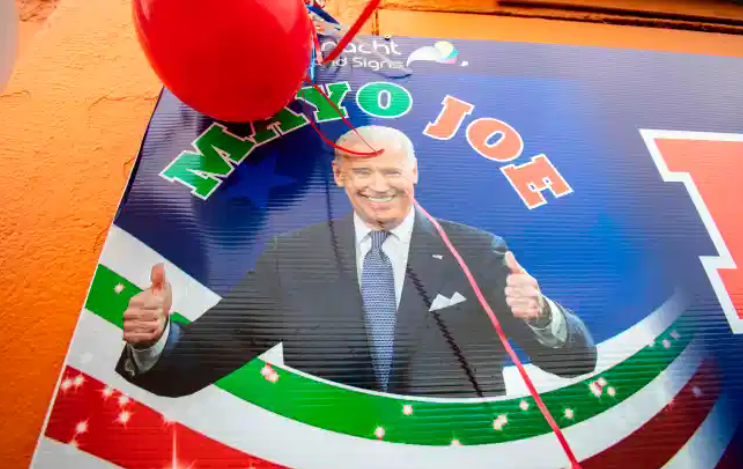 Biden is known to have a close personal connection to Ireland, with his roots traced back to Ballina in County Mayo.

And earlier this year, he jokingly told the BBC "I'm Irish" when asked for an interview.

He left Ireland in 1850 and settled in the US, only returning to his homeland a year later to bring his parents and siblings to the States.

Just last week it was reported he is poised to make Ireland his first foreign state visit, which is being seen by some as a in a snub to Britain.

What is the issue with the Irish border? 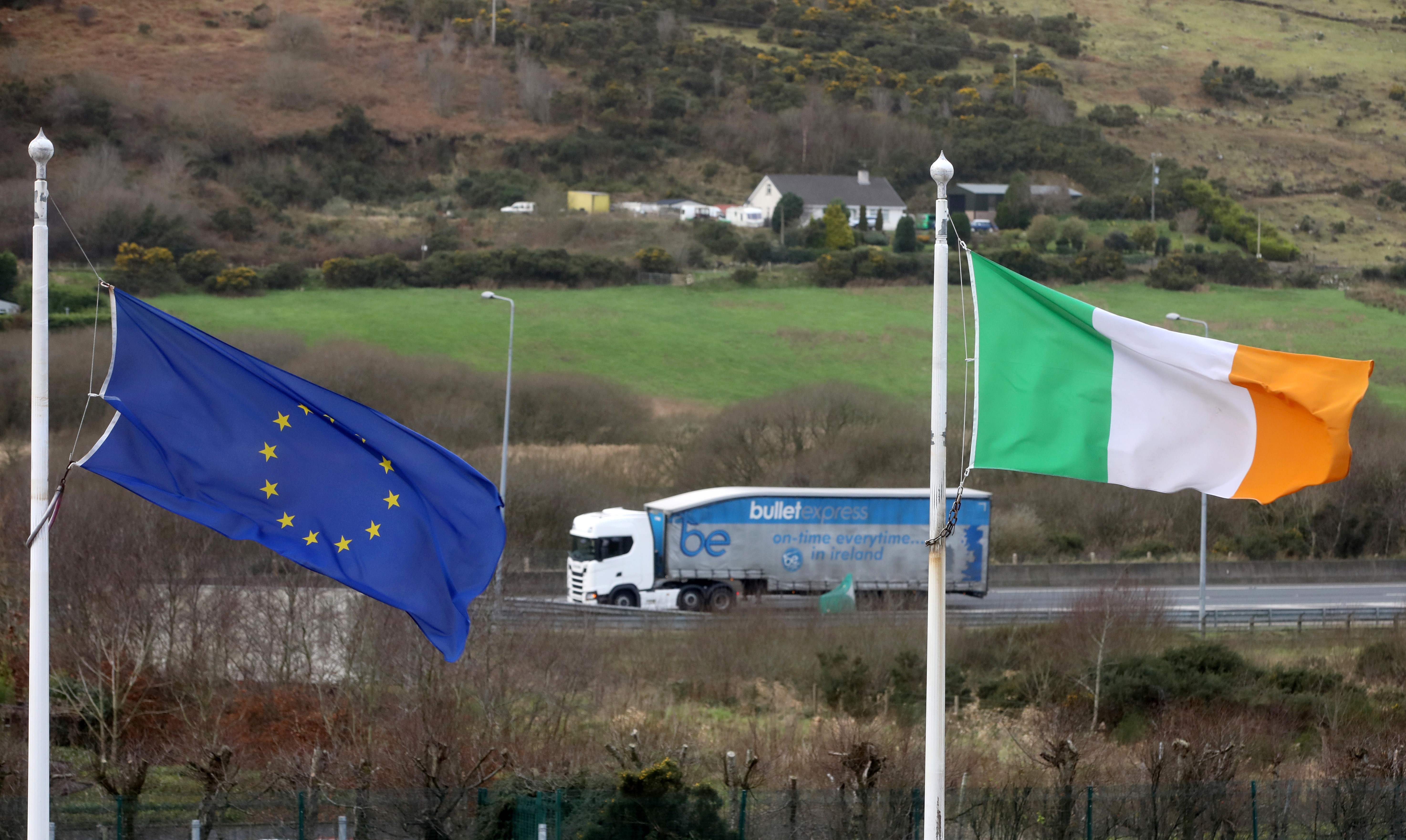 Britain, Ireland and the EU all say they want to avoid physical checks on the border.

It was marked by military checkpoints before a 1998 peace deal ended three decades of violence costing around 3,600 lives.

Currently the border between Northern Ireland and the Republic is open with no checks on goods or people.

Ireland and the UK are in a "common travel area" of passport-free movement.

And as they are both in the EU single market, there is no restriction on goods and no tariffs.

Fears have been raised a so-called hard border could spark a return to violence, would harm businesses on either side of the border, and would make travelling difficult.

If the UK leaves the customs union and the single market that could mean goods would have to be checked as they crossed the frontier.

And in the event of a no deal, it would be difficult to remain in the single market and keep the border open.

The move would be a blow to the "special relationship" between the US and UK which has blossomed during Donald Trump's time in the White House.

Business Insider reported Biden’s Irish links mean it’s likely he will make the country his first stop, according to a source inside his campaign team.

According to the Irish Times, government sources in Dublin see a Biden White House as a “double-lock” on the Brexit issue.

There is a belief within Ireland that the Biden White House would be less instinctively friendly on Johnson’s government than Trump’s administration.

Ireland's prime minister said on Monday that he hoped the outline of a Brexit free-trade deal would emerge within days – despite what the EU negotiator called "fundamental divergences" at talks.

Negotiations between the UK and European Union on a post-Brexit trade deal resumed on Monday following technical discussions over the weekend.

Problematic issues including fishing rights, the "level playing field" aimed at preventing unfair competition in areas such as workers' rights and state subsidies and the governance of any deal are yet to be resolved.