Kanye West has celebrated invalid election results from Kentucky which appeared to show him ahead of both incumbent President Donald Trump and Democratic candidate Joe Biden.

In a video posted on Twitter, the rapper, who is running for president as a third-party candidate, chanted ‘Get the West Wing Ready’ while showing another man the false results.

The tweet has been flagged as ‘Manipulated Media’ by Twitter, which has added a link to an explanation of the figures provided by a local news site. 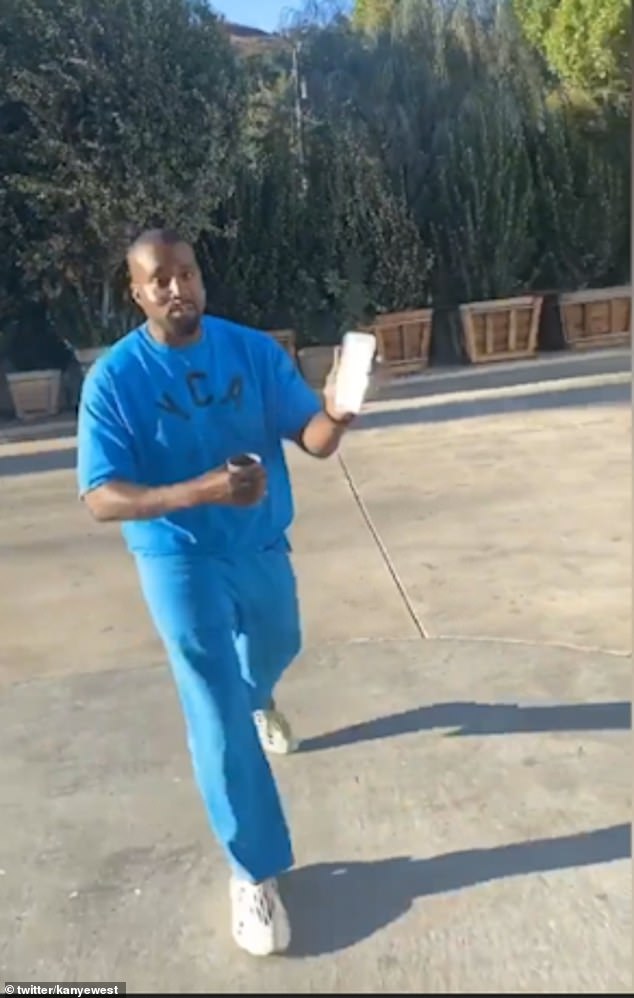 Kanye West posted a video of him celebrating what he believed were results from early voters in Kentucky that appeared to show the rapper polling third in the state ahead of both Donald Trump and Joe Biden. The results were actually part of a test and do not include any data from Kentucky voters as the state does not count early votes until election day on November 3

Lex 18 news said a cached link on their website showed test election results, which is what West had seen and shared.

The site said the link had been used to post data from the Associated Press news agency during June’s primaries and that the data had updated to show current AP figures used as part of a test run in preparation for the elections.

‘The results shown were not valid. They were simply part of a test.

‘We regret the discovery of the cached web link and have removed the data from that page. We apologize for any confusion,’ Lex 18 said in a tweet on Wednesday. 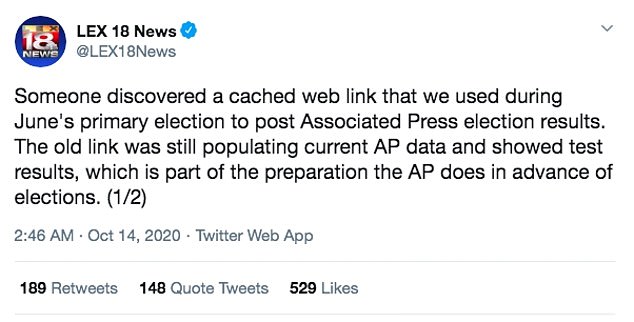 Local news site Lex 18 news tweeted an explanation of the results, which had appeared on their website as part of a test run by the Associated Press news agency 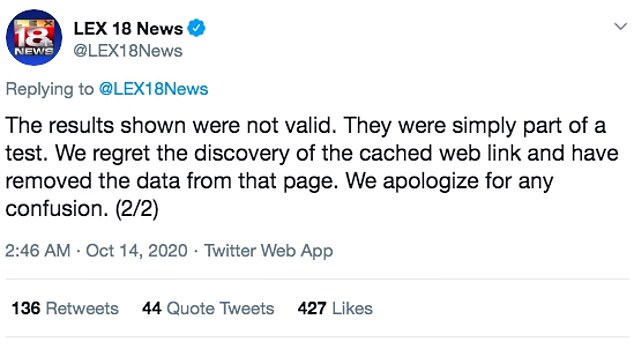 The unusual figures should have raised suspicion not only because they wildly contradict expected voting patterns but also because Kentucky does not count early votes until election day on November 3.

After sharing the false results, West tweeted: ‘PEOLE TRIED TO TALK ME OUT OF RUNNING FOR PRESIDENT…NEVET LET WEAK CONTROLLING PEOPLE KILL YOUR SPIRIT’ [sic].

West is only named on the ballot in 11 states, meaning he has virtually no chance of winning, but he has been encouraging supporters to write in his name on their ballots.

Write-in candidates are not featured on the ballot but can be physically written onto the paper by voters. 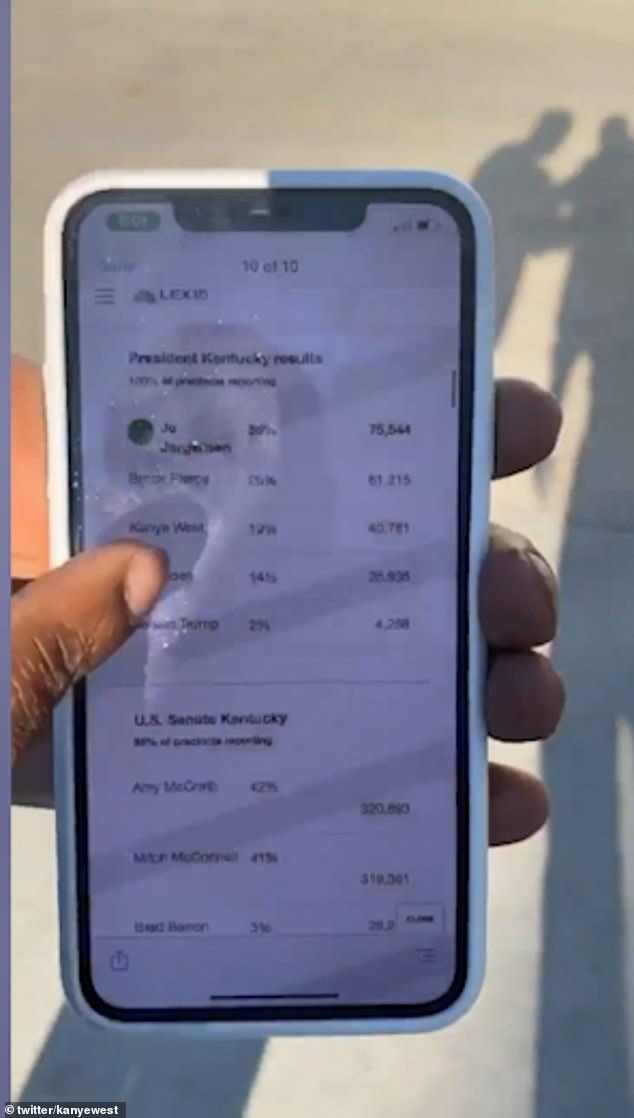 West announced his surprise bid for the presidency in July but his campaign has not been taken seriously by many voters, some of whom have raised concerns about the rapper’s mental health after he has previously discussed his struggle with bipolar disorder.

His celebration of the false results came a day after West released his first campaign video in which he describes ‘reviving America through faith’ and the importance of prayer and family but makes no mention of his wife Kim or any of the Kardashians.

At the same time, he released a line of #Ye2020 merchandise that includes $60 baseball hats and $160 hoodies.

Along with the merchandise he released on Monday, West also laid out the 10 cornerstones of his campaign, like the Ten Commandments, and matched a bible verse to each one.