Man, 47, is jailed for four years for rape for puncturing condom with a pin before having sex with woman

A man who raped a woman by puncturing a condom before they had sex has been jailed.

The train driver received a four-year sentence at Worcester Crown Court on October 2 after admitting rape at an earlier hearing.

Glyn Samuel, prosecuting, said the woman had found the pin and other pierced condoms in a bedside draw.

She checked the used condom in the bin and saw the hole. She described the act as ‘pure evil’ to police later that year. 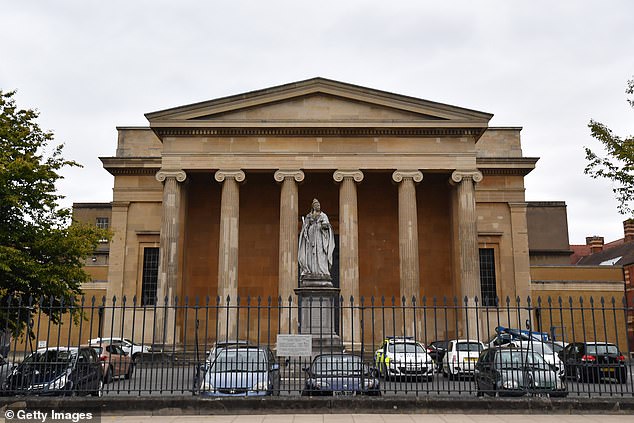 Andrew Lewis, 47, used a pin to make a hole in the contraceptive to trick the victim on March 10, 2018, Worcester Crown Court heard

Mr Samuel said: ‘He told police he had hoped the condom would split and it would improve the intimacy.

‘He said it was the stupidest thing he has ever done. In piercing the condom beforehand there was a degree of planning involved.’

Mr Samuel added there was little case law to help Judge Nicholas Cole with the sentence.

Lynette McClement, defending, said Lewis, from Worcester, wanted to enhance intimacy, not get the woman pregnant.

Ms McClement said: ‘She had every right to choose her form of contraception. He had hoped it would tear, and as a result she would change her mind. It is an unusual case.’

Sentencing him, Judge Cole said the woman had made it plain she did not want a baby.

She had given consent as long as Lewis wore the condom, so it had been a devious act.

The judge said: ‘It was a breach of trust. The offence of rape is so serious a custodial sentence is appropriate.’