Thousands of Americans and Mexicans united in a torrent of tears in an El Paso baseball stadium for a vigil honoring the 31 victims who perished in back-to-back mass shootings in El Paso and Dayton, Ohio.

Just 11 days after a 21-year-old man allegedly opened fire with a high-powered rifle at a Walmart store in El Paso, killing 22 people, including eight Mexican nationals, mourners from both sides of the US-Mexico border convened for the shared outpouring of grief and outrage.

“The event that brings us together represents the lowest, saddest expression of our times,” Mexican Foreign Affairs Undersecretary for North America Jesus Seade told the crowd that packed the 8,000-seat Southwest University Park baseball stadium Wednesday night in El Paso. 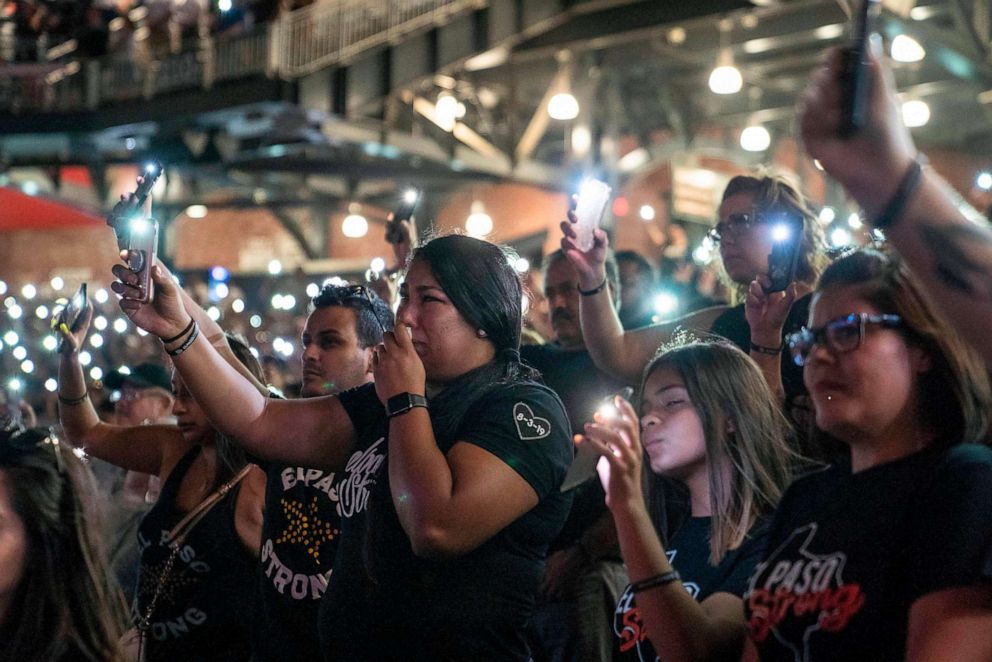 On the baseball stadium’s infield were votive candles in white paper bags forming 22 stars for those who were killed in the Aug. 3 mass shooting in El Paso and nine circles representing those slain the following day in a shooting rampage that occurred in a bustling entertainment district in Dayton, Ohio.

The somber event offered a pause from tensions between the two countries over calls by President Donald Trump, who visited El Paso last week, to strengthen the country’s southern border.

Texas Gov. Greg Abbott, a Republican, received loud applause in the predominantly Democratic border town as he addressed the crowd, saying his administration is taking action to “dismantle the purveyors of hate.”

“As we gather tonight, we still cannot comprehend the evil that struck El Paso 11 days ago, the magnitude of the hate and racism, the sheer evil behind the act that took so many people,” Abbott said. “We may never fully understand the evil in this world or the hatred behind it, but here is what we do know: We know this evil will not overcome us. We will not allow our hearts to be hardened, and we will not allow hatred to stoke more hatred. Instead, we will conquer evil with goodness, and compassion and love for one another.” 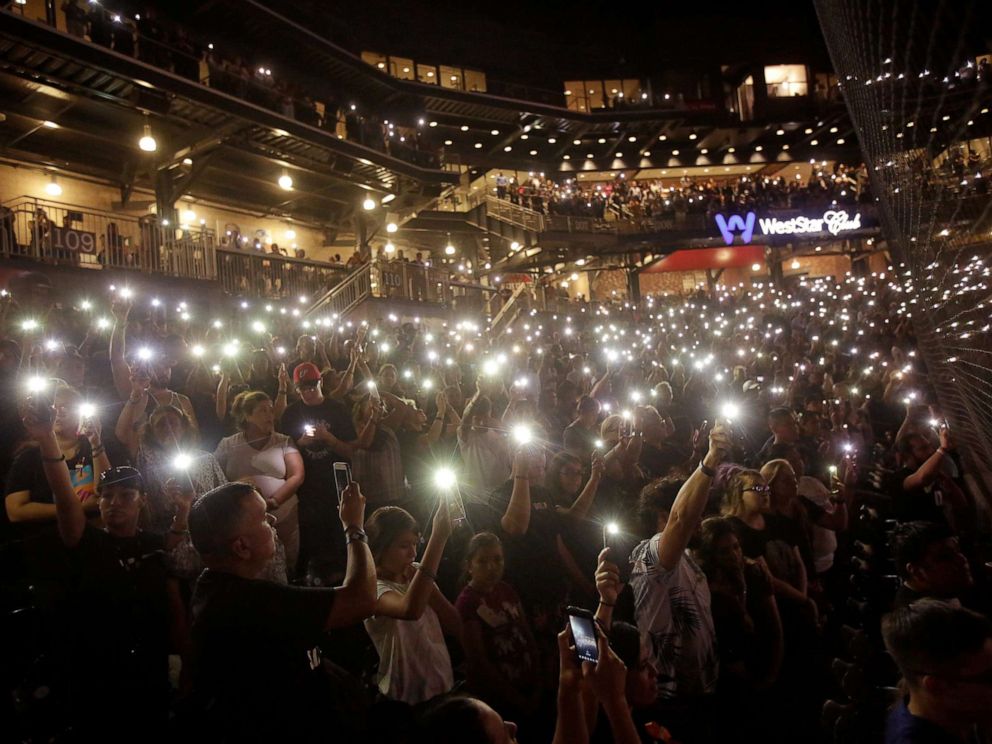 Earlier Wednesday, Abbott announced he is creating a new domestic terrorism unit to “root out the extremist ideologies that fuel hatred and violence in our state.” He also said the state will pour more resources into investigating white nationalists groups.

The alleged El Paso mass shooter, Patrick Crusius, from a Dallas suburb more than 650 miles from El Paso, told investigators he was bent on killing as many Mexicans as he could when he stormed Walmart, where many parents and children had gathered for back-to-school shopping, police officials said.

The majority of those killed had Hispanic surnames or were from Mexico, including five from El Paso’s sister city, Ciudad Juarez.

The killing rampage is being investigated as an act of domestic terrorism by federal agents and could result in the death penalty if Crusius, who is facing state capital murder charges, is convicted. Investigators said that prior to the attack Crusius posted an anti-immigrant diatribe online.

In a speech Wednesday in Oaxaca, Mexico, Mexican President Andres Manuel Lopez Obrador said he wants the United States to extradite Crusius to face justice south of the border. 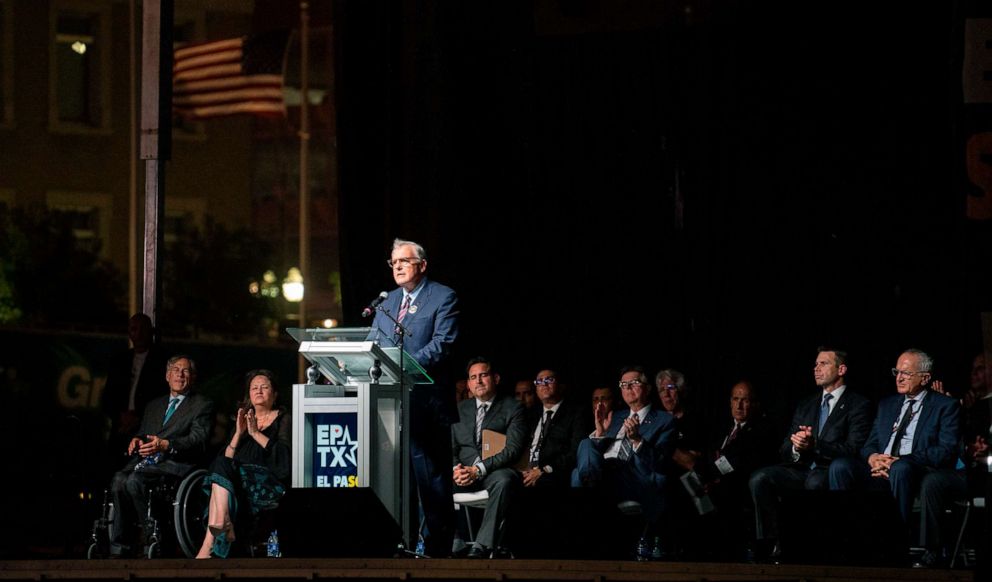 He implored the crowd to forever remember the victims, saying, “It is up to us not to let the world forget who they were.”

Among those joining Margo and other leaders on stage where the law enforcement officers who arrested Crucius, detectives who are investigating the shooting and first responders who treated those wounded in the tragedy. Mourners showed them their appreciation by cheering and applauding.

In a moving tribute to those slain, a sea of cellphones held up by mourners lit up the stadium as the names of the 22 El Paso victims were read aloud.

“They were grandparents, fundraising for their grandchildren’s soccer league; mothers and fathers who cared for their children so much that they used their bodies as shields to protect them; families shopping on a normal Saturday morning; and a son who was getting ready to attend 10th grade at Horizon High School,” Margo said. “They represent generations of El Pasoans and Mexicans that have lived in unison and harmony throughout our 350-year history.”