Partial results of an independence referendum in New Caledonia show the “no” vote is on course to win.

The southwest Pacific archipelago is voting on whether it wants independence from France following a three-decade decolonisation effort.

More than 180,000 voters have been asked: “Do you want New Caledonia to gain full sovereignty and become independent?” 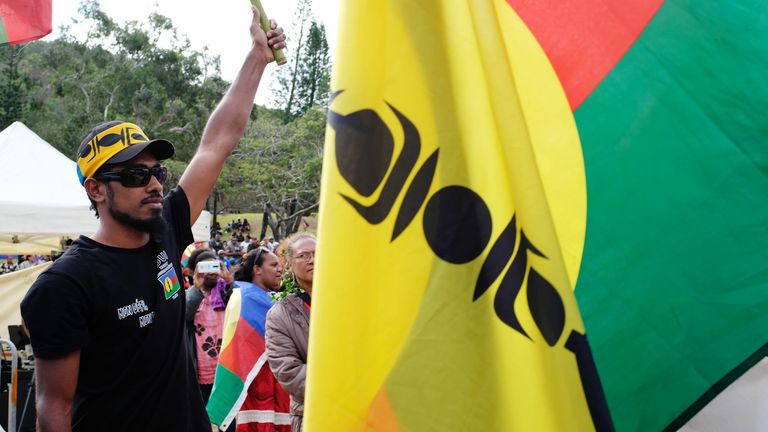 On Sunday morning, results released by France’s ministry for overseas territories showed the “no” vote had 52% support with 226 out of 304 polling stations counted.

“At this stage in the count, the ‘no’ vote looks on track to win it,” a spokesperson for the ministry said.

The independence referendum is part of a process aimed at settling tensions between native Kanaks who want independence and those who want to keep ties with France.

The vote is the final step of a process that started 30 years ago following years of violence between the two groups.

The Kanaks had once suffered from strict segregation policies and the vote comes at a time when the legacy of colonialism is under scrutiny across the world. If New Caledonia votes for independence, a transition period will immediately begin. Otherwise, it will remain a French territory.

A similar referendum took place two years ago, when 56.4% of voters chose to keep the status quo.

Independence supporters want all sovereign powers – including justice, police, military, currency and foreign relations – to be transferred from France to New Caledonia.

New Caledonia became French in 1853 under Emperor Napoleon III and for decades was used as a prison colony.

After the Second World War, it became an overseas territory and all Kanaks were granted French citizenship in 1957.