NHS WORKERS who fought on the frontline against coronavirus have taken to the streets of Britain today to demand better pay.

Nurses and other medical staff are asking for a 15% rise in wages to reflect their contributions during the pandemic. 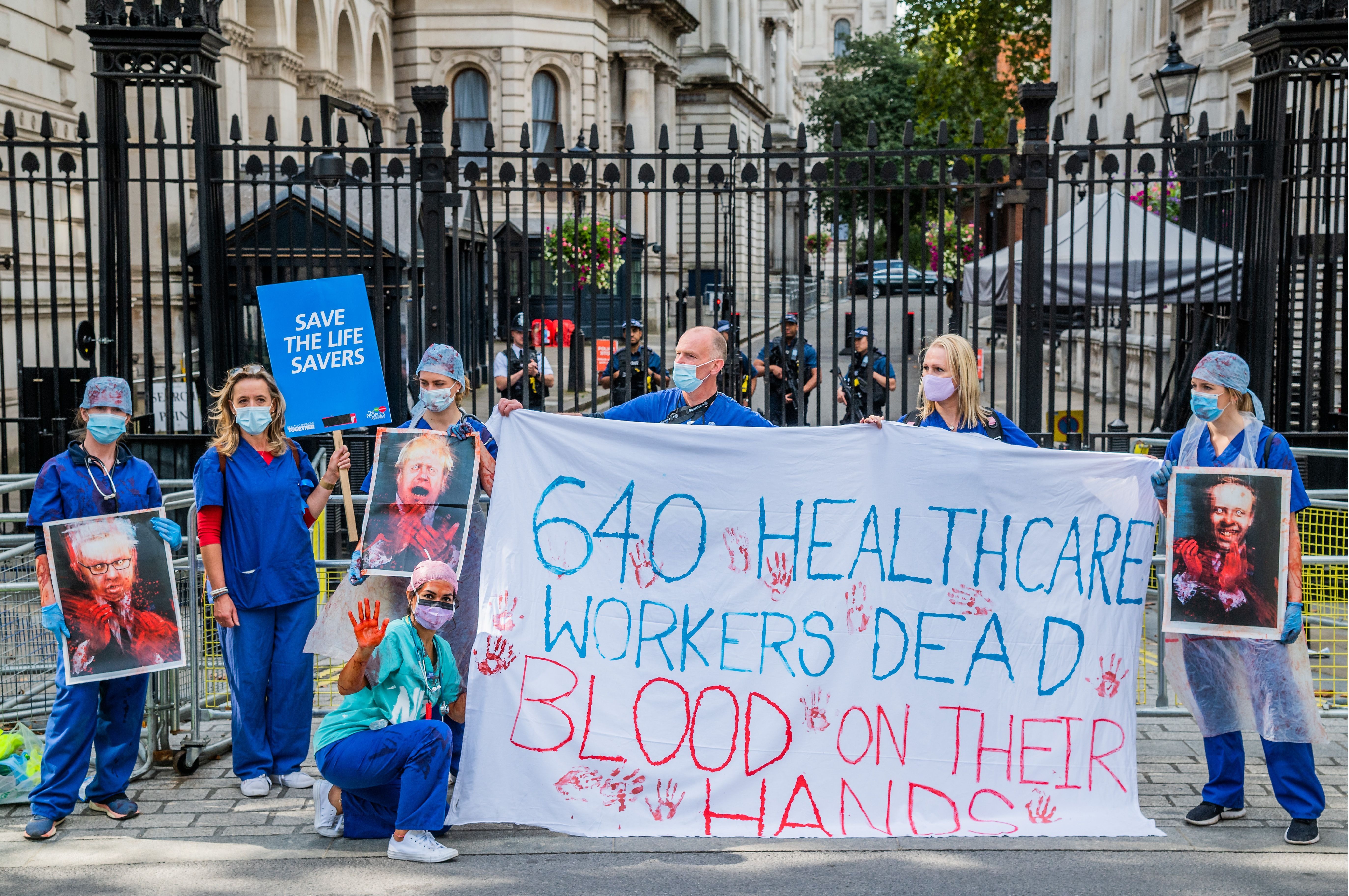 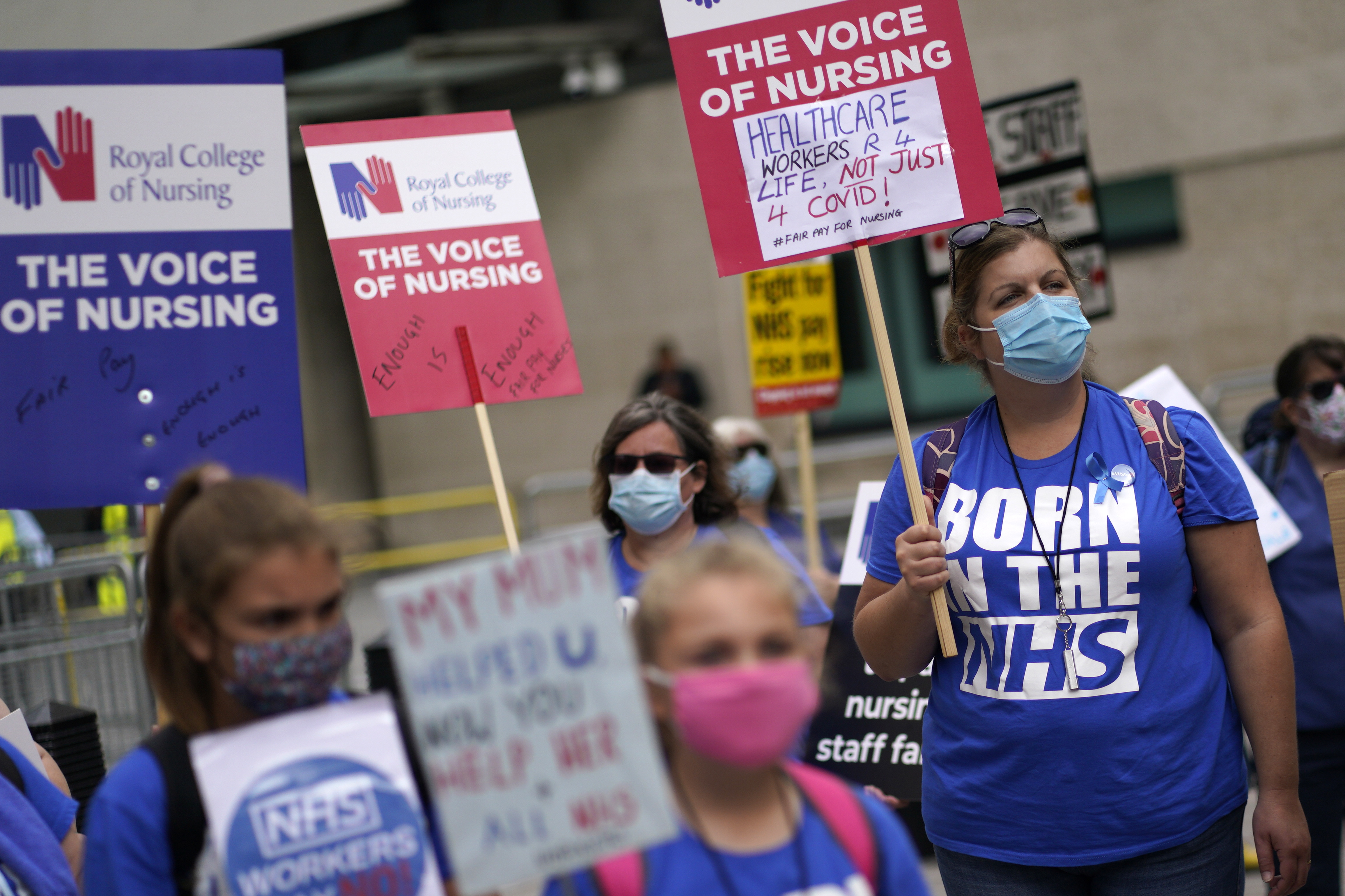 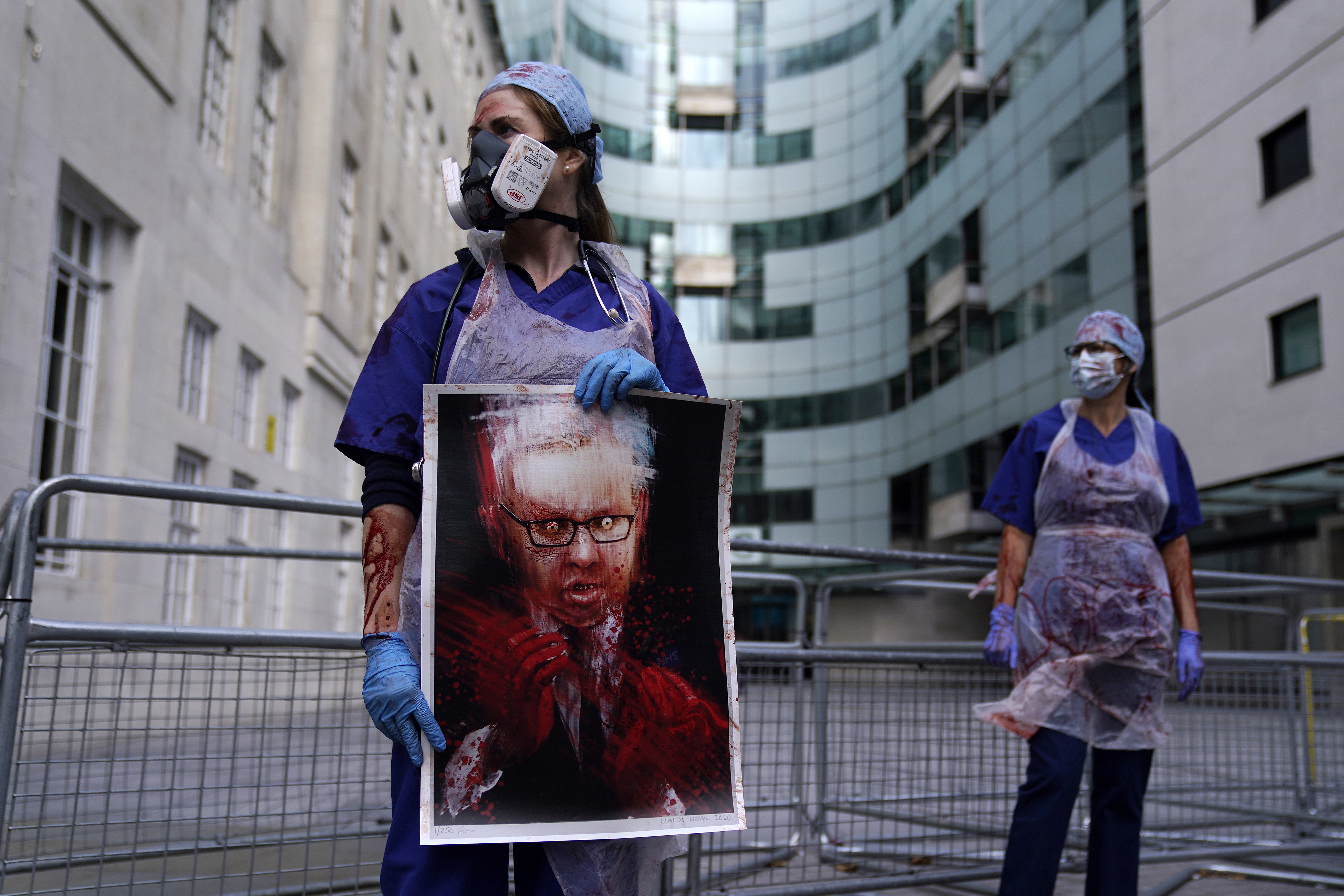 Others were dressed in scrubs adorned with fake blood, and carried signs saying "blood on their hands" in reference to the health workers who died without PPE.

Londoners held a two-minute silence to mark the 640 NHS workers who lost their lives during the pandemic.

The protest comes after nurses were excluded from the wage increase for around 900,000 public sector workers announced in July, as they are in the final year of a three-year agreement.

Alia Butt, 33, an NHS psychotherapist in Essex and chair of Nurses Staff Voices, said: "We have simply had enough.

"The money is there. They are simply just not providing it to NHS staff.

"It turns out that the only way to ensure the NHS is able to continue to function is by the sheer force of organising." 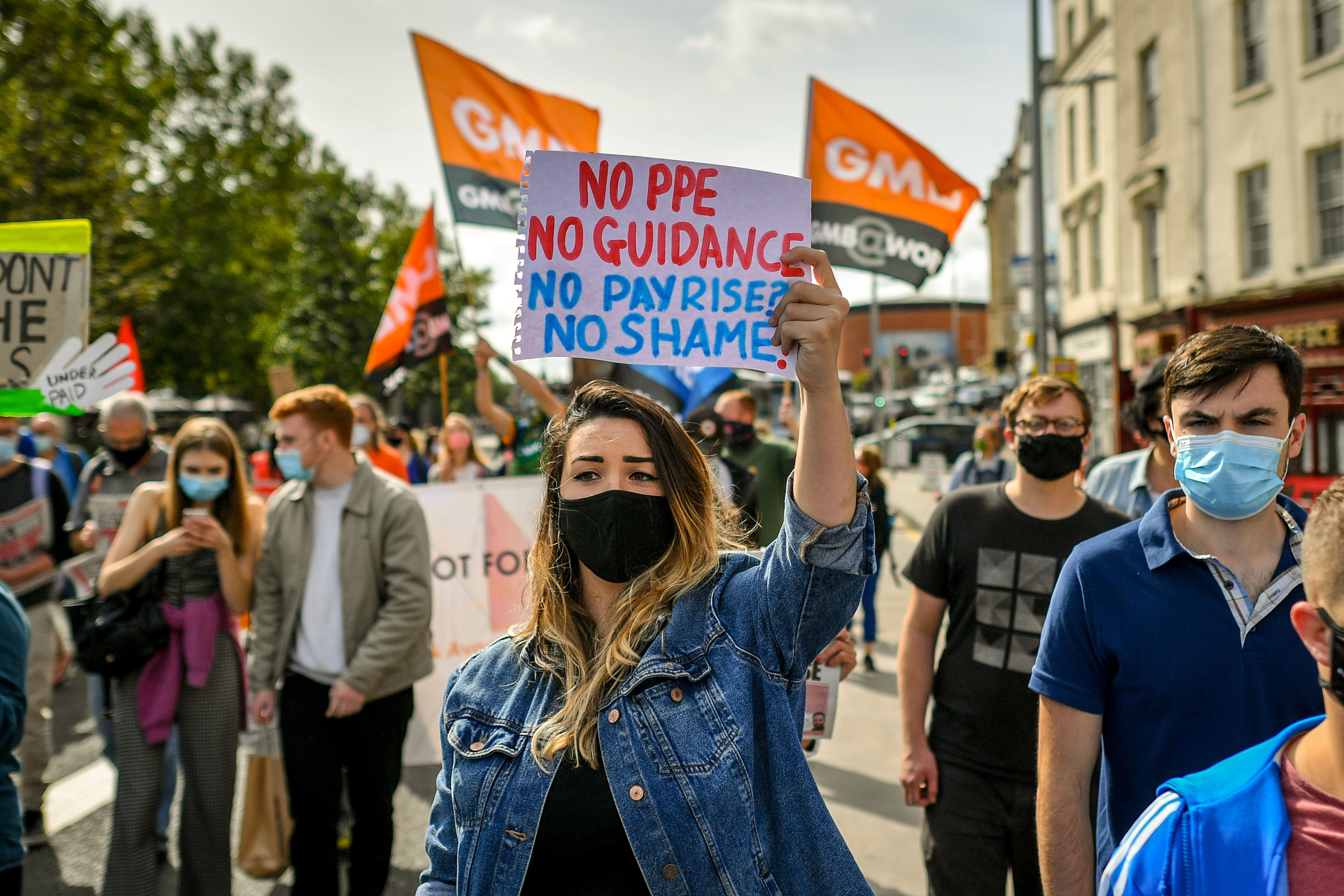 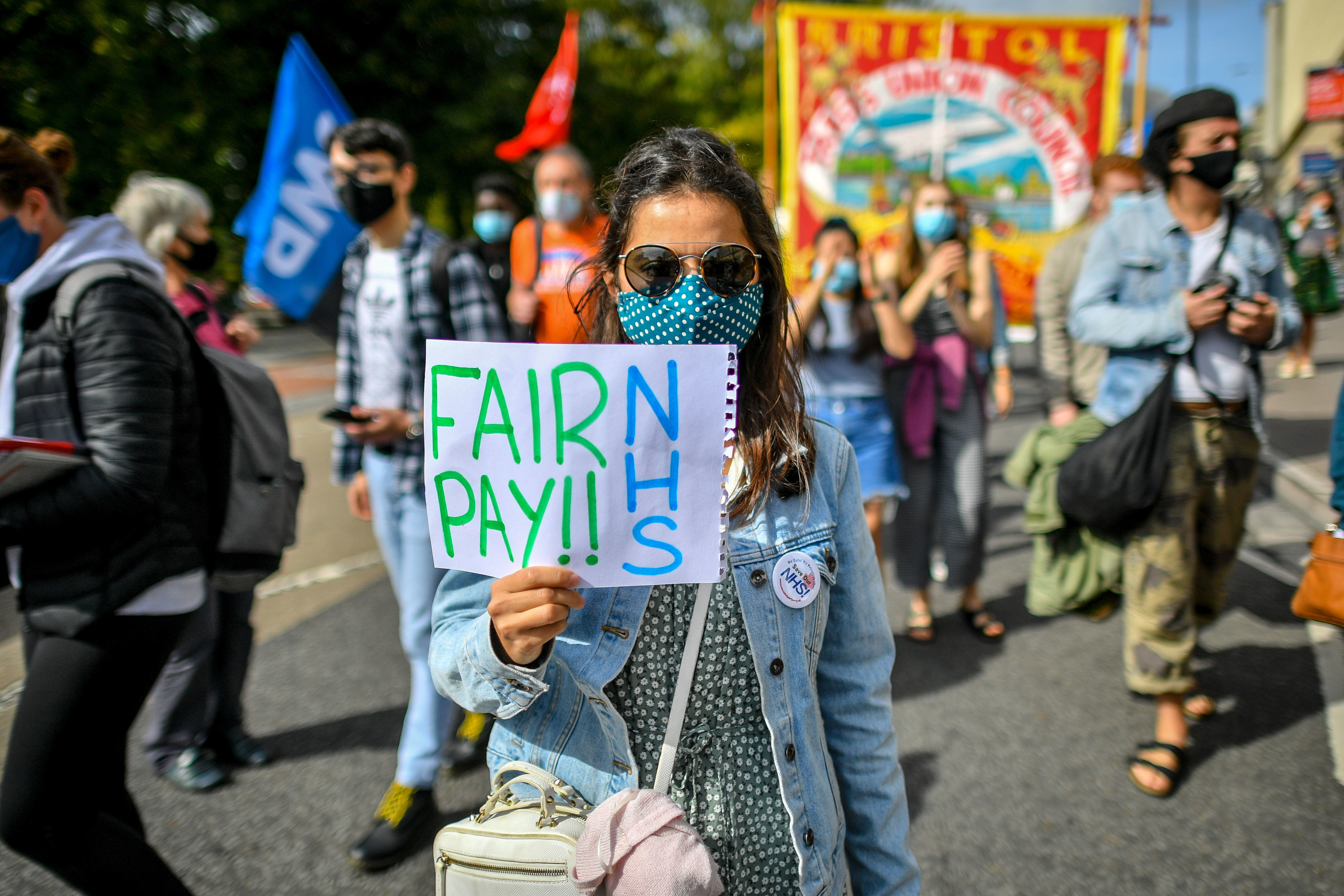 Jordan Rivera, 43, an occupational therapist in Hackney, east London, said: "Working that hard when you are already exhausted from fighting the pandemic is an outrage.

"How can we be expected to work through a second wave when we are physically and emotionally exhausted and on top of that, we are worried about paying our bills?"

Demonstrators began chanted "Boris Johnson hear us shout, pay us properly or get out" as they marched through the streets of central London.

Rachel Harrison, national officer for the GMB union, said: "Loyal and dedicated NHS workers have been let down in the three-year NHS pay deal – which GMB union opposed.

"Their pay, terms and conditions have been driven down for years.

"Many staff have worked throughout the coronavirus pandemic and now their efforts need to be recognised with a pay award that reflects their commitment and the real-terms losses they have suffered during a decade of austerity."

Union Unite said NHS workers should receive a pay rise of 15% or £3,000 – whichever is greater.

They said this would "restore the pay that NHS workers have lost in the decade of austerity since 2010".

He said: "NHS staff are absolutely brilliant but have suffered a pay freeze, under-funding and under-staffing.

"Yet when the coronavirus crisis comes along, they are all there working hours and hours more than they were paid to do – care workers doing exactly the same.

"Now is the time to pay them properly and secure jobs for the future in the NHS."

A Department of Health and Social Care spokesman said it is "grateful" for the "hard worker and dedication" shown by staff.

They said: "NHS staff are currently benefiting from the final year of a three-year pay deal, which has delivered year-on-year pay increases, such as increasing the starting salary for a newly qualified nurse by 12% by 2021.

"The independent NHS pay review body makes recommendations to government on pay increases for NHS staff, including nurses, and we will consider their advice when we receive it, while continuing to listen to our valued staff and the trade unions to ensure everyone is rewarded fairly." 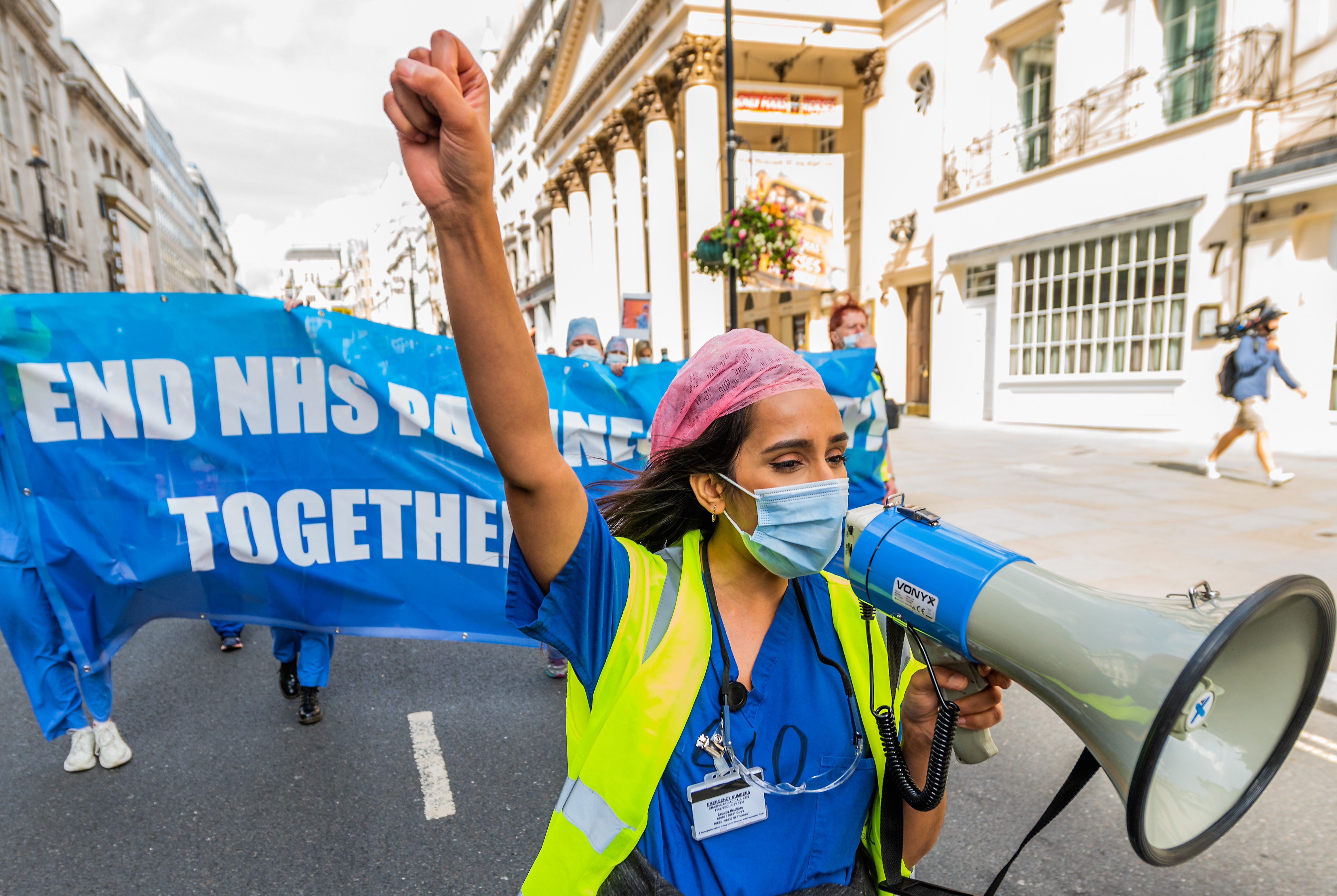 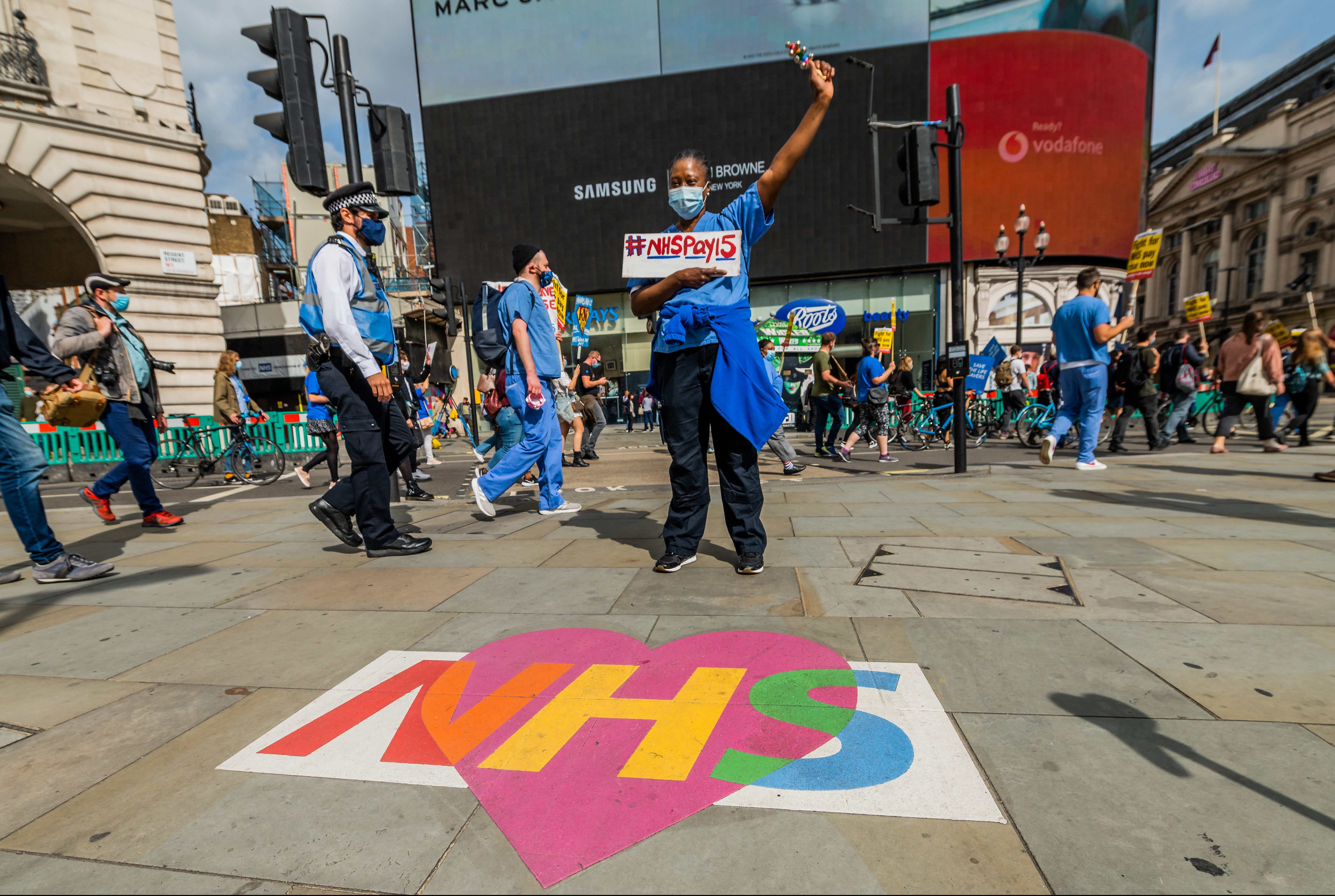 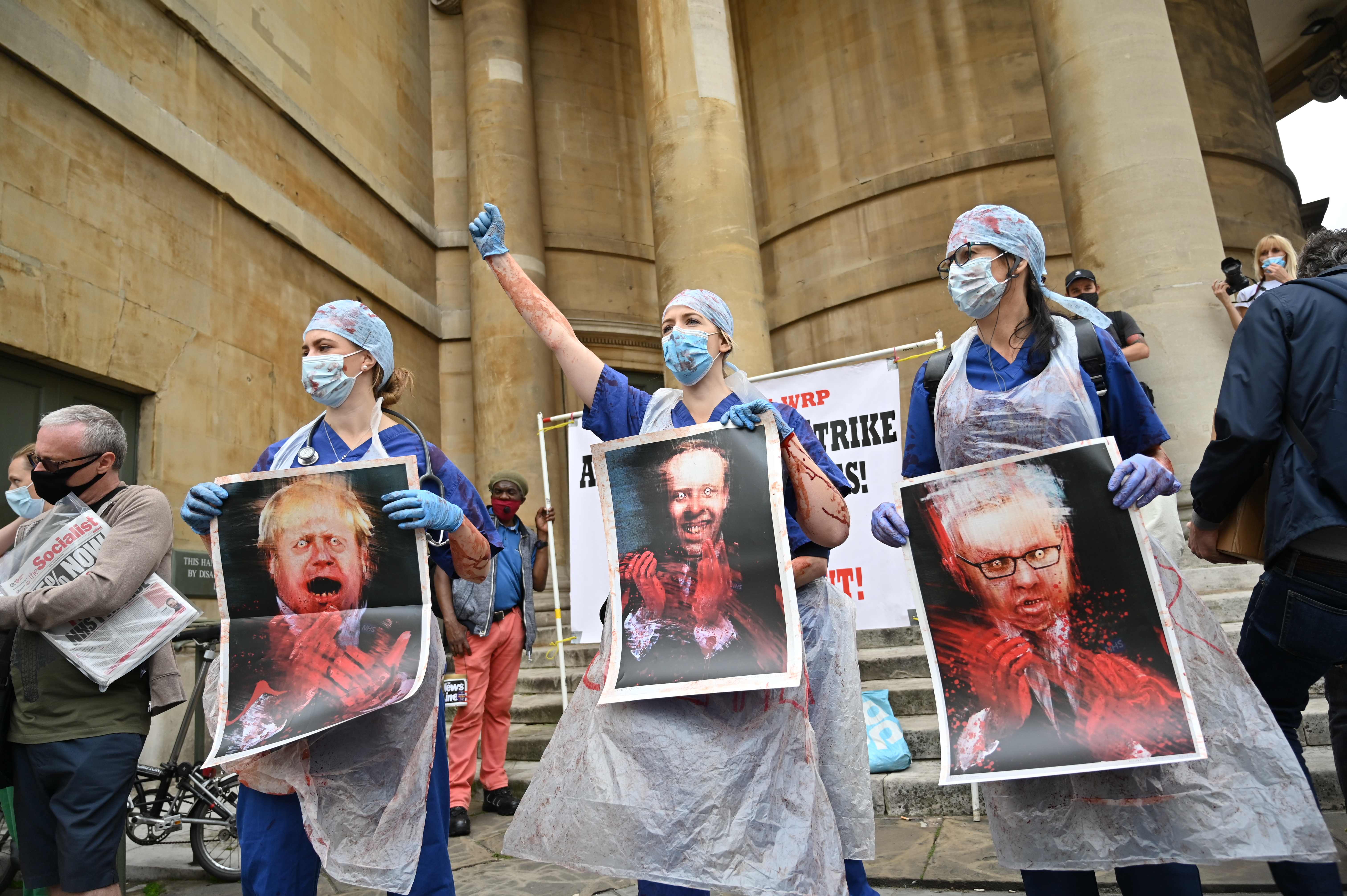 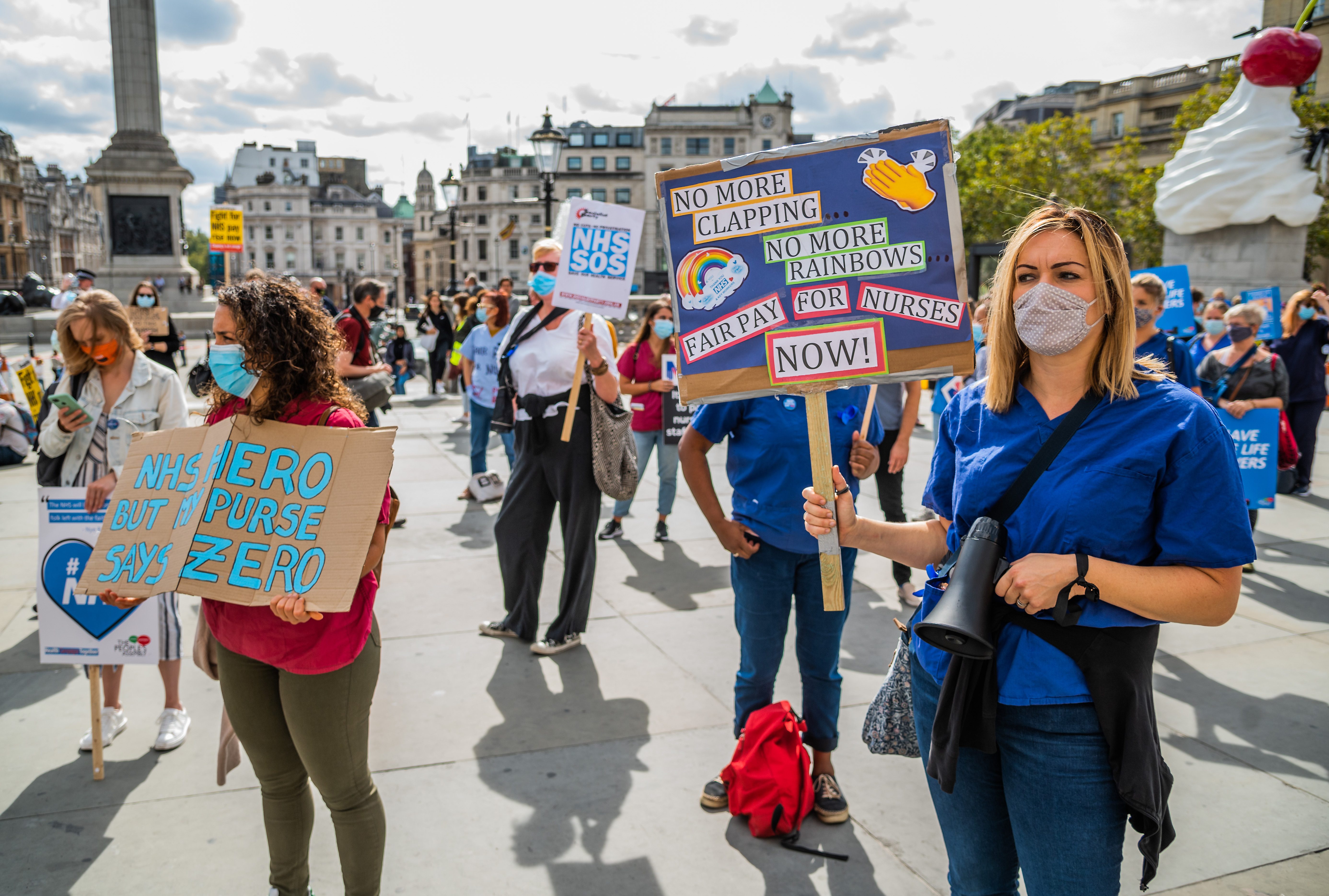