LONDON/BRUSSELS (Reuters) – The chances of Britain leaving the European Union without a trade deal have risen sharply as negotiations have been threatened by London’s insistence that it have full autonomy over its state aid plans, negotiators and diplomats said. 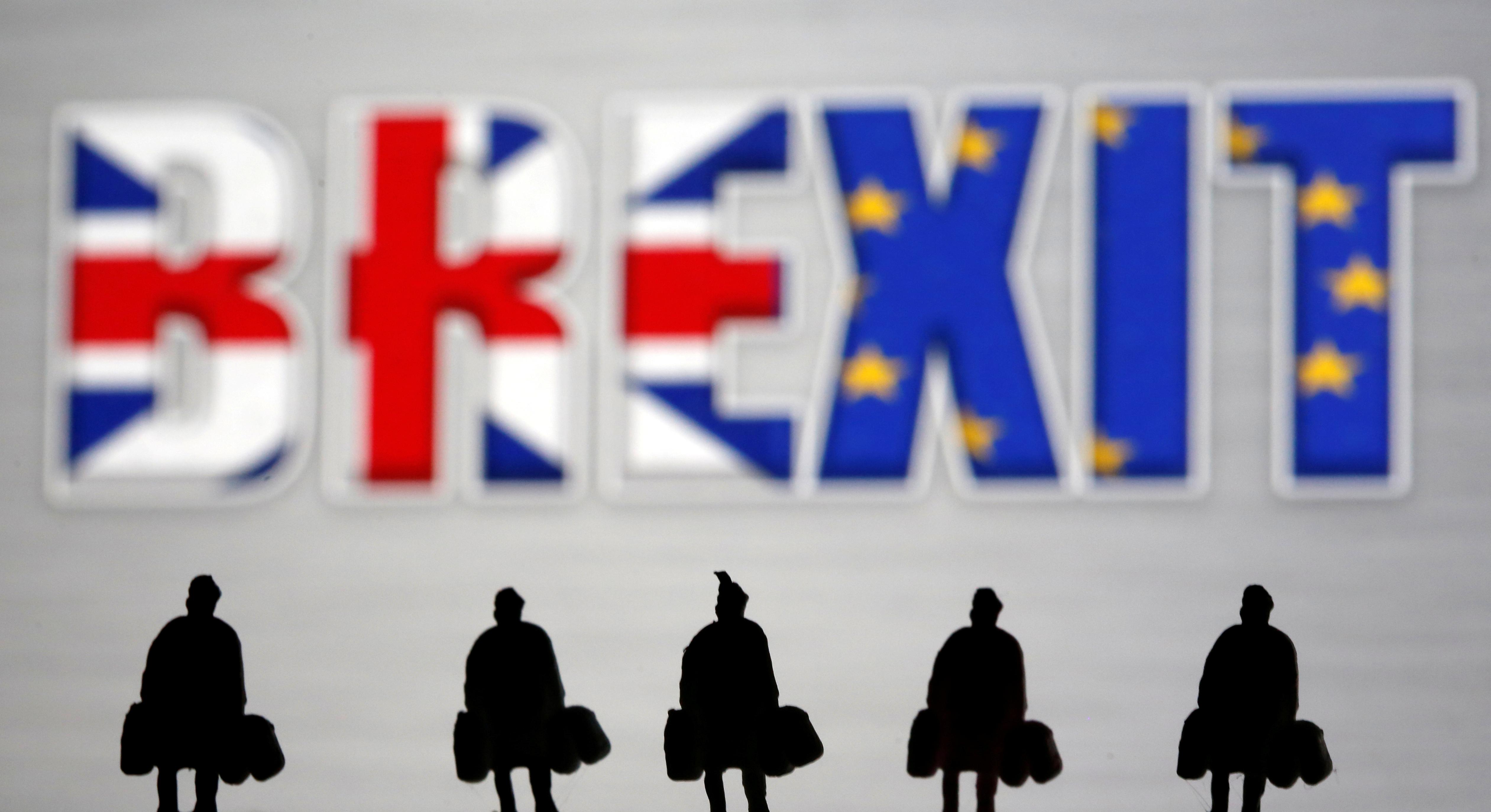 The United Kingdom left the EU on Jan. 31, turning its back after 47 years on the post-World War Two project that sought to build the ruined nations of Europe into a global power.

The British exit followed more than three years of wrangling over an exit deal since the 2016 referendum that sent shockwaves through global financial markets. Since Brexit, talks on a new trade deal have so far made little headway.

But fears in London, Brussels and other European capitals are mounting that a British exit without a trade deal could sow yet more economic chaos amid the turmoil of the coronavirus crisis which has hammered European economies.

“The chances for a deal, or a no-deal, are 50/50,” said one senior EU diplomat. “There has been absolutely no movement from the British side in the talks. If this approach doesn’t change quickly, we won’t be able to negotiate a deal in time.”

Failure to reach a trade deal could hammer financial markets as nearly a trillion dollars in trade, from car parts and medicines to lamb and fish, would be thrown into turmoil.

A British source close to the negotiations said the European Union was slowing down negotiations and should understand that its demands on state aid and fishing were not compatible with Britain’s status as an independent country.

“We have also consistently tried to move discussions forwards but have been prevented from doing so by an EU which insists that everything must go at the pace of the most difficult issue,” the source said.

“Their ask that we accept continuity with EU state aid and fisheries policy is simply not compatible with our status as a fully independent country,” the source said.

Prime Minister Boris Johnson said if the EU was sensible, it would give Britain the Canada-style solution it is seeking. But that Britain was ready for any eventuality over Brexit.

European Council President Charles Michel told reporters: “Sooner or later, the UK should clarify what they want. It’s not possible to leave the European club and at the same time keep all the benefits.”

“We have no certainty that we’ll reach a deal. I hope it will be possible – but not at all cost,” he said.

The bloc’s Brexit negotiator Michel Barnier went to London on Tuesday to tell his UK counterpart, David Frost, that Britain must move on state aid, or there will not be an agreement, according to EU diplomats.

Afterwards, Barnier said London had not shown enough flexibility and creativity on fair competition, fisheries and solving disputes in order to seal a deal on new trade ties by a “strict deadline” of end-October.

“The Commission now worries the next negotiating round will end up with nothing,” the diplomat said. “If the UK doesn’t move a bit on the state aid thing, we have a problem.”

Britain does not want to allow Brussels authority over its state aid rules.

“The EU need to realize that what they’re asking for is at odds with what the British people voted for, twice, and not something we could accept,” the British source said.

Senior officials in British Prime Minister Boris Johnson’s office see only a 30%-40% chance that there will be a Brexit trade agreement due to the impasse, the Times reported.

“There is a risk of a no-deal scenario at the end of the year,” an EU official said. “People need to be ready for that.”