Noel Edmonds is accused of running off to New Zealand to avoid paying £1million debt to Bad Boy Brexit creditor Arron Banks – who says: ‘No Deal is not an option!’

Noel Edmonds has been accused of fleeing the country to avoid paying back a £1million debt to the man who helped to bankroll Nigel Farage’s Brexit campaign.

The Mail on Sunday can reveal that Arron Banks, who co-founded Mr Farage’s Leave.EU campaign in 2015, has used private investigators and satellite technology to track down Mr Edmonds to a ‘hideout’ in New Zealand – where he plans to serve legal papers to recover a total of £1,344,000 from the TV presenter.

Mr Banks says he is ‘fuming’, claiming Mr Edmonds still owes him the money as a result of the Deal Or No Deal presenter’s high-profile battle to recover millions of pounds from Lloyds Banking Group lost as part of a fraud.

Mr Edmonds covered his legal costs by taking out an insurance policy from the Legal Protection Group – wholly owned by Mr Banks. A fee for the policy was due when he reached a settlement with the bank.

Last night a source close to Mr Edmonds denied he had fled the country or was in hiding, and disputed being liable for the sum. 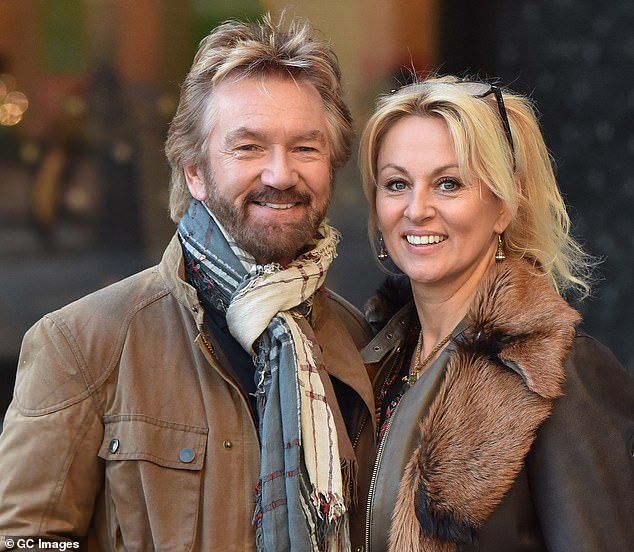 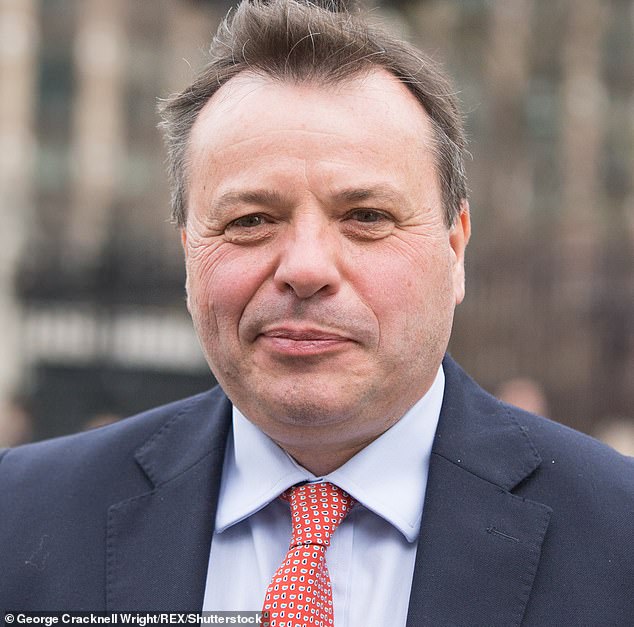 Arron Banks says he is ‘fuming’, claiming Mr Edmonds still owes him the money as a result of the Deal Or No Deal presenter’s high-profile battle to recover millions of pounds from Lloyds Banking Group lost as part of a fraud

Mr Banks – the self-confessed ‘Bad Boy of Brexit’ – told The Mail on Sunday: ‘I’m fuming. Mr Edmonds has run off to a lush part of New Zealand with my money, dishonestly trying to hide from his debtors. We backed him when no one else would in his fight with the banks, he won and then he headed for New Zealand without even acknowledging his debt to me and my company. No deal is not an option – cough up, or I will drag you back to the UK to face the music.’

Investigators working for Mr Banks, reputed to have earned £100 million from his various insurance businesses, tracked down Mr Edmonds by comparing images in the backdrop of a local TV interview given by Mr Edmonds with those from a satellite.

Their dossier on ‘Noel Ernest Edmonds’, which has been seen by this newspaper, describes obtaining the breakthrough in their manhunt ‘by focusing on the positioning of the swimming pool in relation to the main dwelling house, the spacing of the box hedging visible in the background of the pool shot, and the roofline and relationship between the dwelling house and outbuildings’.

Land covenants taken out at the time of Mr Edmonds’ move to New Zealand also pointed to it being his property, the dossier said.

Mr Edmonds was reported to have come to a financial agreement worth a reported £5 million with Lloyds after corrupt financiers from the bank’s Reading branch were imprisoned in 2017 for a £245 million loans scam, which destroyed a number of businesses – including Mr Edmonds’ Unique Group – while the criminals squandered the profits on high-class prostitutes and luxury holidays. He received an apology from the group for the distress he suffered, but sources close to him said last night that a final legal settlement had not been reached with the bank.

A source close to Mr Banks said: ‘The £1 million premium became due in July 2019 when Mr Edmonds reached an out-of-court settlement with the bank.

‘We wrote to Mr Edmonds in August 2019 pointing out the policy conditions but he ignored the communications. We have established that Mr Edmonds emigrated in a hurry shortly after the settlement. His solicitors have deliberately obstructed and delayed, but now that we have tracked down his hiding place we are seeking to serve papers on him in New Zealand to recover the money.’ 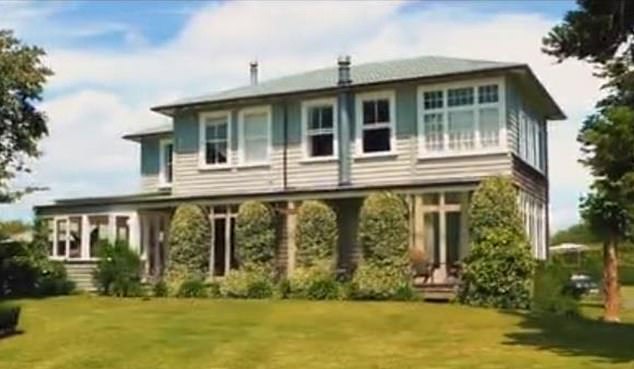 Mr Edmonds, who rose to fame as a Radio 1 disc jockey and became a prime-time Saturday night BBC fixture with Noel’s House Party – featuring Mr Blobby – gave an interview last year in which he branded claims that he would move to New Zealand out of disappointment at his early exit from ITV reality show I’m A Celebrity as ‘absolute disgusting lies’.

He said: ‘The house that I have in the UK was put on the market a couple of years ago and is now sold and they were told all this last week and they’ve still run the story that apparently I’m going to skulk off to New Zealand. It is absolute disgusting lies.’ The 71-year-old lives on the outskirts of Auckland with his wife Liz and her 16-year-old son.

Mr Edmonds has set up a ‘positivity’ radio network which includes a station playing music designed for houseplants.

Another broadcasts ‘healing frequencies’, while a third plays soothing tunes for cats and dogs. Mr Edmonds said: ‘We ran an experiment with two plants, one of which we neglected and the other we played Positively Plants to. The difference was absolutely amazing, and then we played those tones, because it’s all about tones, we played those tones to the plant that didn’t look so good, and it perked up again.’

He added: ‘Kiwis can rest easy. I’m not going to inflict myself upon this proud nation. I’m not bringing Mr Blobby over. I’m here to behave.’

The source close to Mr Edmonds said: ‘This issue will become a legal fight. Noel is taking action against the legal representatives who advised him to embark on litigation funding. Their conduct has been reported to the Solicitors Regulation Authority.’