A NURSE was left fighting for her life after she caught a flesh-eating bug while tending to her plants in the garden.

Jodie Wylie began to suffer a migraine and found a large bruise on her right thigh after doing the gardening.

The 50-year-old initially dismissed her symptoms as she thought they were just a bad migraine.

The green-fingered nurse was rushed to hospital where she was diagnosed with Necrotising Fasciitis, a severe infection which saw bacteria release toxins into her blood.

The bug affects the tissue beneath the skin and the surrounding muscles.

Mum-of-two Jodie had to have a large part of her skin, muscle and tissue removed on her right thigh in a bid to save her life.

Surgeons also had to carry out 13 surgeries in order to scrape away the disease. 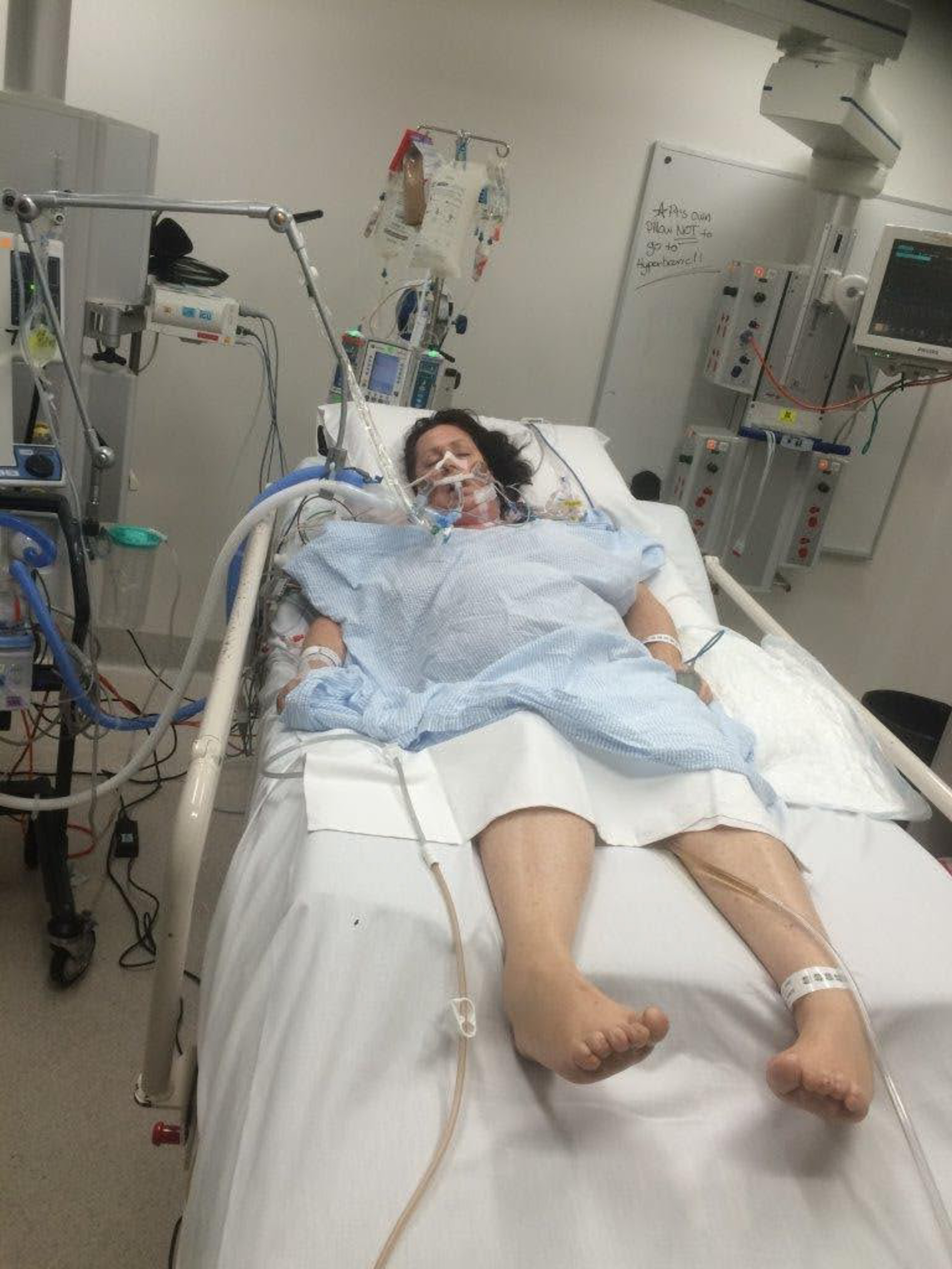 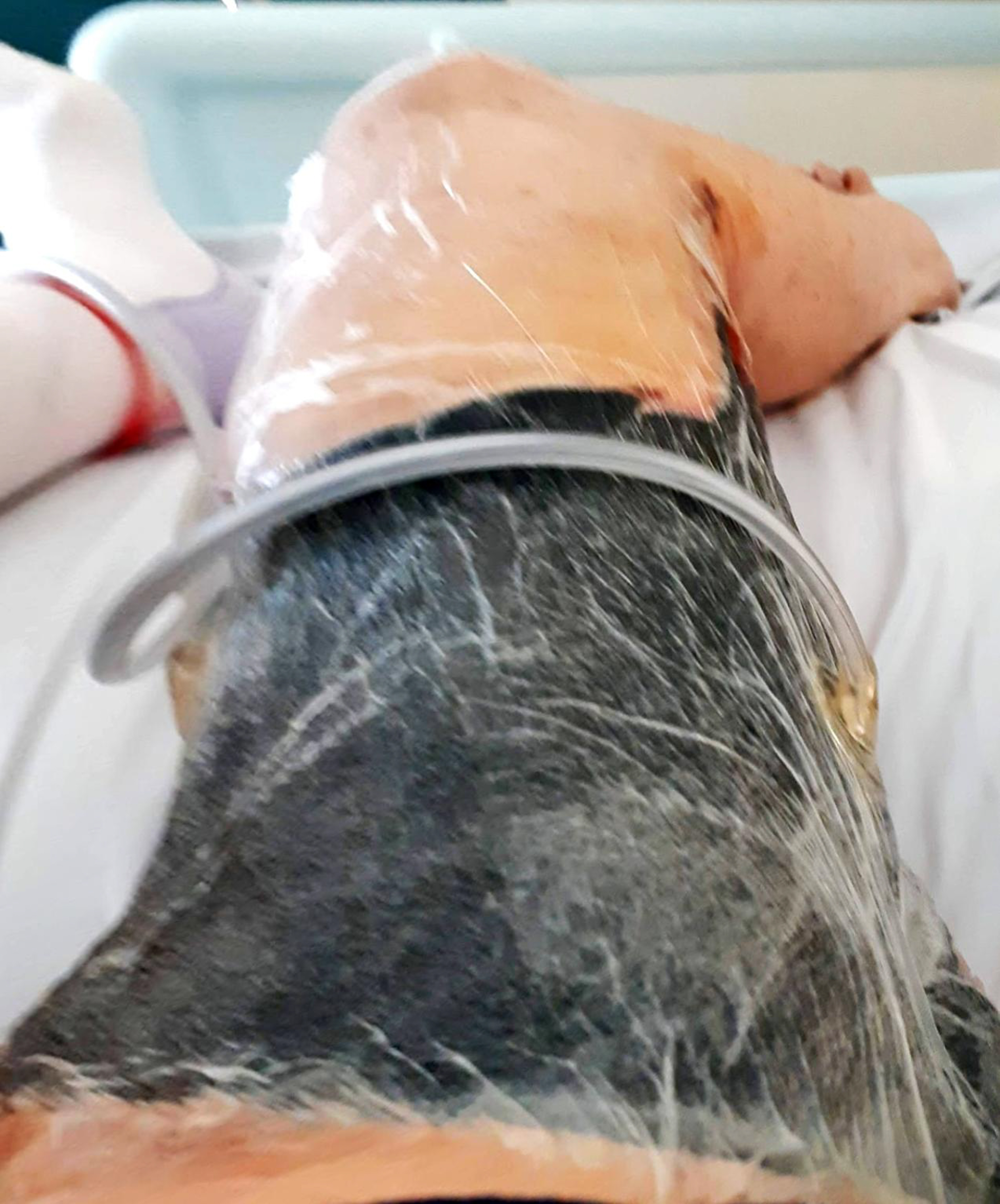 Jodie said she felt as though her head was going to explode, so she went to bed.

The intensive care nurse said she was exhausted and wasn’t responding to any medication.

"My throat was sore and I was vomiting. I thought it was just a bad migraine.

"I can only go by what my friend and sister told me because I don't remember much.

"They called a doctor and he thought it was a virus and a migraine.

"My gut was telling me it was more severe than a migraine because I'd never felt like that before but I prolonged going to hospital until it was almost too late.

"I had a bruise on my leg which was so painful and mottled and dark. I couldn't even walk into the hospital, I had to use a wheelchair.

"I had a feeling it was Necrotising Fasciitis and I told my sister I thought I was going to die."

What is necrotising fasciitis?

NECROTISING fasciitis is a rare but serious bacterial infection that affects the tissue beneath the skin, the surrounding muscles and organs.

It's often referred to as a "flesh-eating" disease, though the bacteria don't eat the flesh.

Rather, they release toxins that damage the nearby tissue.

The condition can start from a relatively minor injury, such as a small cut, but can progress and get worse very quickly.

If it's not recognised quickly, the condition can become life-threatening.

Symptoms can develop quickly, and early signs include:

After a few days, it's likely you'll notice:

Necrotising fasciitis is a medical emergency that can spread very quickly. It is important if you suspect you are suffering with it, you dial 999 immediately. 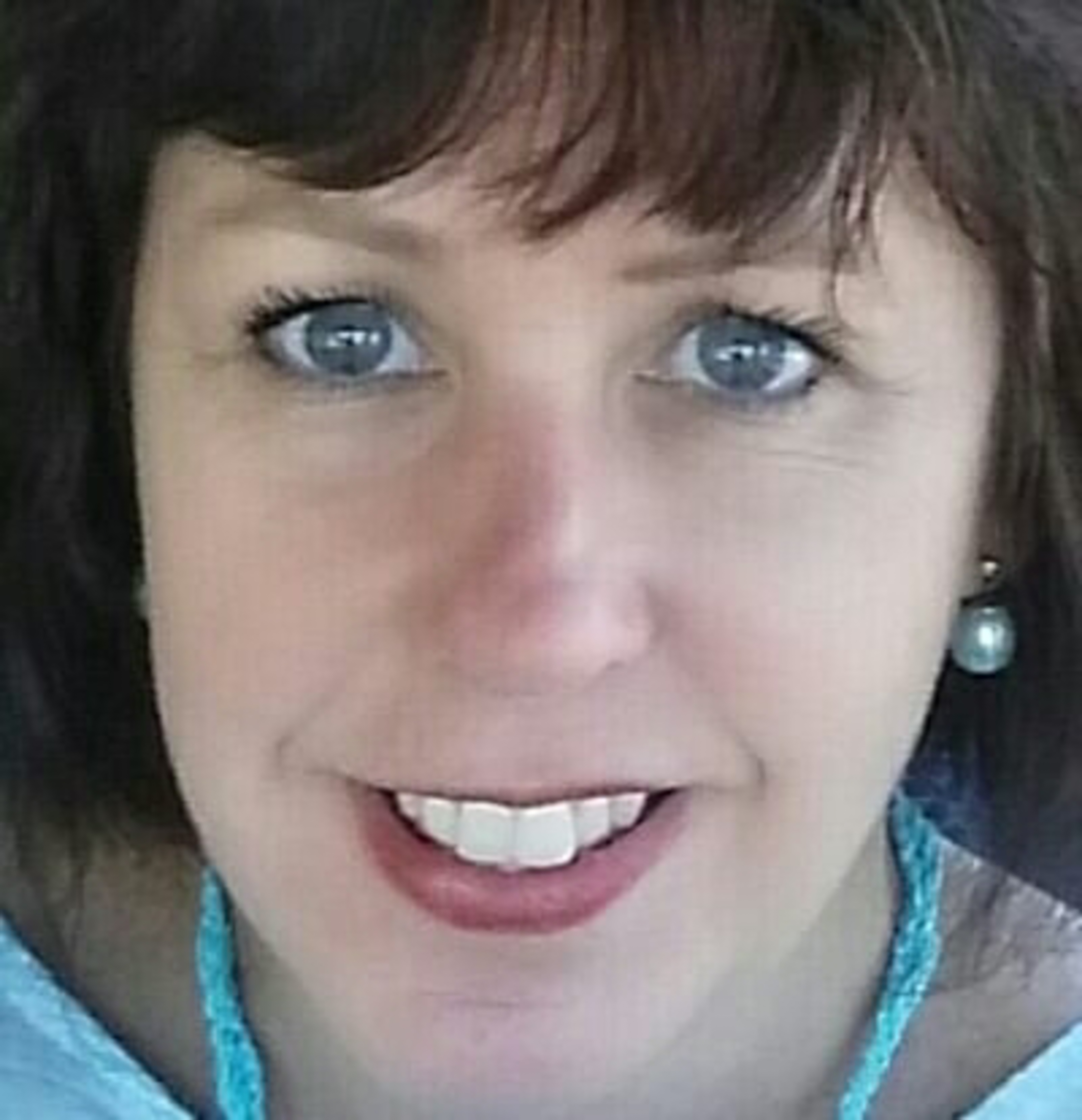 On arriving at the hospital Jodie’s blood pressure dropped and her heart rate soared.

She was rushed to surgery where medics cut open her leg and diagnosed her with the disease.

Jodie, who lives in Melbourne, Australia, spent the next two weeks on the same intensive care unit she worked on, as she'd also been diagnosed with septicaemia.

Jodie's family were told to prepare for the worst.

Jodie, who lives with daughters, Charlotte, 10, and Madeleine, 8, in Melbourne, Australia, said: "My throat was swollen to the same size as my head.

She has now lost a lot of skin and muscle in her leg but is able to walk.

Jodie said it has taken her a whole year to get back into the garden and she said this is where she could have picked up the disease.

She added: "I've lost a lot of my thigh and hip and I still have a lot of nerve damage.

"A lot of my leg is numb so it's itchy but I can't feel anything when I scratch it.

"The skin is down to the bone now in some places and my leg gets exhausted. 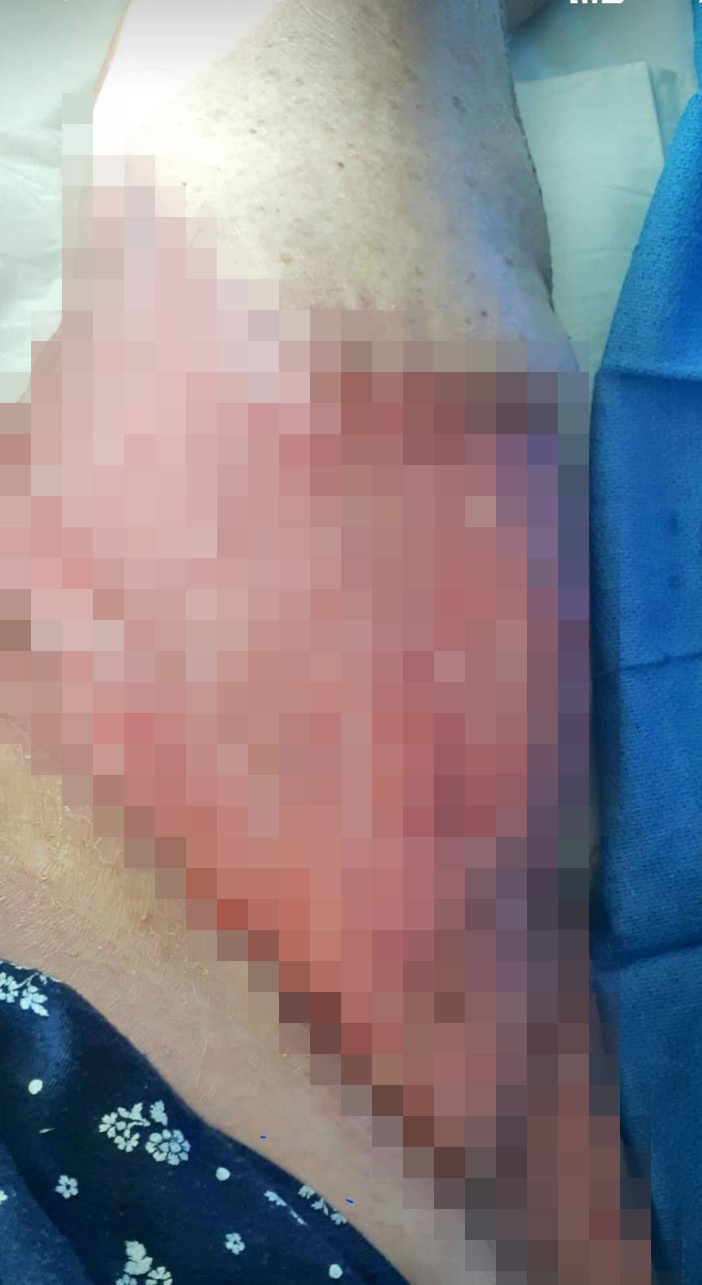 "It's taken me a year to get back out in the garden because it's questionable that that's where it happened and I dread I'll wake up sick again.”

She added that her children are scared she will end up in hospital again.

"If it wasn't for my friend Mandi staying with me, I would have been at home on my own and I wasn't capable of picking up the phone to call an ambulance.

"It has been a very traumatic and difficult time and I am so grateful to the dedicated medical staff who saved my life, and to my amazing family and friends who have been there for me. 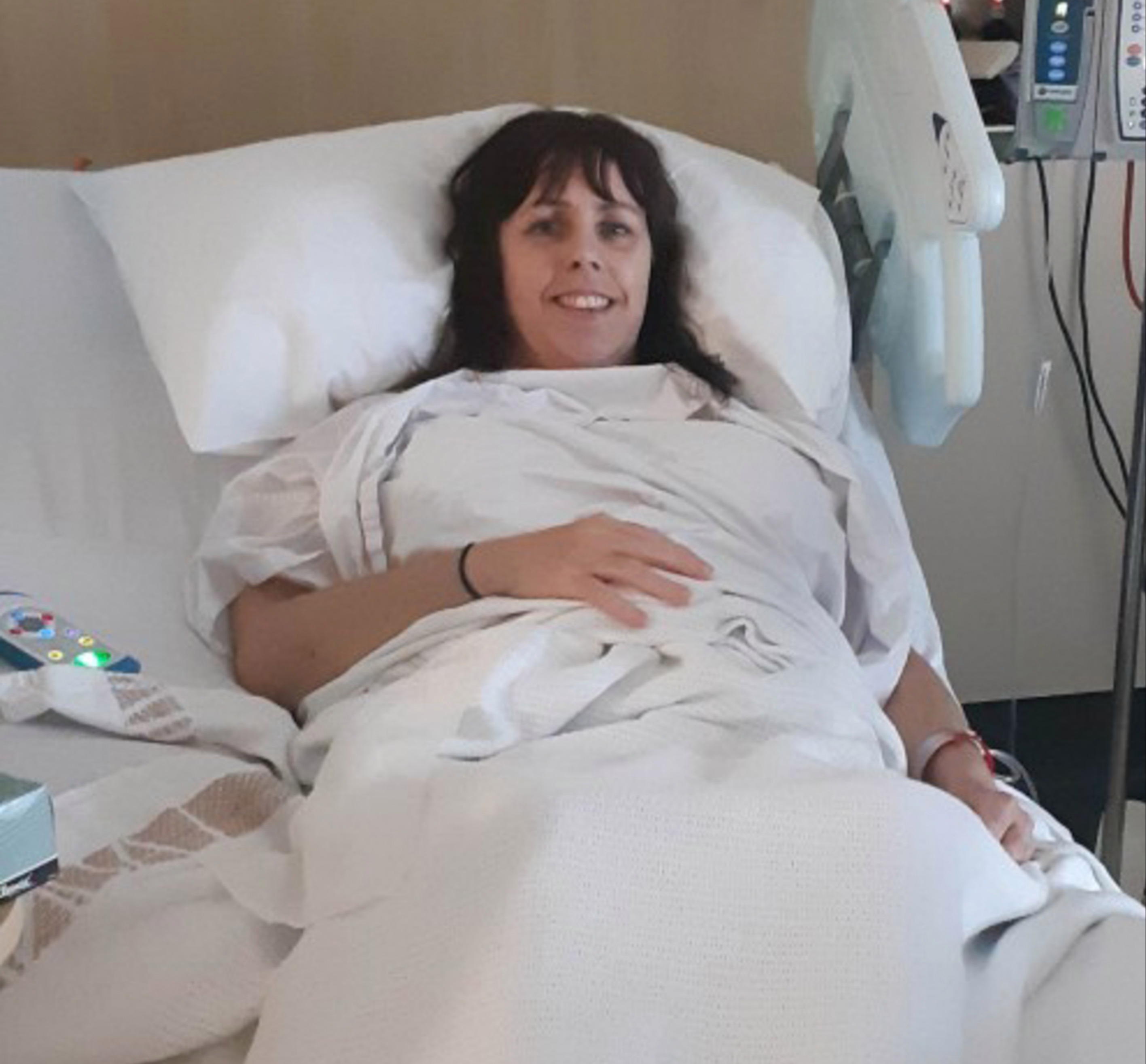 “We really need to act early when the signs are telling us we are extremely sick.

"I tried to be brave and stayed at home too long before agreeing to be taken to hospital.

"It was almost too late for me and I'm lucky to be alive."

A friend of Jodie has set up a fundraising page as she's had to give up work due to her illness.