Obama also used his speech to offer a personal endorsement of Biden, who served as his vice president for two terms. 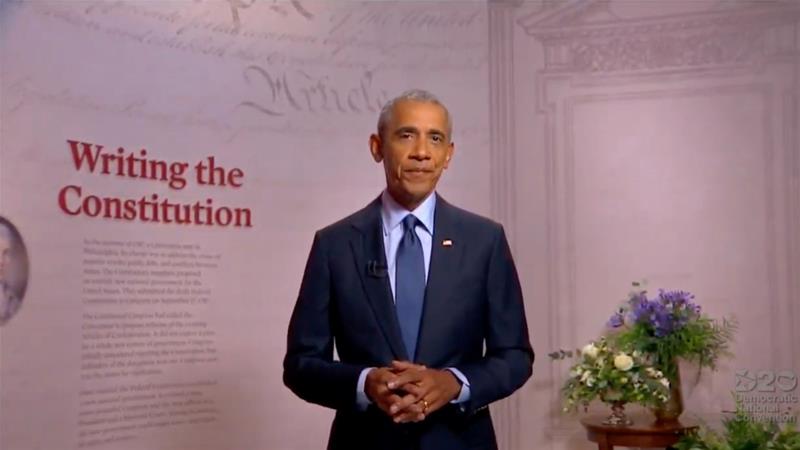 Former US President Barack Obama on Wednesday assailed his successor, Donald Trump, as deeply unfit for the office he occupies and argued that voting for his former number two, Joe Biden, was necessary to ensure the very survival of American democracy.

“He’s shown no interest in putting in the work; no interest in finding common ground; no interest in using the awesome power of his office to help anyone but himself and his friends; no interest in treating the presidency as anything but one more reality show that he can use to get the attention he craves,” Obama said of Trump during the third night of the Democratic National Convention.

“Donald Trump hasn’t grown into the job because he can’t. And the consequences of that failure are severe,” he continued, blaming Trump for the 170,000 Americans who have died from the coronavirus, the millions of jobs lost to the ensuing recession and the diminishment of the country’s democratic principles at home and abroad.

After avoiding direct criticism for most of Trump’s first term, the scathing broadsides from Obama constituted an unusually harsh assessment of one president by another. His assertion that Trump, a Republican, is incapable of meeting the demands of the presidency echoed the remarks from his wife, Michelle Obama, on Monday, that Trump “simply cannot be who we need him to be.”

Biden was formally nominated on Tuesday night to take on Trump in the November 3 presidential election. US Senator Kamala Harris, his choice for vice president, also spoke on Wednesday, while Biden will do so on Thursday. 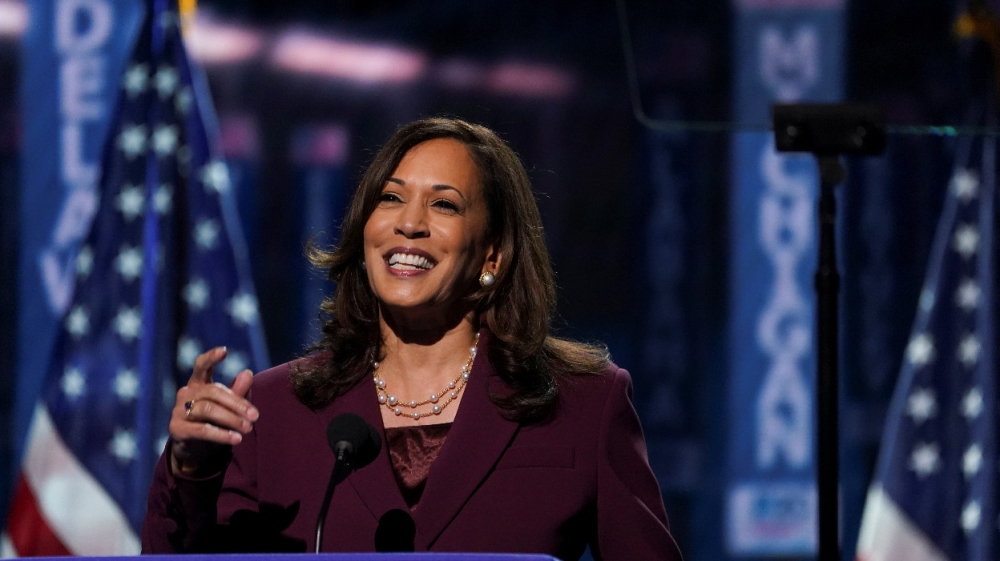 Obama, who remains enormously popular among Democratic voters, also used his speech to offer a personal endorsement of Biden, who served as his vice president for two terms.

“For eight years, Joe was the last one in the room whenever I faced a big decision,” he said. “He made me a better president – and he’s got the character and the experience to make us a better country.”

Obama’s address was delivered from the Museum of the American Revolution in Philadelphia, the city where the US Constitution – and the country’s founding democratic principles – were drafted.

Trump, he said, had failed those tests.

On Twitter, Trump responded to Obama’s appearance with a post in all-capital letters: “Why did he refuse to endorse slow Joe until it was all over, and even then was very late? Why did he try to get him not to run?”

Obama also urged Americans to vote, warning that Trump and his Republican allies can win only by making it difficult for those who oppose them to vote, rather than on the merit of their policies.