An Oklahoma state senator from Tulsa was charged with first-degree manslaughter after authorities say she was speeding and driving recklessly when her vehicle skidded off a rain-slickened road and crashed into a man’s disabled vehicle, killing him.

Democratic Sen. Alison Ikley-Freeman, 29, who was seriously injured in the May crash, was charged Monday in Lincoln County.

According to a state trooper who investigated, Ikley-Freeman was traveling 91 mph in a 75 mph zone in rainy conditions on the Turner Turnpike. Enrique Lopez, whose vehicle had skidded off the road earlier and was stuck in a ditch, died at the scene. The patrol reported Ikley-Freeman was trapped in the wreckage for 40 minutes. 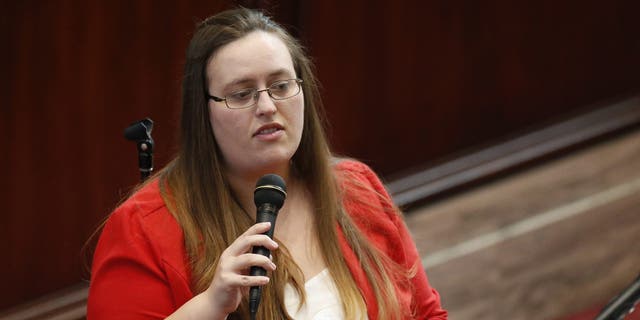 Ikley-Freeman was operating the vehicle in “complete disregard for the motoring public" and was committing several misdemeanors when the accident occurred, including speeding, reckless driving, driving too fast for the weather and failing to stay in a single lane, Trooper Shayne Ballard wrote in an affidavit.

Ikley-Freeman's attorney, John Hunsucker, said in a statement that he was still reviewing the allegations, but added: “We believe that when the facts are completely vetted, it will show that this was a tragic unavoidable accident. Our sympathies for the family of Mr. Lopez."

If convicted of first-degree manslaughter, Ikley-Freeman faces between four years to life in prison.

Ikley-Freeman, who was elected in a special election in 2017, lost her reelection bid last week to Republican Cody Rogers.