Witch you were here! Halloween postcard sent in 1920 finally gets delivered to a Michigan home a century late

A woman from Michigan received a postcard in her mailbox which had been sent almost exactly 100 years ago.

Brittany Keech from Belding, east of Grand Rapids said the message was completely unexpected and is now trying to find relatives of the intended recipient.

The postcard had a George Washington stamp affixed in the top right hand corner and was postmarked October 29th, 1920 having been sent just before Halloween of that year, from Jamestown, Michigan. 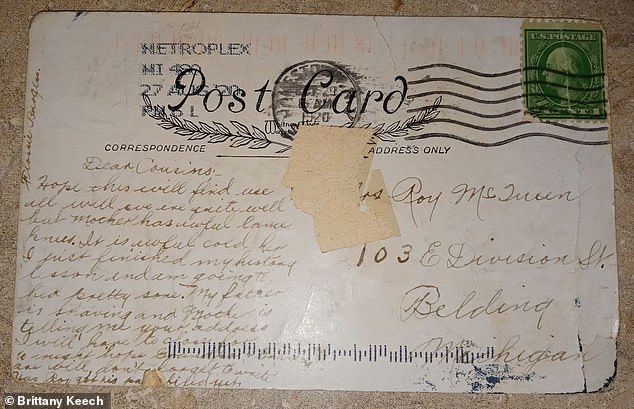 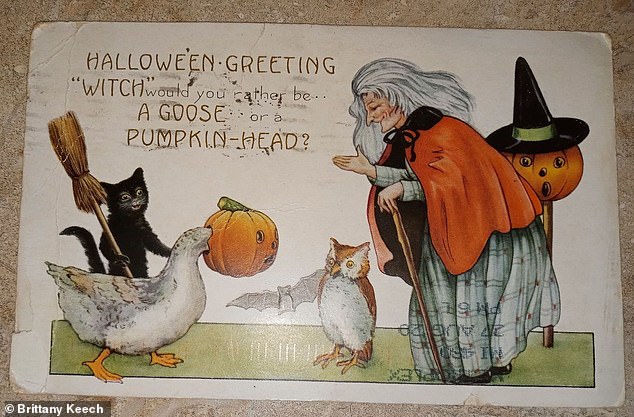 The front of the postcard depicts a witch together with a cat along with a goose and an owl and with a punny message, ‘Halloween greetings. Witch would you rather be? A goose or a pumpkin head?’

‘It was sitting right on top of the mail,’ Keech told Fox 17. ‘I start looking at it and I’m like, “ok it’s been through some wear and tear,”‘ she said.

The postcard was addressed to a Roy McQueen on Division Street and although the card looked old, the cursive handwriting written on the back of it was still legible:

Hope this will find you all well. We are quite well but mother has awful lame knees. It is awful cold here. I just finished my history lesson and am going to bed pretty soon. My father is shaving and my mother is telling me your address. I will have to close for a night. Hope grandma and grandpa are well. Don’t forget to write us – Roy get his pants fixed yet. 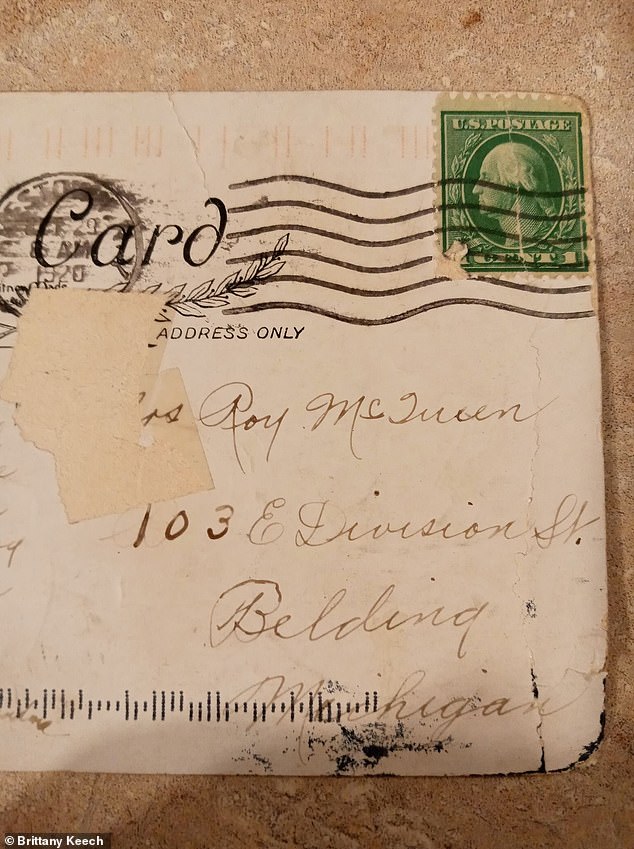 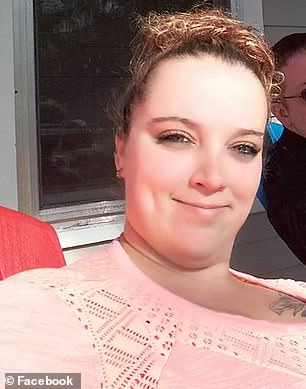 Michigan resident Brittany Keech was baffled when she found a postcard dated October 29, 1920, in her mailbox this week

Keech is now hoping that she will be able to track down descendants of the people for whom the message was intended.

‘This might be something that their parents can say, “yea I remember when your great-great grandma would tell me stories.”‘

So far, she has posted it to a Facebook group which celebrates local stories where it has received more than a hundred comments.

If the present-day family cannot be found, she says that she may offer it to the local museum in Belding.

One member of the community, Robby Peters, 33, from Grand Rapids has already begun the search to find relatives. 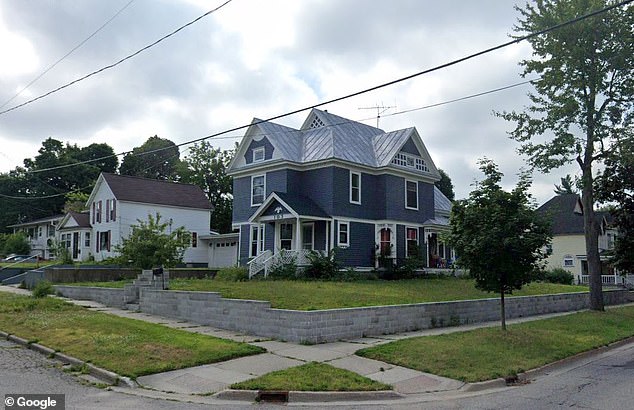 ‘I do some genealogy research as a hobby,’ said Peters to the Washington Post. ‘I started helping my own family, and I kind of caught the bug after that.’

Peters discovered a Roy McQueen in the 1920 census who lived at the same address where Keech now resides with her husband and two children.

McQueen, who was originally from Canada and moved to the United States in 1887, was married to a Nora Murdock and was the manager of a produce company.

The likely author of the postcard is Florence ‘Flossie’ Burgess, the daughter of Nora Murdock’s sister, according to Peters.

‘I found census records, death records and marriage records,’ he explained. ‘The postcard contained a couple of names and it had a destination, so I had an idea of where to start searching.’

‘I built a family tree,’ Peters said. ‘It doesn’t look like Roy and Nora had children, and Flossie seems to have remained unmarried, so there are no direct descendants.’ 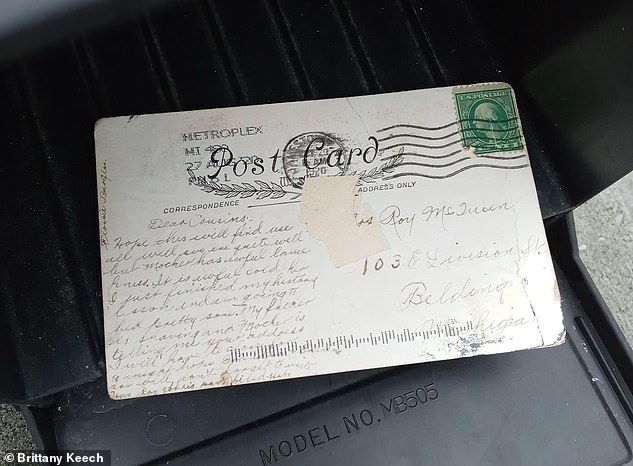 What she found tallies with Peters however she has managed to find a living relative – a grandniece of Roy and Nora whom she then put in touch with Keech.

‘I’ve been speaking with the possible relative and she is very interested in having the postcard,’ said Keech. ‘We’re talking about setting up a time to meet at some point.’

Although the Post Office has not explained the reason for the delay, one theory that was suggested is that card may have posted more recently.

‘In most cases these incidents do not involve mail that had been lost in our network and later found. What we typically find is that old letters and postcards – sometimes purchased at flea markets, antique shops and even online – are re-entered into our system. The end result is what we do best – as long as there is a deliverable address and postage, the card or letter gets delivered,’ the USPS wrote in statement.

Another possible explanation is that the postcard actually became stuck and lodged behind some post office machinery and only became freed after a recent refurbishment in an old post office.