Moscow: Russia will deploy anti-aircraft missiles in the Arctic for the first time since the Cold War as Moscow builds up its military presence in the far north. 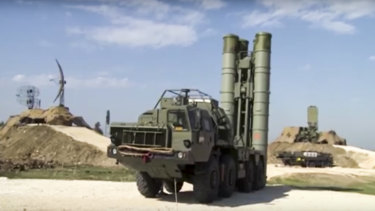 China has also bought technology associated with Russian S-400 air defence missiles, seen here being deployed at the Hemeimeem air base in Syria.Credit:AP

S-400 missiles, which can shoot down planes and cruise missiles from up to 400 kilometres away, will be stationed on the Arctic coast and islands by the end of 2020, the Izvestia newspaper reported.

The Defence Ministry, which did not immediately respond to requests for comment, said in December that units in the Arctic would be among those to receive S-400s.

New infrastructure is being constructed for anti-aircraft units along the north-east passage.

The installations are meant to protect the northern sea route to Asia, which Russia has been promoting as global warming melts Arctic sea ice faster each year. 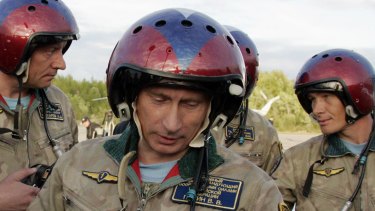 Russian President Vladimir Putin at an airfield near the northern city of Murmansk, Russia in 2005.Credit:AP

Officials said a seaport would be built at the Sabetta liquefied natural gas terminal on the Arctic coast and connected to the railway system.

The military has been building up its northern line of defences, starting a new Arctic brigade and revamping Soviet-era bases on polar islands such as Novaya Zemlya and Franz Josef Land.

Aitech Bizhev, a retired air defence general, explained the decision to Izvestia. He said, "In the case of a large-scale conflict, American forces were planning to strike a blow" against manufacturing hubs in central Russia through the Arctic.

Following last year's Trident Juncture war games in Norway, NATO countries have continued to hold exercises in the Arctic with an eye on Russia.

British Defence Secretary Gavin Williamson announced in February that the UK would send troops to train in Norway and fly submarine-hunting aircraft over the Arctic.