Two positive COVID-19 cases at the studio of sports radio station SEN has sent high-profile football identities into isolation and put the immediate future of radio and television programs in doubt.

Everyone who has been to the Southbank offices of the station's parent company Crocmedia has been ordered to urgently be tested after the media company, owned by Craig Hutchison, reported an employee's positive test last Friday. 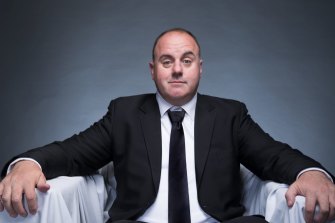 Immediate close contacts of the first COVID-positive employee, who is not believed to be a presenter, were sent home on Friday but presenters have subsequently recorded programs from the Coventry Street studio.

On Tuesday, a second case was confirmed and the Health Department issued updated advice for all people who had been at the studio before the positive test was recorded on Friday, including a significant number of football media figures.

Hutchison, a former host of the Footy Show on the Nine Network, pulled out of his hosting gig on Monday night's Footy Classified program, also on Nine.

Both McClure and Wilson were set to appear on Wednesday night's edition of Footy Classified.

AFLW player and commentator Daisy Pearce did not perform her commentary role on Channel Seven's Friday night telecast because she had been in the SEN studio earlier that week.

In a statement, a Crocmedia spokeswoman said "broadcast services will continue to operate under COVID-safe guidelines – with most of our Melbourne-based on-air talent broadcasting from home studios as well as the utilisation of other inter-state offices and studios as required."

"We are working with the Health Department to complete all of the regulatory processes and precautions," she said in a statement.

"We want to thank all of our staff – particularly our on-air and broadcast staff for their dedication and work practices during this difficult COVID-19 pandemic."