A NEWBORN baby girl suffered a fractured skull and bleed on the brain after being hit by a car in her pram as her mum and brother crossed the road.

Seven-week-old River was out with mum Amie Maitland, 30, and little Hendricks, three, when the white motor slammed into them. 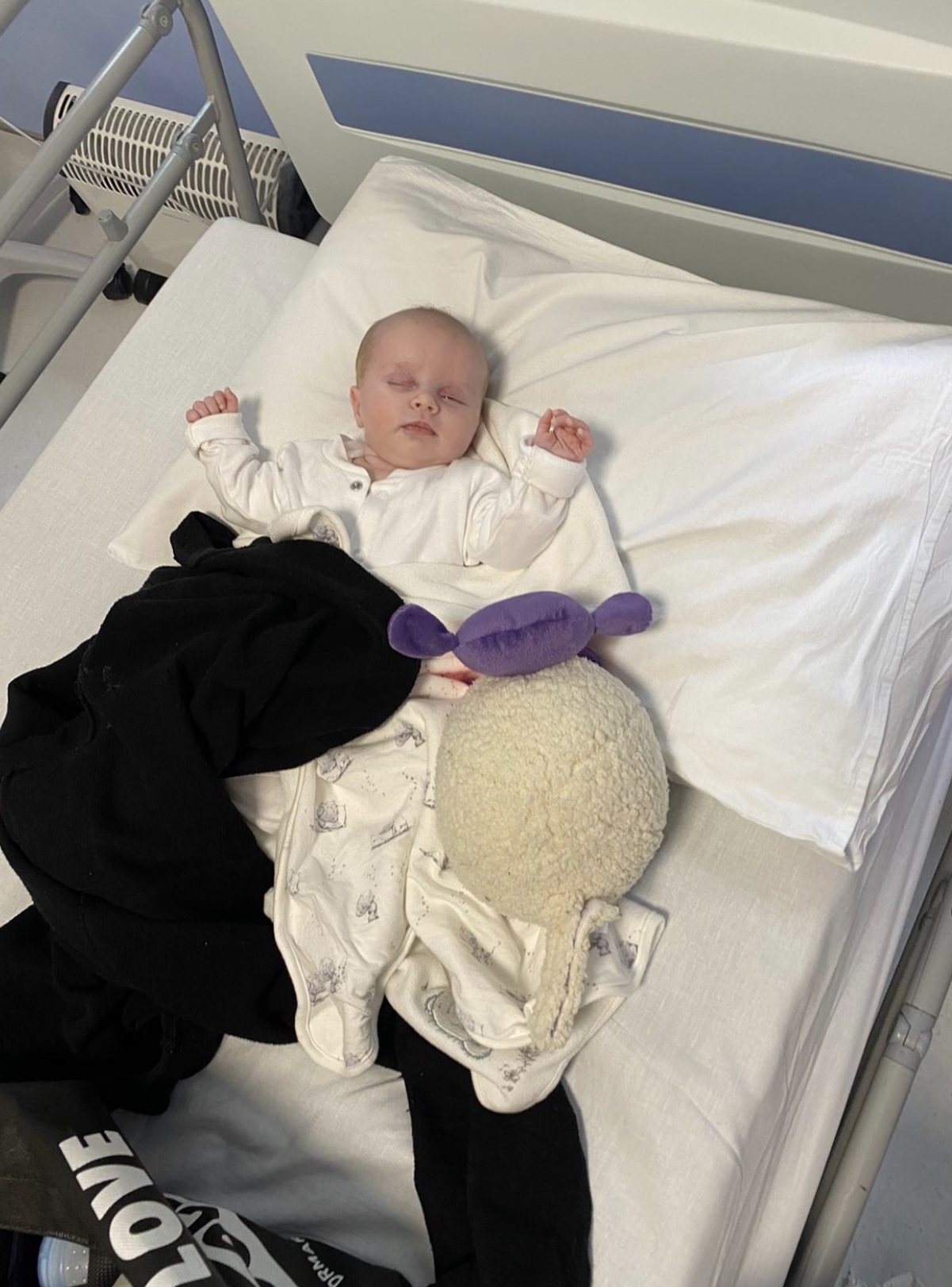 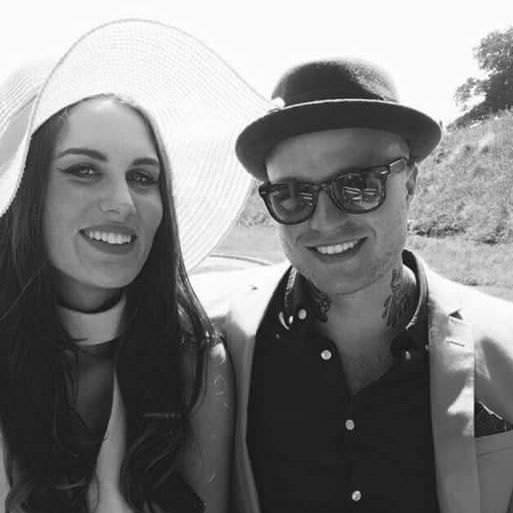 The pram was overturned during the horror outside Asda in Wrexham, North Wales, as the heartless driver fled the scene.

Baby River has now been left with a fractured skull and bleed on the brain following the hit-and-run on Wednesday.

Her parents have released a heartbreaking photo of the tot in her hospital bed in a bid to catch the culprit.

Dad Josh Russell, 29, told The Sun Online: "Amie has been in Wrexham General Hospital for two nights with River and they are liaising with Alder Hey Children’s Hospital and deciding what to do.

"Hendricks was a bit upset and traumatised on the day and Amie has been playing everything back in her head. Every time she closes her eyes she relives it – the bang of the crash and everything with the car driving away.

"The person responsible for this ought to hand themselves into the police, they clearly shouldn’t be driving on the roads.

"It could have been so much worse, if they had hit Amie and Hendricks as well as the pram.

"Only the day before Amie sent me a wonderful smiling picture of River, she’s such a lovely happy baby and very rarely cries.

"Now she’s in a hospital cot badly injured, but even then the other day she managed to smile for me, so we are hopeful that all will be well." 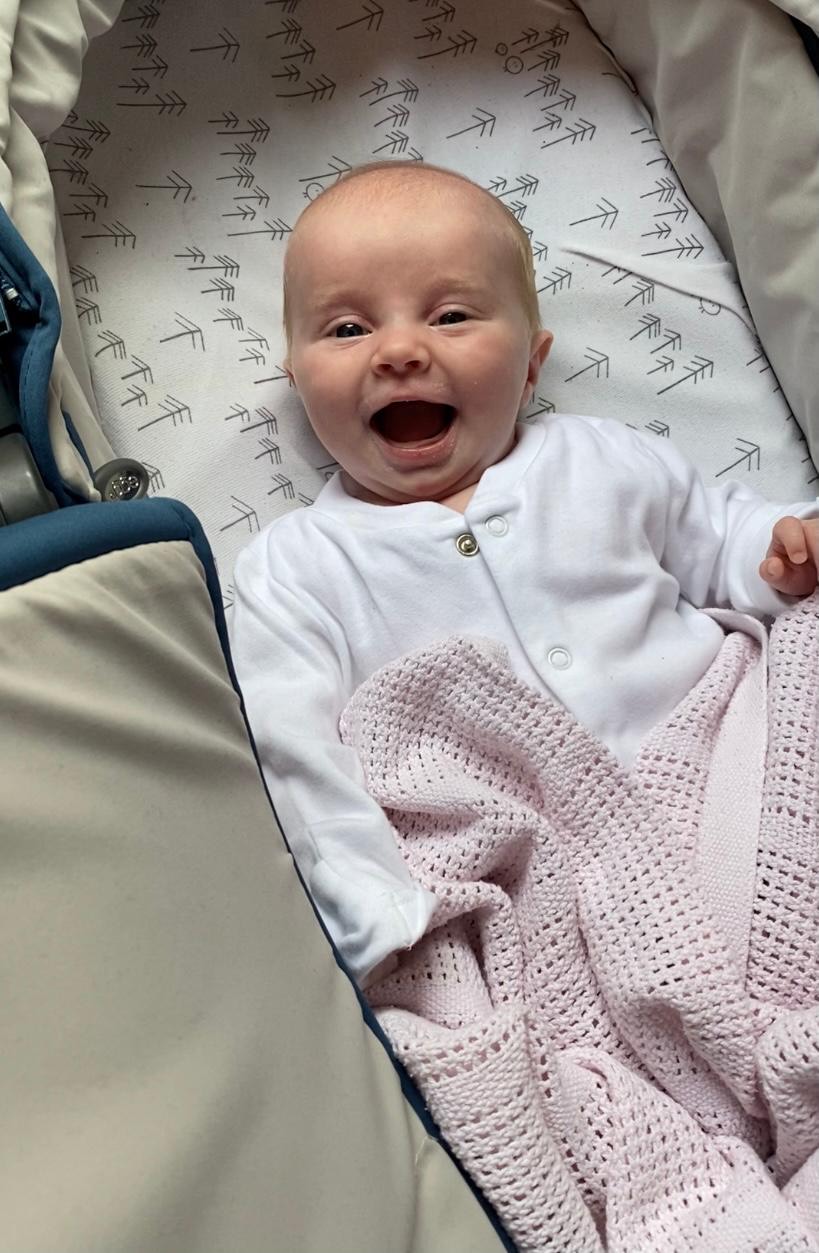 Amie posted on Facebook claiming the driver ran a red light as she crossed with the two children on Wednesday morning.

She also said no one stopped to help her after seeing the horror unfold.

Amie wrote: "Was anyone around Asda / old police station stretch of road in Wrexham approximately 1040am this morning see myself and my son crying trying to flag ANYONE down.

"I was crossing at the traffic lights opposite old police station – A white hyundai or Toyota (small box car on wheels similar to Peugeot 107) OVERRAN a red light heading towards Tesco and hit my pram out of my hands overturning in the road.

"My newborn 7 week old baby was inside. Driver drove off and NOT ONE PERSON FAILED TO STOP DESPITE MY BEST EFFORTS.

"Police are looking for CCTV I want this person to be caught. Baby currently in hospital undergoing observations – waiting on a scan. !!!!!!"

Josh has now hit out at those who failed to stop and help Amie in the aftermath of the collision.

The tattoo artist said: "I have lost a little faith in humanity – we have had lots and lots of supportive messages, but I cannot believe that nobody stopped to help.

"It’s turned out that River has a fractured skull and a bleed on the brain. It’s astonishing that nobody tried to help, it’s like everything is someone else’s problem."

Josh revealed baby River was a surprise blessing to the family after being born in the living room when Amie didn't even realise she was pregnant.

He added: "It was tremendous and a real shock.

"We cannot believe that in the space of just seven weeks that there has been so much trauma in the family – from the birth we had no idea was coming to this dreadful hit and run."

Police are now hunting the driver of the small white hatchback and have made no arrests.

A spokesperson said: "The car failed to stop and we are appealing for the driver to come forward.

"We are also appealing for witnesses to call 101 and ask to speak with the Roads Policing Unit quoting reference Y147907." 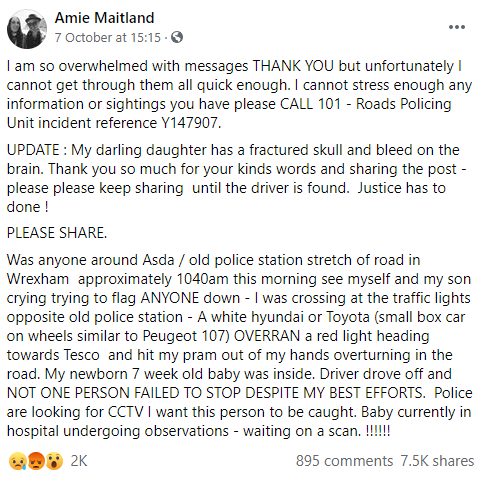 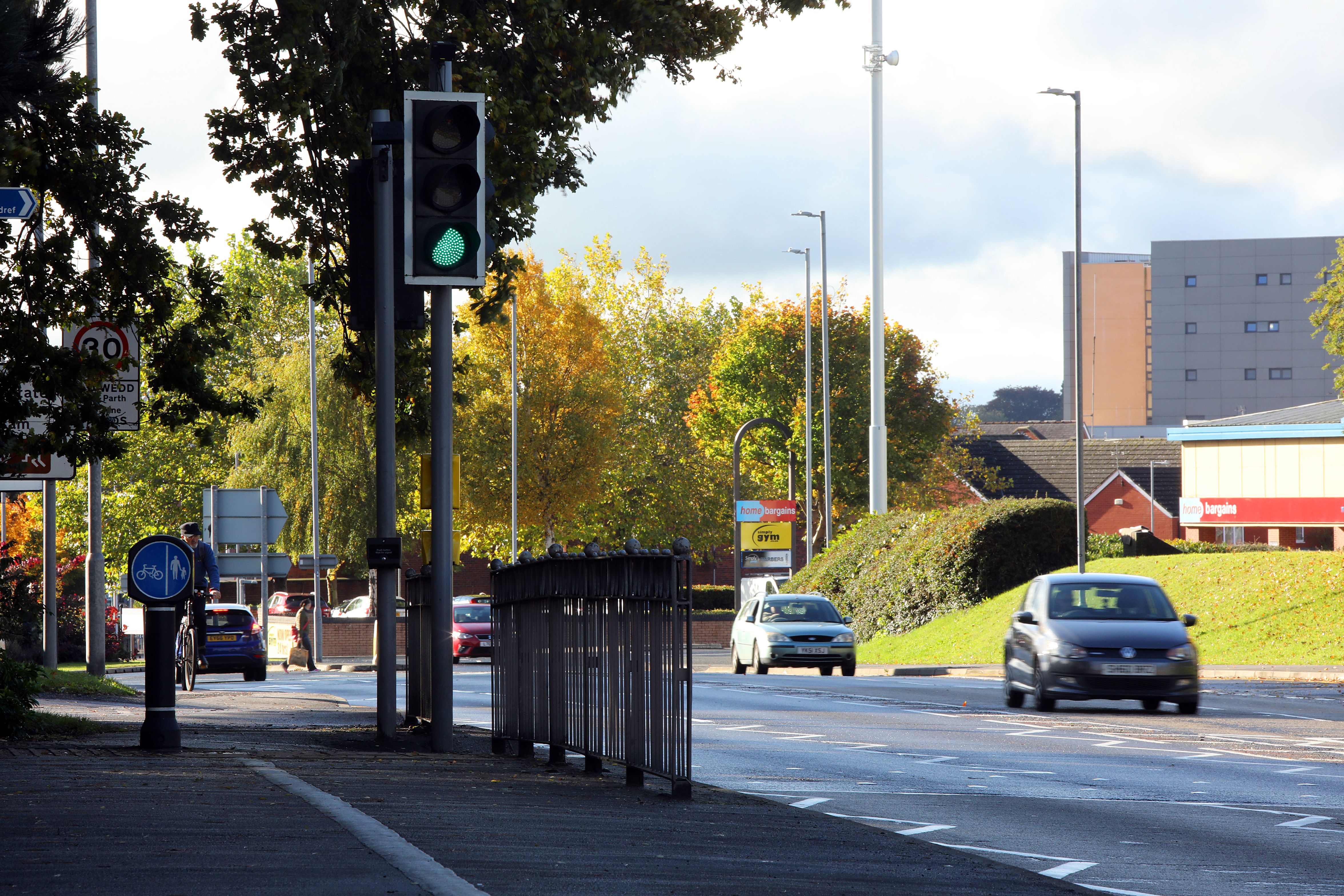