HORRIFYING footage shows the moment a New York landlord was fatally injured when he was pushed down a flight of stairs during an argument with a tenant.

Edgar Moncayo, 71, was trying to enter a property in Queens at around 3pm on Sunday when he entered a scuffle with the man, identified as 22-year-old Alex Garces. 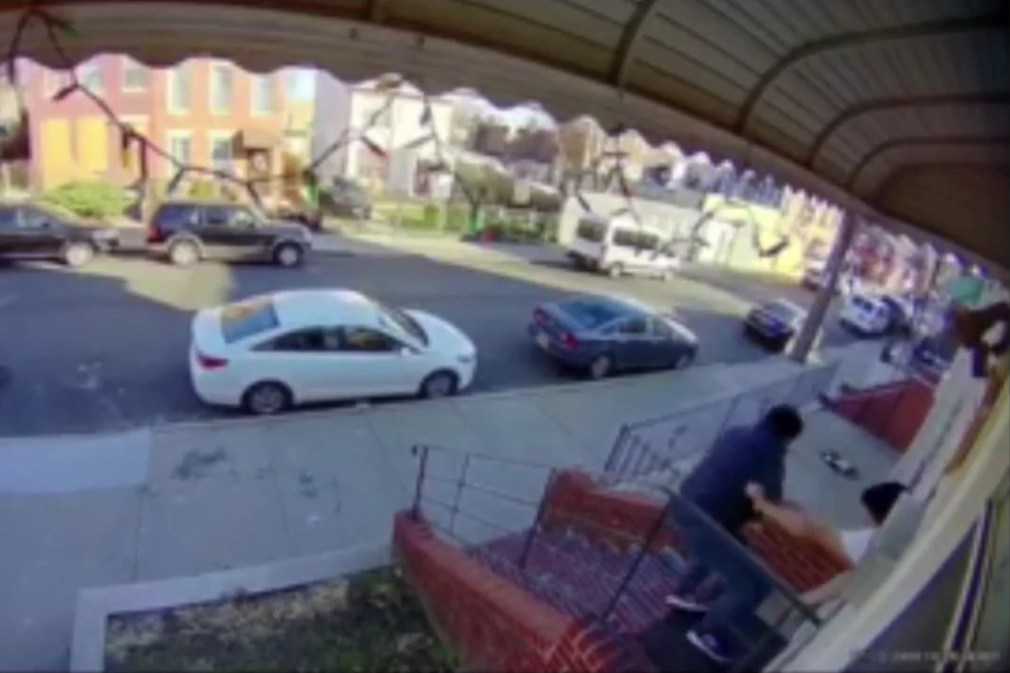 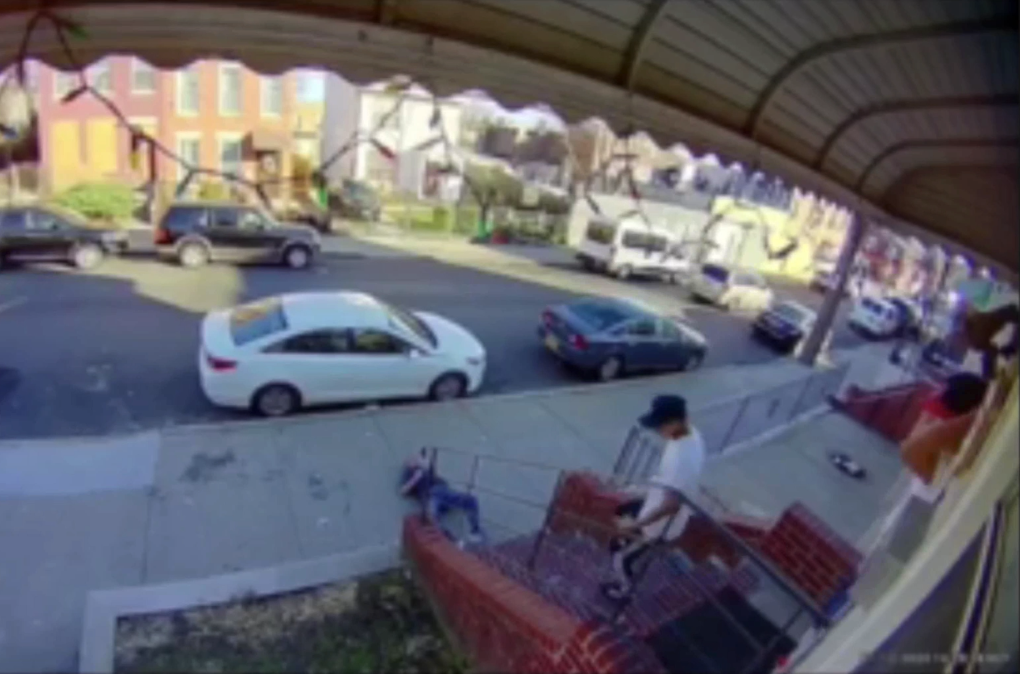 Video from a surveillance camera, obtained by the New York Post, shows him on the stoop of a home on 102nd Street in the neighbourhood of Corona.

He is standing with his hand on the door handle while talking into his phone when someone attempts to open the door from the inside.

Moncayo pulls back on the door in an effort to keep it closed before it swings open and a hand is seen slapping him back.

He then moves forward to enter the property while arguing with the person inside.

After stepping partially over the threshold, he is seen being pushed back forcefully and falling backwards down a flight of seven steps.

As he lands, a loud noise can be heard as his head appears to make contact with the sidewalk.

He then lies still as two young men emerge from the property and step past him.

One of the men walks past him and out of shot, but the second pauses when he sees that Moncayo appears to be unconscious.

He attempts to revive Moncayo, becoming visibly panicked and taking his phone from his pocket when he is unable to do so.

'I HAVE NO WORDS'

Moncayo, originally from Ecuador, is thought to have been chasing a late payment when the incident occurred.

He said Moncayo was kept on life support but pronounced dead at 12.30pm on Monday.

Moncayo is reported to have lived in the lower half of the Corona property and to have rented out the upstairs.

He is survived by his wife, three daughters, and several grandchildren.

A family friend told CBS Local: "I was like in shock.

Police sources said the tenant at first claimed the fall happened accidentally as he was trying to carry a mattress from the home.

He is reported to have said the mattress hit the front door and that the door cause Moncayo to fall.

Garces has been arrested and charged with manslaughter, police said. 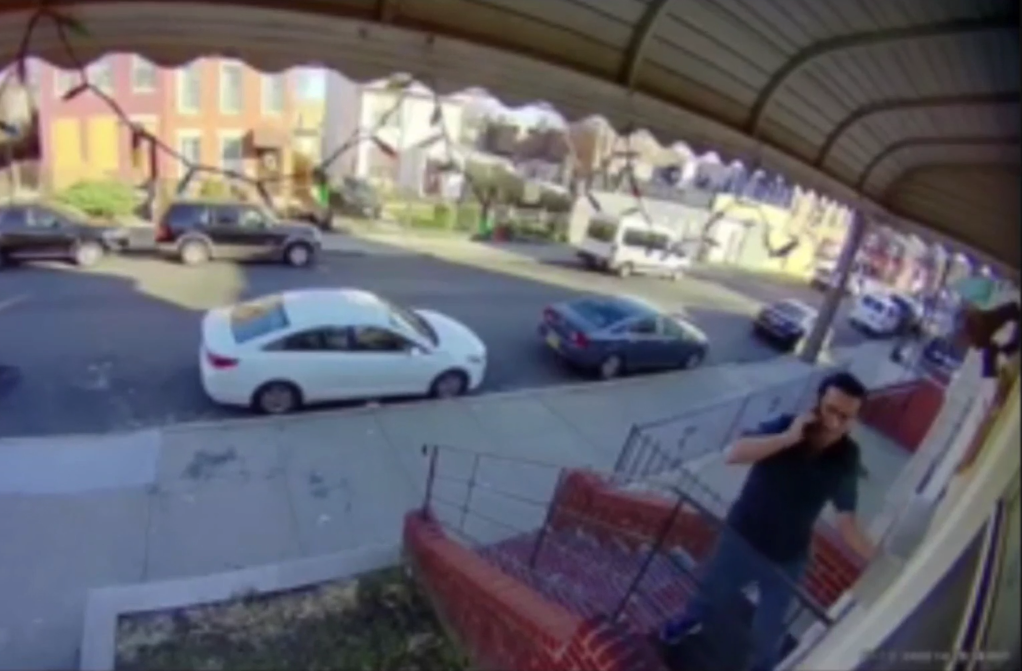 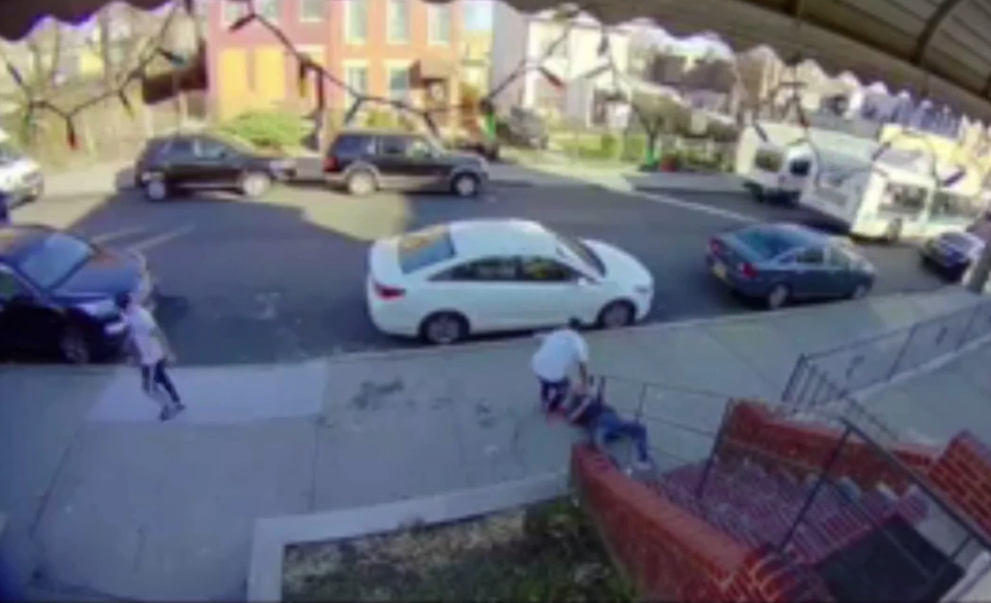 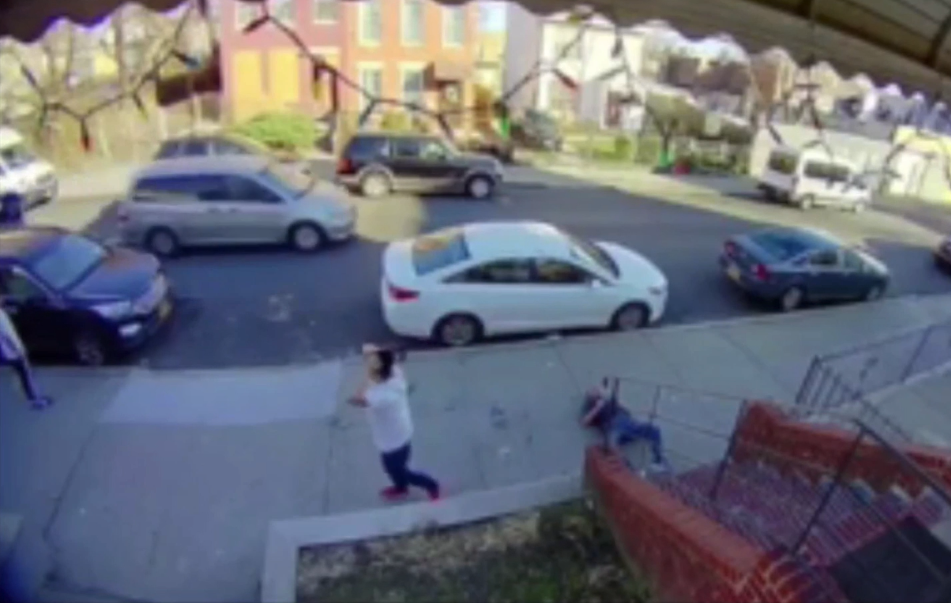